When your coach tells you there are planks to be done, think about 51-year-old Tom Hoel, the Danish fitness instructor who, over the weekend, held himself in the abdominal muscle-seizing position for four hours and 28 minutes.

The time is a new Guinness World Record. It bests the previous record by two minutes, which was held by Chinese SWAT team office Mao Weidong, who held the record from an October 2014 planking session which saw him take the record from Hoel by more than a full hour. 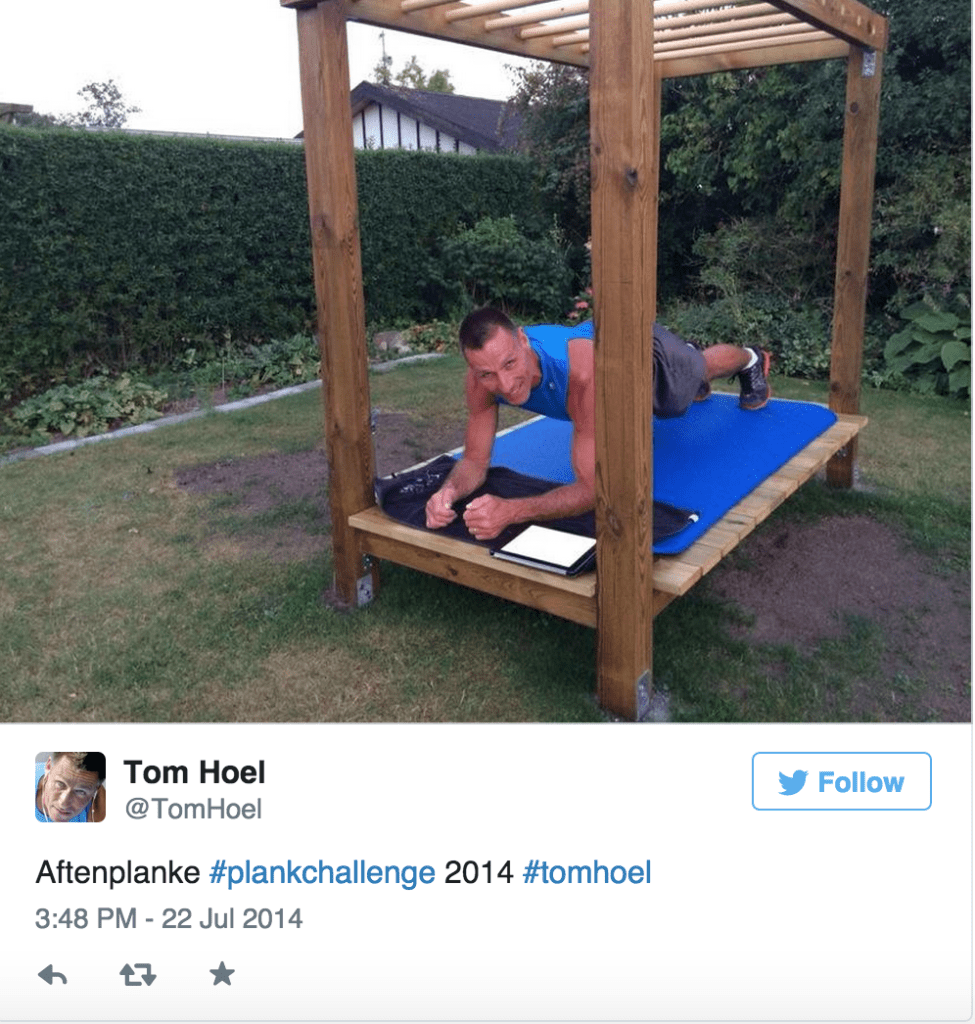 Hoel says he almost gave up at one point, not realizing how close he was to the record. “I have never pushed myself that far. I had a serious crisis for almost two hours,” he told Danish English newspaper The Local. “After mentally arguing with myself, I finally asked for the time at three hours and 41 minutes. I thought that I was still under three hours and was ready to quit but when I realized I that had beat my former record and the goal was within sight, I mobilized every resource in my mind and body.”

The two planking stars seem to have developed a rivalry, with Hoel expecting Weidong to attempt to regain the title. He told media in Jægerpris, where he set the record during a cultural event in front of spectators, he hadn’t drank alcohol for over four months to prepare for the plank.