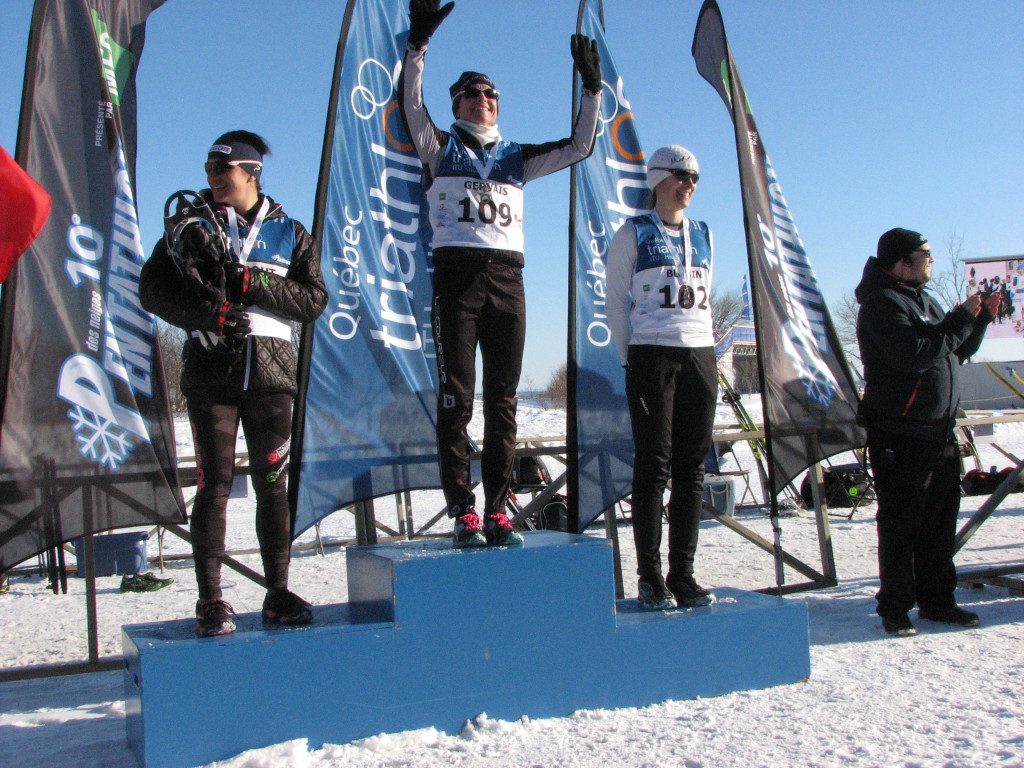 Canada swept the podium in the women’s race and came second in the men’s race at the first ITU Winter Triathlon in Quebec City on Saturday March 8th. The ITU is working to get the new triathlon format incorporated into the Winter Olympics, and as such, they have chosen all winter sports for the event. To start, athletes snowshoe for 5 km,  then skate for 12 km and finish with an 8 km ski. 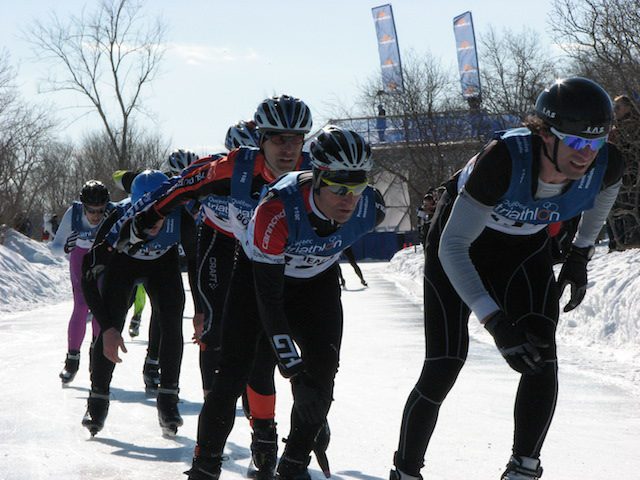 Annie Gervais, a professional half-iron distance triathlete, won the race in 1:14:44. Next in was Claude Godbout. She chased Gervais during the ski, nearly closing a gap of over 2 minutes, but finished just 12 seconds behind. Rounding out the women’s podium was Evelyne Blouin in a time of 1:15:19.

The men’s race was won by Slovakian Olympic biathlete Dusan Simocko in 1:04:33. Pulling in behind him, was Canadian Olympic biathlete Marc-Andre Bedard, in 1:05:03. Bedard tried to catch the Slovakian athlete in a sprint on the last lap, but it was too little, too late. In third place, was Pavel Andreev of Russia. 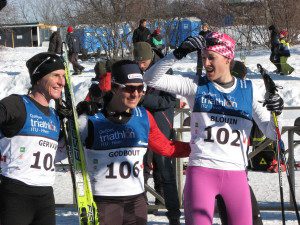 Both the men and women’s race featured a number of place changes, as certain athletes were more comfortable in certain sports, and no athlete had raced in exactly this format before.

Amber Ferreira, Canadian Champion in snowshoeing took an early lead in the women’s race, finishing one minute ahead of the pack. She was eventually passed during the skate and finished 9th.