Kyle Jones was recently named one of six athletes by Triathlon Canada and the Canadian Olympic Committee to represent Canada at the upcoming Pan Am Games in Toronto. Jones, a 30-year-old Oakville, Ont. native, is an Olympian hoping to win his first Pan Am Games medal after finishing fourth at both the Rio 2007 and Guadalajara 2011 Games.

Jones shared with us his swimming essentials for this week’s What’s in My Swim Bag. Following Coach Joel Filliol’s programming, he tells us that the focus of swim sessions for Filliol’s athletes is “very little fluff – long main sets, lots of steady and strength swimming.” The notable absence of fins, a kickboard and snorkel from his equipment emphasizes the goal of quality sets. For triathletes looking to improve their swimming, Jones recommends removing excessive drills and toys from their workouts and focusing on more volume and frequency. 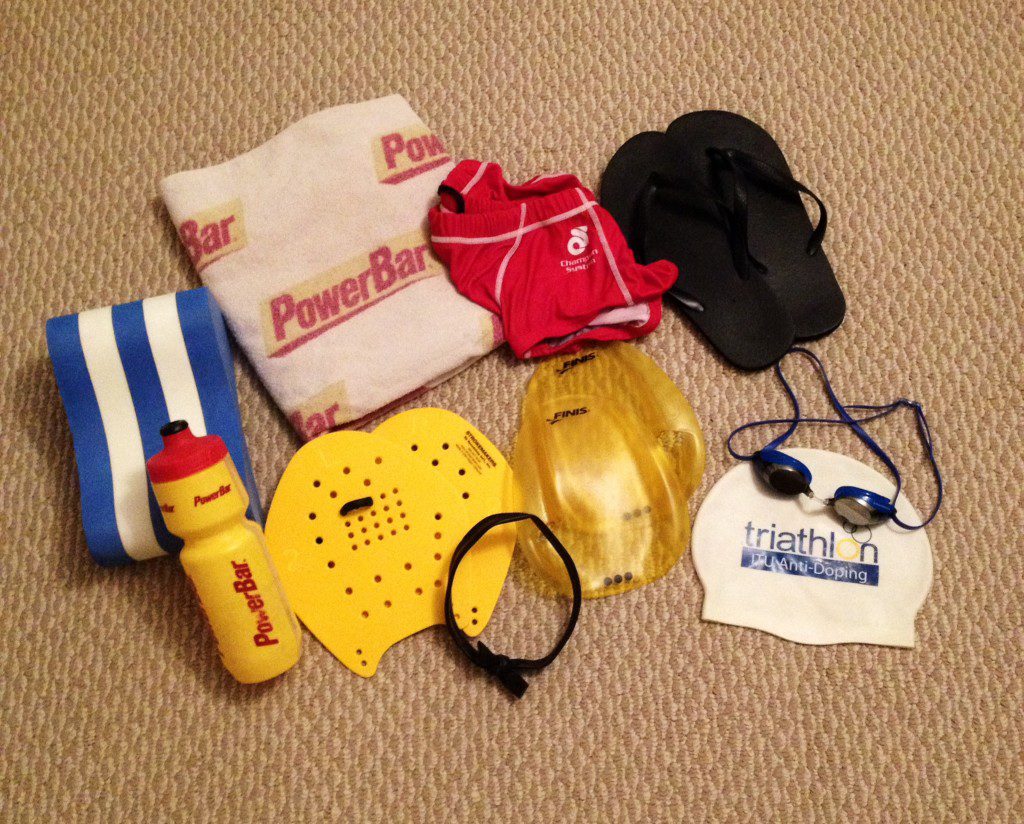