Running in cold weather can be very unpleasant, or it can be fairly fun–you get to choose. While it requires a bit of prep, with the right gear and a few relatively inexpensive items, winter running can be navigated successfully right through those bitter cold snaps.

A disclaimer from someone who has made all the cold weather mistakes and has the forever frostbitten patches of skin to prove it: err on the side of caution, and if you think you’re at risk of frostbite, or it’s simply too slippery out there, make the smart choice to cross train, find a treadmill, or skip a workout–you’ll survive.

Goggles aren’t just for skiing in

If you’re a diehard outdoor runner, a pair of ski goggles may be your new best friend. They were a game changer for me when I began logging a lot of cold outdoor mileage during COVID (and since). I discovered the perks of the ski mask the hard way: my vision began to blur in the final 5 km of a 50km ultra I run annually in February (usually around -20 C). I had to speak loudly to see if there was anyone near me, and then ask the person who responded to guide me toward the end of the race, where my mildly horrified son escorted me over the finish.

I assumed I was experiencing snow blindness, but over the next few hours, my eyes burned so painfully that I went to have them checked out. My eyeballs had been extremely scratched by my frozen eyelashes, and while they healed fine, it was a few days of very painful blinking.

While I don’t need to completely cover my face until about -15 C, once it gets really cold I happily don my mask, and you should, too. Not only does your face stay warm and protected inside the goggles–you really don’t need to worry about people giving you peculiar looks, because hey, you’ll be one of the very few who are even out there.

Everywhere. Slathering Vaseline on your face or any part of your body that may be exposed to the cold and wind will help lock moisture in, and prevent your skin from feeling dried out and wind-burned after a run in the elements. Make sure to use sunscreen, as well, first.

Vaseline does not protect you from frostbite, despite what some runners think–so keep extremities covered, and if it’s particularly cold out wear a balaclava and, you guessed it, a ski mask. 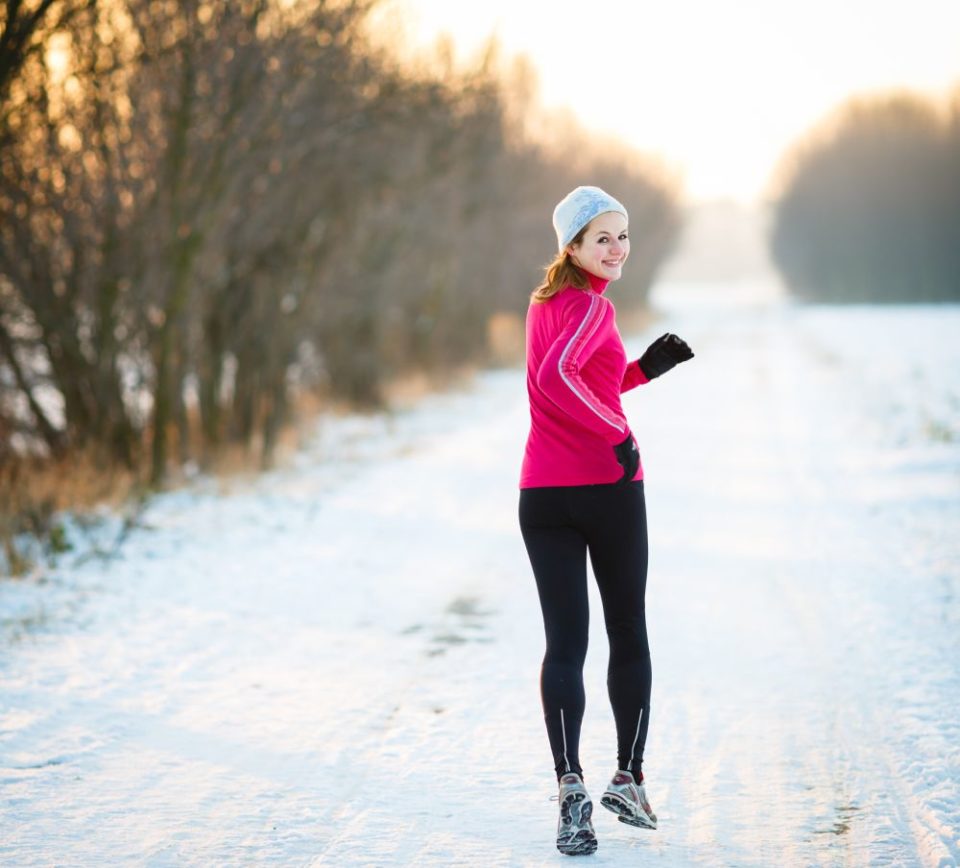 OK, this one isn’t that weird–it’s not as obvious as it sounds, either. Weather can change quickly, and on more than a few occasions I’ve found myself gleefully setting out on a sunny (but cold) day for a long run, only to find myself trudging into a biting wind several hours later, desperate for rescue.

Frostbite can happen quickly, and the damage it causes can be irreversible. While it may seem frustrating to do a long run in loops staying relatively near your home, the relief of being able to get into a warm place and take cold gear off in mere moments is well worth it.