When I first started getting into triathlon, I went and saw a Naturopath. He told me that I should avoid dairy like the plague and so ever since then, I’m one of those guys that asks for almond milk instead of two per cent. For years I gave up some of my favourite foods because they were traditionally loaded with dairy, risotto being one of them.

It wasn’t until recently when my girlfriend decided to cut out all animal products that we started to look into alternatives for both her and I. One night we decided to try our hand at a vegan risotto and since then, it has become a staple meal…assuming we have the time to make it (give yourself around an hour from start to finish.)

Below is our take on a lemon asparagus risotto. This recipe makes quite a lot (think lots of leftovers for a quick, easy meal post-training!) so make sure you use a deep enough skillet pan.

1 whole lemon cut in half 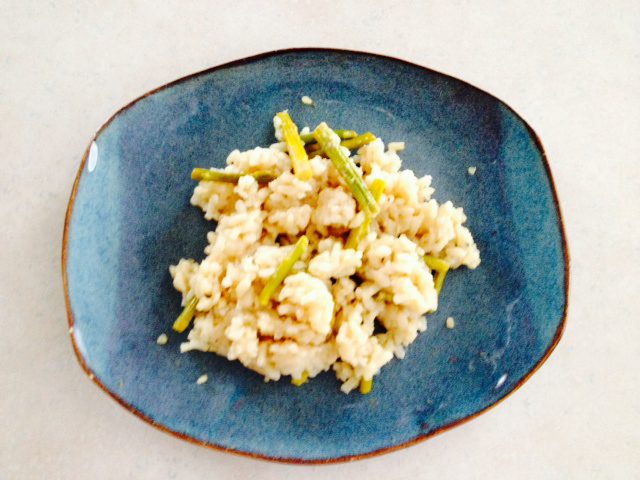