There are few conversations in the swimming world that generate as much controversy and heat as the debate over swimming drills. Most coaches and athletes argue fervently for one side or another – it’s a black and white issue for them. The evidence they use to fortify their stand is almost exclusively anecdotal because, to my knowledge, there hasn’t been much in the way of peer–reviewed study on the issue.

Gerry Rodrigues of Tower 26 has been known to give single armed sessions that has many shuddering at the shoulder, while Joel Filliol went viral with his “20 Rules for Swimming Faster” in 2012. Rule #2 read: “Traditional drills don’t work.”

There is virtually no daylight between Filliol’s position and my own on this matter.

But it’s important to note, that Filliol goes on to say: “The type of drills, and the way that most triathletes do them, don’t actually have any material effect on swimming technique.”

It’s the type and the way they’re done that matters.

So the short answer to the “do they work” question is: no, but sometimes yes.

I rarely, if ever, give traditional drills in any of my swim sessions. Like Filliol, I’ve just not seen a return on the training investment. 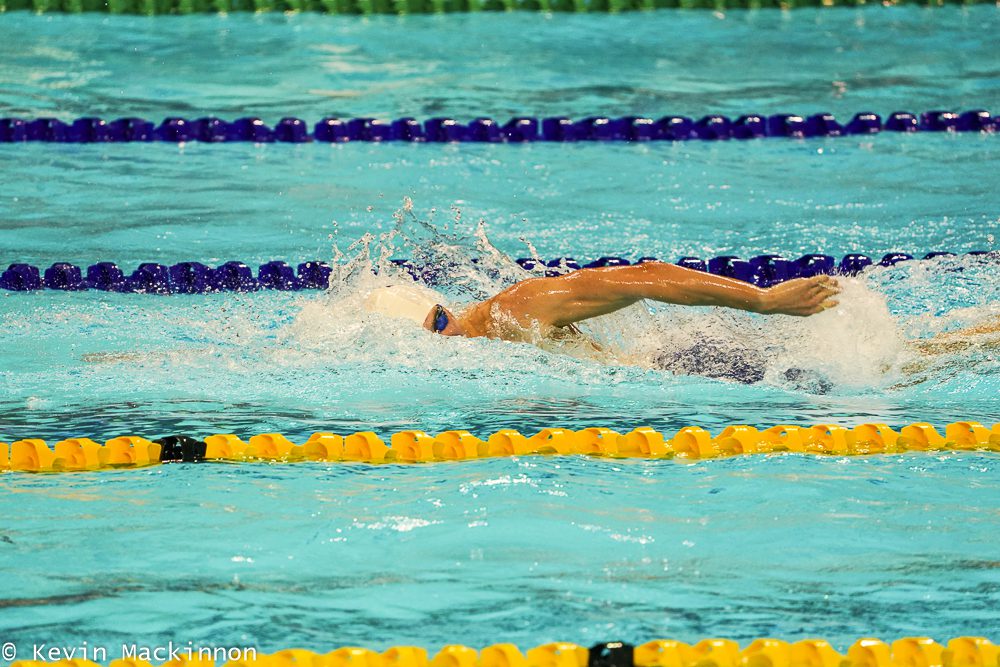 But don’t stop reading here. It’s important to understand what a drill is and what separates it from just swimming. We might think about a drill as being a method of inspiring stroke correction by isolating a variable of the stroke. Take something as simple as fist swimming. By removing your “paddle” you might be motivated to get your elbow up and find more surface area with your forearm.  While that could, in theory, work, it rarely does.

The challenge is that too many coaches will prescribe four or five fifties of it, the athletes thrash through the set, and then move on.

Creating a new neural pattern requires repetition, a lot of it, and the movement needs to be “correct.” Practice does not make perfect. Perfect practice makes perfect.

Related: Swim training post COVID – getting back to the pool

And, even if you master swimming with fists, then you have to be able to open up that fist and apply what you’ve learned to the full stroke. Here again, we see the gap between time invested and skills gained. Any time we learn to do something new in the water I think we, in some small way, become better swimmers. But we’ve got three sports to work on. We need to do our core and strength work and, somewhere in there, some of you need to make a living and check in on the family once in awhile.  But I wrote that sometimes drills work. When? Well, if you want to work on your dropped elbow, or your weak initial catch, and you want to do it by putting on a snorkel and doing some single-arm work, then it’s possible you “might” succeed, but you’ll need to do many hundreds of meters of this every time you swim, and you want to break it up so that you are constantly following the single arm with straight swimming. So a set might look like:

Here you must focus on translating what you learned during the single arm drill. That’s 500 meters of single-arm. Now, after about 100,000 meters or so, there’s a chance you might see some improvement.  I’m not going to bet on it, but it’s possible. That’s how you work on a drill.

But what we usually see is an 800 meter warm up with maybe 200 meters of drill – and that drill changes constantly or is simply the ubiquitous “Drill Choice.” It might be a nice way to warm up, but it’s not likely to help you with your stroke.

If you come to one of my swims, you’ll see “RPS” written on the board – Relaxed Perfect Stroke. RPS is one of the ways I favour to work on weaknesses in the stroke. By removing the pressure of time and effort, the swimmer is able to focus on the elements of their stroke that need work in a way that is much closer to “race swimming.”

RPS swimming is different than easy swimming. During RPS swimming, the swimmer must stay focused and on task. It’s not recovery time – even if there’s an element of recovery while doing it. So, you focus on a perfect stroke and merge that into strong swimming where you work to hold onto that nice stroke as you step on the pedal.

I’ve been using the term for a decade now and I actually regret the word “Relaxed.” It was a poor choice. One day I’ll go through all my swims and switch it to “Focused” – FPS.

It could be argued that every time you grab a toy you’re doing a drill and if you want to make that argument, then I’m all for drills. Band only and drag (parachute, bucket, towel) swimming are excellent ways to build strength and smooth out dead spots in your stroke. I have found the fear of drowning to be a wonderful incentive for swimming better.

Drills might be able to help some swimmers, but it is rare. A good coach with a healthy respect for toys and focused swimming is a far more effective way to improve your stroke.

This story originally appeared in the March, 2021 issue of Triathlon Magazine Canada