It’s well-known that strength training alongside a good running or triathlon regime can improve your running performance, but as you approach your goal race, too much strength work can do more harm than good. Research has shown that reducing or completely eliminating strength training from your routine in the days and weeks leading up to a race can benefit performance, but is there a sweet spot? That answer is less clear.

In this 2021 study published in the journal Sports, researchers had eight runners follow an eight-week training program that included either plyometric or dynamic strength training alongside their running routine. After the eight-week period, the runners stopped strength training for four weeks. The participants performed a series of tests before the study, after the eight-week training protocol and after the four-week cessation period. These tests included an energy cost of running (Cr) test, a VO2 max test, a lower-body maximal power test, countermovement jumps and a 3,000 m time trial.

The researchers found that after four weeks without strength training, nearly all of the runners (seven out of eight) saw an improvement in performance, and they attributed this change to an improvement in their Cr values. In other words, the runners didn’t lose the strength gains they had made during that time, but by stopping their strength program early, their bodies were better able to perform in a race simulation. “This brief report suggests that Cr improvements observed after an 8-week concurrent training period were maintained despite a short-term (4-weeks) explosive strength training interruption,” the researchers concluded.

The researchers admit that the small sample size of their study does reduce its credibility to a degree, however, and more research is needed to confirm their findings. 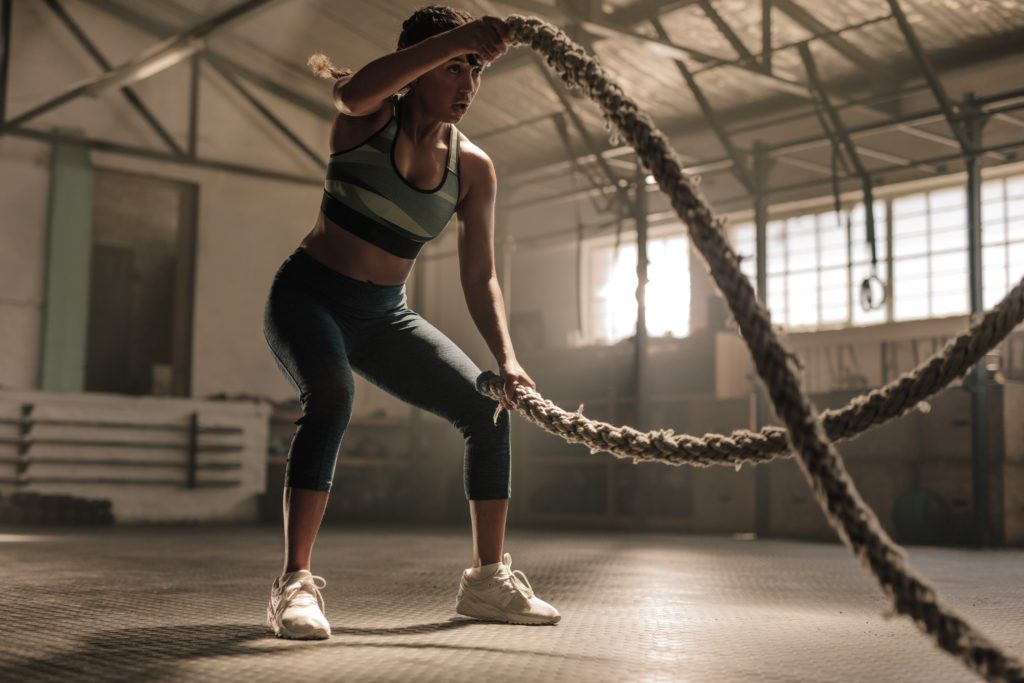 A recent study published in the Journal of Strength and Conditioning Research asked the same question, this time using cyclists as their subjects. The goal of this study was to understand how six weeks of resistance training cessation affect mechanical muscle function and cycling performance. Like the runners, the cyclists in this study did eight weeks of concurrent training (strength training and cycling), followed by a period of six weeks when they stopped strength training, but continued cycling.

The researchers measured maximal leg extensor power, isometric leg extensor strength, rate of force development, and long-term cycling performance (2-hour submaximal cycling at 55 per cent of power output max), followed by five minutes of max cycling, and found that after eight weeks on the concurrent training program, all of these values improved.

After eliminating strength training for six weeks, they found that the cyclists didn’t lose the strength and performance gains they had made in the preceding weeks, causing the researchers to conclude that “competitive cyclists can focus on cycling training alone for at least six weeks leading up to competition without losing attained gains in maximal muscle strength and cycling performance achieved by preceding periods of concurrent resistance training.”

The importance of strength training is more than just performance

What does this mean for triathletes?

There are a few points we can take away from both of these studies. The first, and perhaps most important, is that strength training alongside a good running or triathlon program does improve performance. The second is that you should cut back on your strength training in the six weeks or so before your goal race to zero in on your specific race training.

This makes sense because four to six weeks ahead of your goal race should be your peak training weeks (when you’re doing your longest long brick workouts and hardest workouts) before you start to taper in the final two to three weeks before your race. Of course, all of these numbers will change slightly depending on the distance you’re running (a full-distance athlete will likely taper longer than someone competing in a half- or Olympic-distance triathlon), but the idea applies to all triathletes, regardless of the distance you’re training for: the closer you get to your race, the more specific you want your training to be.

Tapering into your first triathlon

This doesn’t mean you should throw your strength training plan out the window completely in the final stages of race prep, but you should shift your focus from trying to make big strength gains to doing lighter, injury-prevention movements to keep you healthy and get you to the start line.