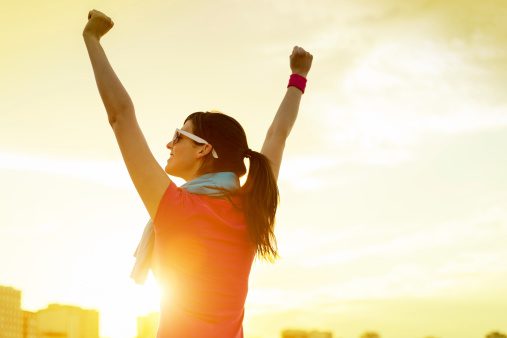 A new study gives you yet another reason to become a morning runner. Get up early, get outside to soak up the sun early on and you could lose weight.

Researchers from Northwestern University Feinberg School of Medicine conducted a study (published in PLOS ONE) where 54 participants around the age of 30 were given wrist monitors to track their morning sunlight exposure. They also recorded their caloric intake.

The results showed that those who tracked more morning sunlight exposure had lower BMIs. Those results were constant despite their age, diet or level of activity.

The reason could be that early morning light exposure sets the body’s internal clock making for a more steady circadian rhythm. When that happens, a person will have a more regular and more natural sleep cycle. Better sleep in turn leads to a more efficient metabolism. Plus, morning light is stronger than light during the rest of the day. It has more blue light which has a stronger impact on the body’s circadian rhythm.

So when you set that alarm, there are many benefits to rolling out of bed (even if it doesn’t feel like it first thing).