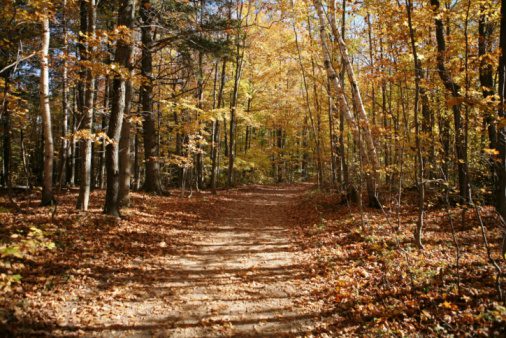 What many runners already know may have gotten a bit more research behind it: spending time on the trails seem to reduce stress and make you happier.

A new study looked at people who were walking, but there is ample previous research reporting that spending time outside and on the trails doing any physical activity is a great stress reliever. The study lasted 13 weeks and the sample group was selected from those who choose to walk regularly and those who did not. They were not directed which group they would be a part of, which was an important difference from previous research on the subject. Though the study’s participants were off all ages, about 88 per cent were 55 or older.

The study, involving 1,991 individuals from England who partook in at least one of the country’s Walking for Health programs, has found those who reported walking in the forest or in nature at least once each week were happier and suffered from less stress. The study was published this month in Ecopsychology.

With the fall setting in and leaves changing colour, there’s no better time to be out on the trails, running or walking. This is just one one piece of research in a growing body that suggest simply getting outside and doing physical activity has not only physical benefits, but mental and emotional benefits as well.