Running gait analysis aims to tell you how to run. But sometimes your body knows better than the professionals. When, if ever, is it right to change your running form?

From barefoot to Chi Running, to the pose Method of running, there’s been a rise in the popularity of running gait analysis over the past few years. There are two types of gait analyses available which are conducted for one of two reasons: performance enhancement or injury treatment/prevention. The first type of testing involves one video camera which takes multiple views of a runner. This is a subjective assessment but the use of slow motion video helps isolate some common running f laws like over-striding, hip drop, knee collapse or the audible sound of a heavy heel strike. Allowing an athlete to see his or her own physiological imbalances can contribute to a proprioceptive self-correction. 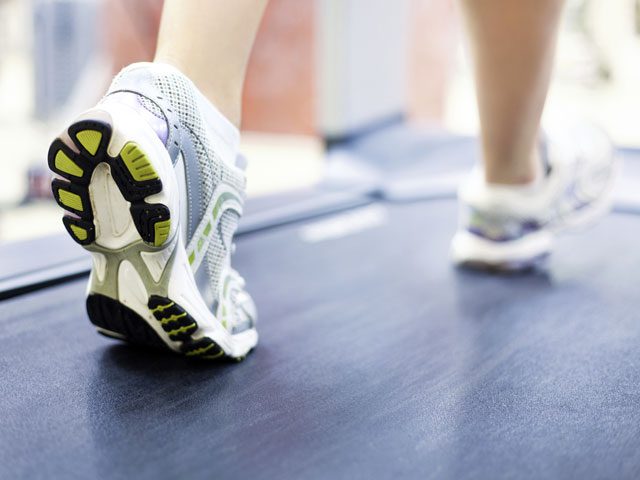 Despite the increase in such testing, there’s little evidence that changing technique can change performance. When implemented for injury treatment and pain management, however, there’s stronger research indicating effectiveness. Nonetheless, any changes resulting from gait analyses should be done over time and with caution. The second assessment is more comprehensive involving 2.5 hours of testing and analyses, and is more expensive ($495) providing an abundance of data. Scientifically-oriented and technologically driven triathletes might be compelled by the 3d Performance Assessment. It uses hi-speed Vicon cameras and a motion capture system to accurately track and measure specific running kinematics in all planes of motion. Three-dimensional kinematics of the ankle, knee, hip and pelvis are calculated and compared to a normative database of over a thousand runners.

Both of these assessments require clinical decision-making. Your coach or therapist needs to know what possible kinematic movements might be related to injuries or excessive loads on the body. They must also know that not every perceived “f law” in running form is really a f law that relates to injury. This is where assessments become dangerous. It’s easy to focus on things that look different but actually have nothing to do with injury. Making changes to these “red herrings” can cause further problems.

Should you change your form
If you’re new to multisport and new to running then a simple running assessment might help provide you with some cues to characteristics common in good runners. These are the general but important cues such as “running tall,” (which involves keeping shoulders down and back straight), “relaxed and simple arm swing” (aim to drive elbow back but not forward – the arm comes forward on its own like a spring) or “driving with the hip” (think of driving the knee up and forward increasing the force into the ground and causing the knee to flex).

If you are injured and your assessment has revealed a movement associated with injury you have to weigh the pros and cons and decide if it’s worth changing. Take the following examples:

Sports medicine clinics are not equipped to measure the forces on the body during running. We can assess a runner’s foot strike pattern and stride rate. If a runner has a history of stress fractures coupled with a crashing heel strike and low step frequency we can reason that perhaps there is too much stress through the lower leg. We know that increasing cadence can decrease impact loading rate (a factor related to injury) so we can reason that in this instance, changing this runner’s form is advisable.

On the other hand, consider a runner exhibiting high degrees of pronation and very high pronation velocity who has been running for years without injury. In this case, the runner fully adapted a f lawed gait to those movement patterns and the effort of changing technique might outweigh the benefits.

Injury and pain are often the best reasons to get your form assessed. If you’ve been racked with injuries for years or are currently injured, now would be a good time to assess form.

Take action
Changing your running technique primarily redistributes the stresses placed on your body. Changing to a mid-foot or forefoot strike simply increases the stress on the ankle rather than the foot. The same applies to barefoot running. Thus any gait changes should always occur slowly. Increasing step rate is another common intervention. It has been shown to decrease the loading rate when the foot hits the ground as well as changing the load throughout the body. In some ways, it redistributes the load over time (more steps to spread out the work of running).

Orthotics and shoes are often used to modify running style but there’s little evidence that they actually do this. They might certainly inf luence the stress distribution at the level of the foot but the changes in form at the knee or hip are minimal. They still might help your aches and pains but often not for the reasons we think.

In summary, running analyses can be helpful but should not be considered a cure-all. Being injured is the best reason to perform an assessment but remember that any changes made come at some cost and should always be gradual.

Greg Lehman is a physiotherapist, running injury therapist and chiropractor at the Urban Athlete and at Medcan in Toronto. Follow him at thebodymechanic.ca.