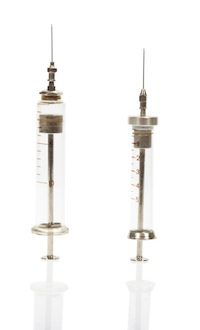 Even thinking you’re doped can make you faster.

Recent research on how the placebo effect improves race time on running found that athletes who thought they were using an EPO-like performance enhancer actually performed better, even though they were taking a placebo.

Researchers had 15 trained runners help with the randomized crossover study. The men were between the ages of 20 and 35 and had an average 10K time just over 39 minutes. All the participants ran two 3K time trials, one at the beginning of the study and one at the end. The time trials were seven days apart.

Some of them were given OxyRBX injections, a drug they were told had effects similar to EPO and would make them better endurance athletes. The catch? OxyRBX was just a saline solution, not a performance enhancing drug. The others went about their normal week without any drug or placebo.

Though half the runners were only injecting themselves with a placebo, they still saw a big jump in performance over the other runners who didn’t use anything. The OxyRBX group saw, on average, a 9.7-second improvement over 3K and talking with them after the study showed many felt more motivated, thought they recovered better and noted racing the 3K after the week of supposed drug use took less effort.

“The placebo may work by reducing perception of effort and increasing potential motivation in line with a psychological expectation of performance,” said Jason Gill of the University of Glasgow, where they study was done. It was published in the online journal Medicine and Science in Sports and Exercise.

The control group improved, on average, less than two seconds.

The gains from the placebo, at 1.2 per cent, are notable, though not as great as actually taking performance enhancing drugs.