Norway has long been known for producing some of the world’s best cross-country skiers, but in recent years the small Nordic country has also been turning out several other world-class endurance athletes. Kristian Blummenfelttook home the gold in the men’s triathlon at the 2020 Tokyo Olympics, Gustav Iden is the two-time Ironman 70.3 world champion, and the Ingebrigtsen brothers are amongst the world’s most famous track athletes, with Jakob taking gold at the Olympic 1,500m final. How are so many incredible athletes coming out of such a small country? Olympian, doctor, and coach Marius Bakkenrecently published a lengthy article about the Norwegian training system, and their approach may surprise you.

Canadian Running Magazine’s Brittany Hambleton looks at the Norwegian approach to training from a running perspective, but many of the principals make sense for triathletes, too.

Before we get started

The article, which can be read in full here, is very lengthy and includes a tonne of detail. It is a bit heavy, so we’re going to pull out the main points to give you an overview so you can apply some of the Norwegian training principles to your own training.

Before we do that, there are a few important things to keep in mind. The first is that these training principles have almost exclusively been tested on elite athletes, who are genetically different from the average runner. This doesn’t mean that none of these principles apply to recreational runners, but understand that your results may differ depending on your age, sex and experience.

With that in mind, here are the big takeaways from Bakken’s paper:

This is important because there are two factors that might cause you to slow down during a race or a hard effort: mechanical factors (your musculoskeletal, neuromuscular and biomechanical systems) and your aerobic system (your heart, lungs and cells). For many athletes, their aerobic system tends to be the limiting factor between the two.

This is where your lactate threshold comes in. Lactate is a by-product of glucose metabolism and energy production, and your body can re-cycle that lactate to be used to produce even more energy using a lactate-shuttling mechanism. When that mechanism is over-stressed, your lactate levels rise, you accumulate fatigue, and you have to slow down. Raising your lactate threshold (the point at which lactate begins to accumulate) can produce significant performance benefits.

This is the reason why the Norwegians focus the majority of their interval work at that lactate threshold zone. Could they go faster? Absolutely. But they would be missing out on the aerobic benefits. Of course, most recreational athletes don’t have the tools to monitor their lactate threshold, but you can keep yourself within that zone 2 range during an interval workout using effort-based cues, like running a pace you can maintain for an hour, running 15K or half-marathon pace or simply by avoiding that muscle-burning feeling (a sure-fire sign you’ve accumulated lactate).

Running at this pace also allows you to do a much greater volume of intervals (as long as you have the base to do so), which will ultimately improve performance.

A small amount of high-intensity work 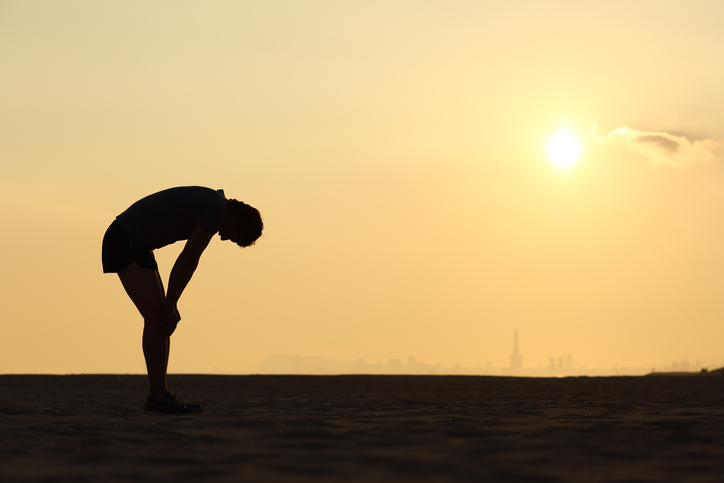 As we mentioned above, the Norwegians don’t neglect high-intensity work altogether. In his description of the Norwegian training system, Bakken still includes top-end, high-intensity (zone 3) work, but it is primarily made up of fast strides and short hill repeats. This type of work will develop those mechanical factors mentioned earlier, which will improve your speed and power.

The Norwegian training approach operates on the principle that you don’t need a tonne of volume at that intensity to elicit the desired training effect. This is because, for most runners, the speed you can run will be largely dictated by your aerobic capacity.

The caveat to this, as explained in this article, is that younger athletes, or less-experienced athletes, may need to spend more time developing their speed at their VO2 max in order for this type of training to be effective. This may also be true for athletes who aren’t able to do a tonne of volume in their training, either because of injury issues or time constraints.

According to Bakken’s paper, one of the biggest differences between the Norwegian training model and other training models is the inclusion of days when the athlete does not one, but two threshold workouts. Of course, the concept of doubling (especially for triathletes) is not new. In fact, it is a very commonplace practice for most elite runners. In most cases, though, the athlete will do one workout and one recovery run in the same day, not two workouts.

If doing two hard workouts in one day sounds outrageous to you, remember that both of these sessions are threshold workouts, so athletes are not running at their all-out max. When these workouts are run at the correct intensity, athletes don’t accumulate too much fatigue so they can turn around and do it again a few hours later. This allows them to do a greater volume of work than they could if they tried to do one big session.

This final point is when the Norwegian training approach becomes less approachable for the recreational runner or triathlete. Most of us don’t have the time to do two workouts in one day, nor do we have the physical ability (it takes time to build up the capacity to do consistent double runs at an easy pace, let alone doing two workouts in one day).

While most of us won’t be (and shouldn’t be) doing doubles, there are still a number of valuable takeaways from Bakken’s paper.: