This past weekend was all about getting used to riding the tri bike again. After a few months of focusing on bike racing, it was time to make the move from the road bike to the TT bike.

I was travelling to the south shore of Montreal for Mother’s Day and of course, I loaded up the car with my bikes so myself, my girlfriend and her brother could ride on the weekend. Plus I wasn’t about to let anyone else use the Powertap P1 Power Pedals so I switched those over and put them on the bike I’d be riding.

A saddle change was also on the docket for this weekend as well. And for some reason in my rush to get that changed over I foolishly forgot to take my reach number. So when I went out to ride this weekend I definitely felt a little too stretched out. But not too uncomfortable and the position was undoubtedly very aero. So while I was moving along at a good clip I found it really tough to produce my normal power numbers. The only variable that had changed was the saddle and its fore-aft position. 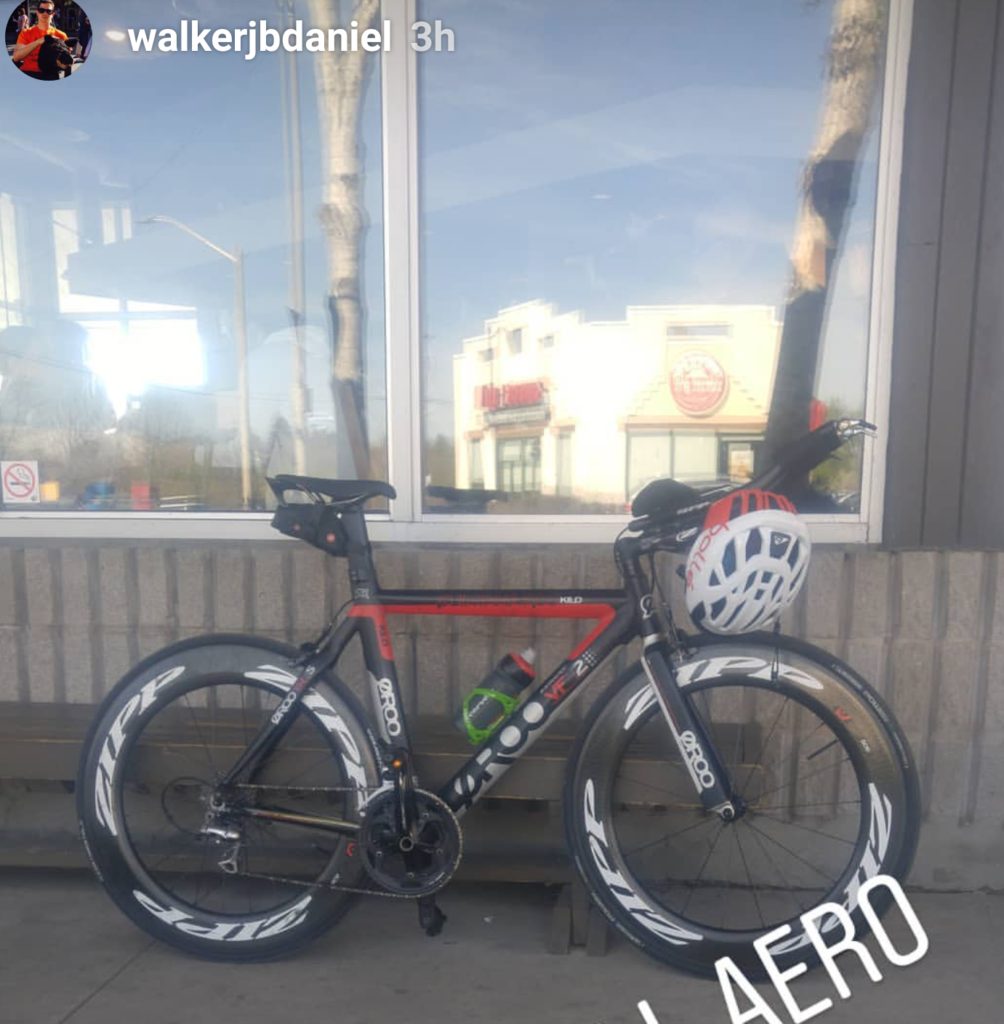 As I was riding the Estacade du Pont Champlain south of the island in Montreal I clued in that before putting a power meter on I probably would’ve thought everything was in the right place. Perhaps that I just needed to get use to the new saddle. But having those numbers stare me in the face I definitely knew something wasn’t right even though I was setting PBs on the Voie Maritime Strava segment. I’ve traditionally liked my saddle shoved way up to the forward limit on TT bike. So when I got home and checked the position all I could do was shake my head at what I had done. Instead of all the way forward it was all the way back. The unfortunate thing is that I missed the opportunity to really dial in my position riding down on the south shore. The long, flat roads with relatively little traffic are great for riding your TT bike. Especially compared to the heavily trafficked roads of Toronto.

My plan for the next few weeks before my first triathlon of the year in Milton will be to dial in my position and try and hit some Sprint pace intervals each of the next few weeks. And since I got a new FTP during my last crit race I’ll be blasting those 95% FTP intervals and hoping I can find some fitness. Finger crossed it comes before June 3rd!