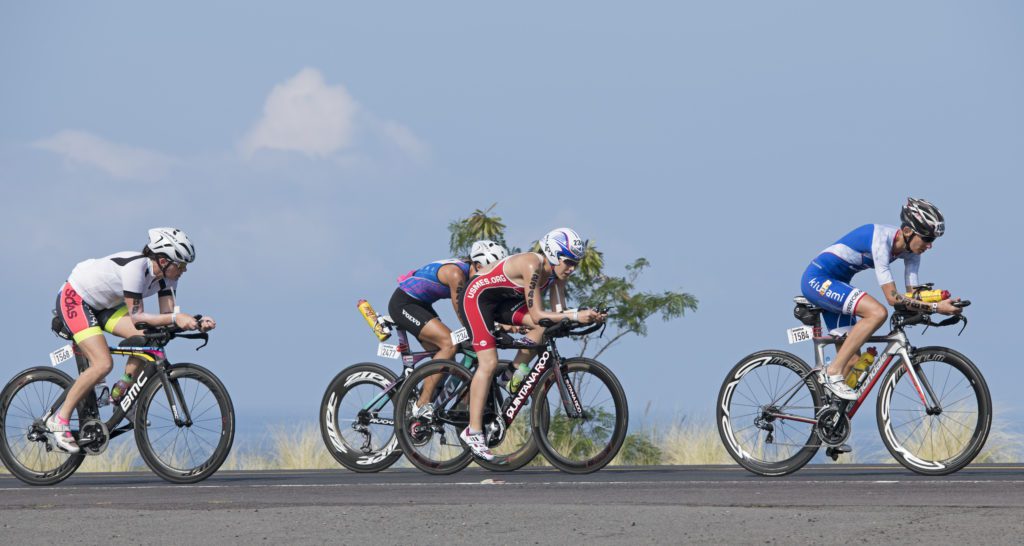 Listen in on any triathlon post-race or post-workout conversation, and you’re likely to hear lots about one of three topics. One is nutrition: how many kcal you should get for racing and training, how much you should drink, the validity of a sweat test and so on. Another black hole is the aerodynamics involved in the bike leg for half- and full- distance races. And then there is the Holy Grail of all triathlon talk: how many hours should I train for a full-distance race and how many hours do I need to train to qualify for Kona?

With the answers to this last mystery ranging from “at least 20” to the almost philosophical “there is no answer to that question,” it’s clear that both athletes and coaches would rather invest the time spent questioning into real coaching and training. However, the results of a chat with former pro athlete and now Trisutto coach Joseph Spindler at a training camp in Mallorca (it can’t really get more triathlon jetset that this) stuck with me: an average of 12 hours per week, Spindler kept saying. Can actually qualify for Kona averaging a 12-hour-per-week regime? How is that possible?

“It is a very basic and structured approach,” explains Spindler. “However, it is not for everyone as the athletes need to be very diligent and doing quality training to really match the sets. They have to be very structured and very rational-thinking athletes. This is very important: it will not work with every type of athlete.”

So, if your main goal is to enjoy the outdoors and you don’t mind overdoing it here and there or skipping sessions, then Spindler’s approach may not be for you. However, if you still enjoy training outdoors, but the optimization of your training time in order to perform well is one of your top priorities (particularly if you have a busy life filled with work, family and social commitments), then his methodology could be a good fit. 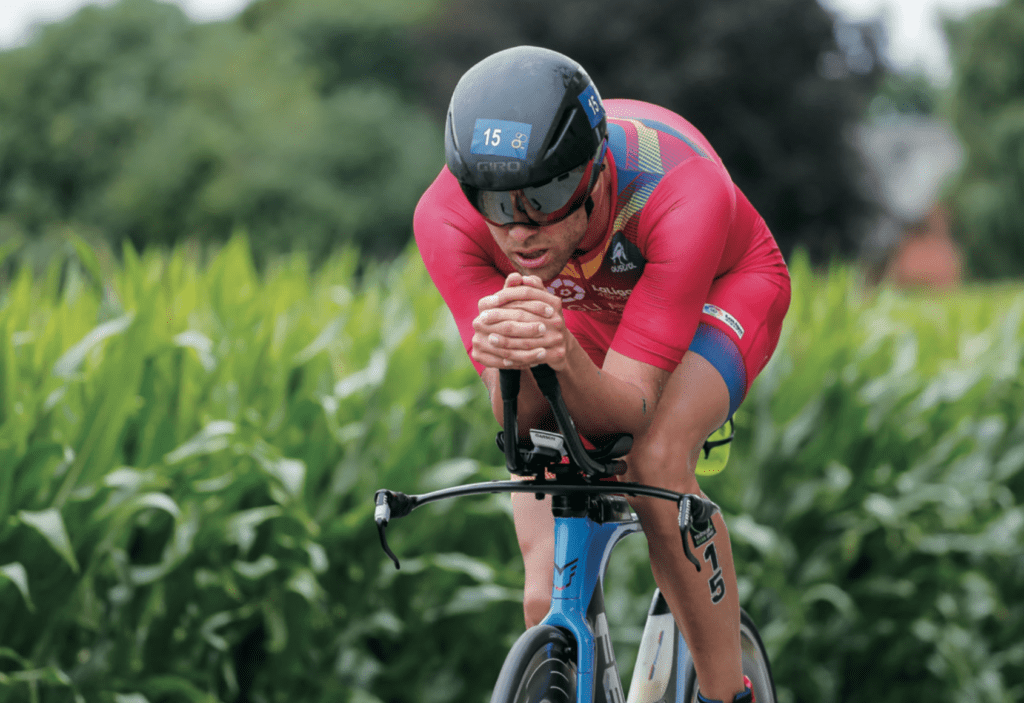 The first point of Spindler’s approach, which reflects Trisutto’s, is the decision to not use a specific periodization. Instead, they use a routine that constantly repeats.

“What we try to establish,” he explains, “is a basic week which the athlete can repeat week after week without changing anything. Periodization was never proved; there’s not one single study that proves that a 2:1 or 3:1 approach would work (of load, load, download over a week). It was established with studies on weightlifters and it was only related to their carb stores. It is a theory, a nice story that has nothing to do with reality.” Instead, he says, “Our [Trisutto’s] approach is born out of experience.”

The basic week using Spindler and Trisutto’s approach consists of a constant session structure (swim-bike-run days are fixed) and with a constant amount of volume that repeats every week. Eventually, the single sessions change over time depending on the time of year and specific goals. And even at the very beginning of a training plan, the week will already look like a training week that will be used throughout the whole year.

“Athletes know their structure and they can plan their week because it will not change,” adds Spindler. “And if you look the average of their training over three to four months and compare them to an athlete training with a periodization approach, they [the ones following Spindler’s approach] will end up doing more work because they will not lose many days of resting. In the end, athletes who perform consistently will be the better athletes on race day.”

Although, on a daily basis, the structure and the volumes are the same, of course, the structure will have spikes (training camps for example) or lows (travel and other commitments), but the general idea is to keep consistency and repetition over time.

Intensities and the Bike

In terms of intensities, on the other hand, the Trisutto/Spindler approach uses “reverse periodization” – shorter indoor sessions and a higher intensity workouts early on in the season (particularly for athletes living and training where winters can be harsh or who have planned an early race like Ironman South Africa) and longer aerobic sessions outdoors closer to the race, or later in the season, when the weather is better and doesn’t challenge muscles and joints as much as in the winter because of the cold.

Long aerobic sessions indoors (especially on the wind trainer), explains Spindler, can undermine the willpower and motivation of the athletes. “Willpower works like a muscle and gets tired,” he says.

His athletes can even have three short wind trainer sessions a day to keep the routine fun, entertaining and intense. Another way to keep the mind challenged at all times, continues Spindler, is to incorporate interval training from the very beginning of the structure. In this way, the athlete knows he or she has a certain power to target (both during the interval spike and the recovery), and also keeps an eye on cadence and other parameters. 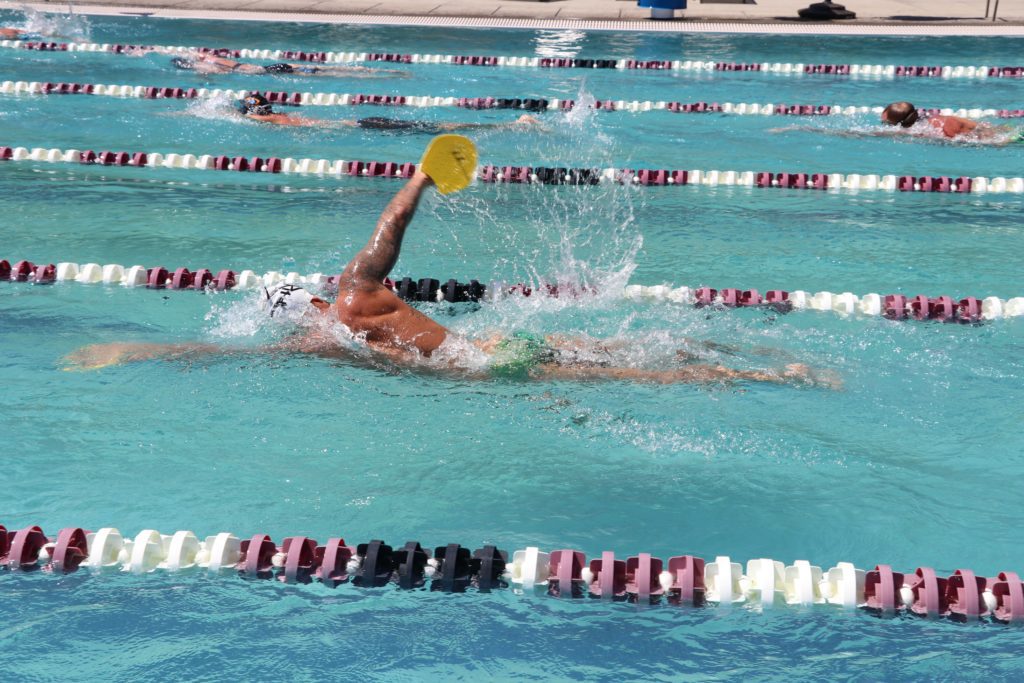 The swim sessions of this structure, on the other hand, are almost always executed at race pace, threshold or faster and a lot of them involve the use of paddles and pull buoys.

Finally, the running session is the area where Spindler is more careful. “My two concerns,” he says, “are that the athletes don’t run too often, because that will lead to over-use injuries. The second concern is that they don’t run too fast, so I slow them down all the time. They hate it, but it has proven to be very efficient.”

At the same time, in order to mix things up and maintain the athletes’ ability to sustain a certain speed over time, running sessions at speed are maintained once a week.

The whole idea behind this structure, particularly for long-distance races, is to reduce the VLamax – the maximum rate of lactate production in the muscles.

“This is just the most important factor inIronman long-distance races,” he says, and that is why high interval sessions performed in the winter with lower cadence are integrated with longer and less intense rides closer to the race. The long rides, of course, are also beneficial to get used to the aero position, to train the static muscles and get the body used to staying in the same position for a long period of time.

Once again, Spindler says that their method works for some, but not for all: “You can qualify for Kona in 12 hours (of training per week), but that does not mean this is the maximum of training load that would benefit the athlete. It’s very likely [from my experience], but the same athlete could develop more from more hours.” 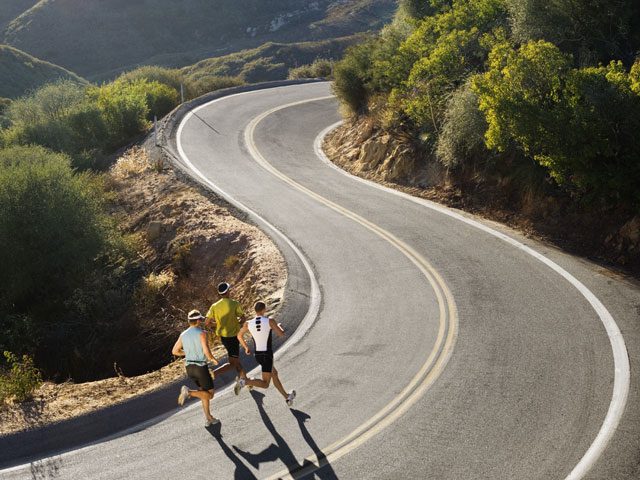 On this aspect, the man behind the Trisutto model, Brett Sutton himself, is a bit more cautious. “It depends on what you’re trying to do. If you’re trying to qualify for Kona,” says Sutton. “I think 16 hours is more a reasonable outcome. But I have no doubt people can do an Ironman with 12 hours of work.”

What Sutton highlights, at the same time, is the fact that many athletes tend to train too much, overanalyze their performances and overthink. “A lot of them do a lot of junk miles,” he says, “but if you’re busy or a family man, you can trim a lot of that off.”

And it doesn’t matter if an athlete is a professional or an age-grouper, the model used by Sutton is always the same. “I use the same kind of template,” he says. “Obviously, an age-grouper will not go as fast, will not train as long and they won’t do it as often as the professionals. But, basically, the structure is exactly the same.”

When age-group athletes join Sutton’s training camps for the first time, he says, they’re quite surprised when they see champions like Daniela Ryf and Nicola Spirig in lane one doing the same set as theirs, although longer and adapted to their abilities.

Finally, what Sutton stresses is that most of the time a simple approach – which is truly targeted to the core of the sport – is the one that works the best. “We look at the sport for what it is,” he says, “and the sport, for age-groupers or professionals, in itself, is aerobic. It doesn’t matter how many times or how many people want to make it complicated, the facts are that if you’re doing an Ironman you have to go for X amount of hours. And that doesn’t change. It doesn’t matter you much you’re trying to make it sexy and difficult. Basically, aerobic is aerobic.”