No matter how hard you try to get air into your lungs, it never seems to be enough. The most practical example of this feeling would be in the last stages of a ramp test on the trainer. There comes a point when your body is screaming out for oxygen, but you can’t get enough oxygen to your muscles. Then you stop. Why does this happen?

Besides the obvious answer of being over your threshold or putting in an intense effort, there is an underlying mechanism limiting performance. In response to higher intensities, the respiratory muscles have to work harder to get air into the lungs. To accomplish this, more oxygenated blood needs to go to those muscles.

You could call this phenomenon “breathless legs” – as there isn’t enough oxygenated blood getting to the locomotor muscles. Instead, it is being shunted to the respiratory muscles to get air into the lungs. It is this automatic redistribution of blood that plays a role in limiting performance.

Hyperinflation of the lungs and increased work of breathing

This will often occur at high intensities, especially in highly trained endurance athletes. Athletes of this calibre can produce pressures near their maximal capacity during inspiration. This causes expiratory pressures to be increased to levels in which there is compression of airways on expiration.

Unfortunately, because of this, there is competition for oxygenated blood. This limited supply has to be divided among the locomotor skeletal muscle, as well as the lungs and heart. Not only is there competition between respiratory muscles and locomotor muscles, but also among locomotor muscles. In a review published in the Medicine & Science in Sports & Exercise (2006), researchers found that the addition of arm exercise (i.e. arm spinning) to intense leg exercise (i.e. spinning) elicited a decrease in regional blood flow to the legs. And vice versa.

Blood flow distribution – Is there a hierarchy?

With a greater number of actively contracting muscles, those muscles need oxygen to perform work. Thus it makes sense that the body would have to distribute its resources accordingly. But when it comes to endurance efforts, specifically above your lactic threshold, those resources become limited and valuable. So, is there a hierarchy for blood flow distribution?

While the exact mechanism is not fully understood, it is generally agreed that there is an interaction between respiratory and locomotor muscles that significantly influences blood flow. Studies have been found to show that unloading respiratory muscles of the work of breathing at intensities ~90% of VO2max do improve endurance performance. Thus suggesting that the work of breathing may be a significant limitation to performance, especially at high intensities.

Related: The psychology of pacing

Other studies have also looked at the effect respiratory training has on endurance performance. Just as you train your legs and arms to be resistant to the demands of a triathlon, the respiratory muscles can be trained against the fatigue of breathing. A study published in the European Respiratory Journal (2013), researchers found that following five weeks of respiratory muscle training (RMT), triathletes showed significant improvements in maximum voluntary ventilation, maximum inspiratory pressure and lower ratings of breathlessness (dyspnea) during endurance testing. These respiratory improvements were also paired with significant improvements in maximal wattage and speed in incremental endurance tests. 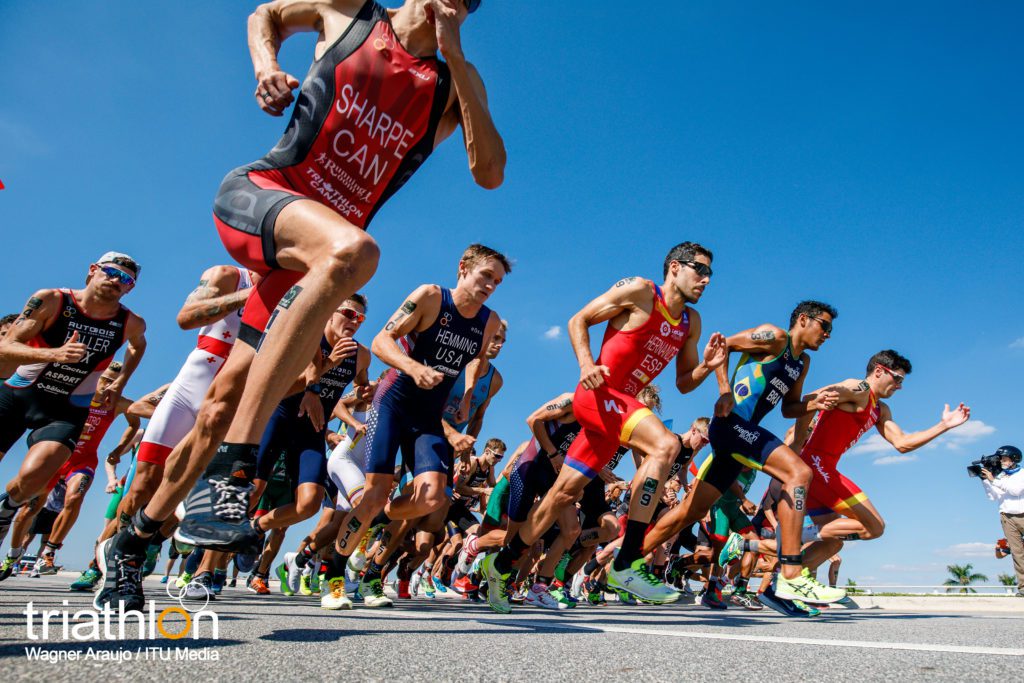 Is there a difference between males and females?

Women have anatomically smaller lungs and airways than to those of height and age-matched men. Therefore, the cost of breathing is much greater in women. Because of the greater oxygen cost of breathing in women, a greater portion of cardiac output will be directed to respiratory muscles, influencing performance.

This redistribution of blood flow is commonly seen at high intensities that are sustained for a substantial amount of time. However, many studies have shown that training the respiratory muscles may significantly benefit performance. Logically, this makes sense. In the same way that you train your legs and arms to be more efficient, you can train your respiratory muscles to become more efficient.

The primary way to train your respiratory muscles is by using a device, such as the POWERbreathe. Respiratory training devices were primarily developed for those who suffer from respiratory conditions such as asthma, emphysema and COPD. However, athletes can benefit from this method of training as it has been shown to delay the onset of fatigue, perception of breathlessness, and favour greater blood distribution to the locomotor muscles.