It’s hardly a surprise to triathletes out there – as our world locked down in March, 2020, more and more people found themselves looking for ways to work out. Triathletes, who were already avid fans of the Zwift platform, just did more of the same, sniggering to themselves when they came across someone new to the platform who was raving about this great new indoor cycling program called Zwift.

By July, 2020, Zwift reported that the platform’s popularity had doubled since the start of the pandemic, with upwards of 35,000 users on the app during peak times. (By February of 2021 that number was up to 45,000.) According to a report in the Calgary Journal, engagement had grown by 79 per cent over the year. As athletes looked for home-based fitness opportunities during the pandemic, Zwift’s growth continued. The company received a huge boost of funding in September, 2020, netting US$450 million in a funding round that saw Amazon and Specialized Bicycles jump into the mix. Zwift doesn’t share their numbers, but in an interview with Forbes in February Min was willing to say that the business doubled in size over the previous year and that there were over three million accounts created on the platform, with “hundreds of thousands of customers using Zwift on a daily basis.”

It’s become so popular that many triathletes now refer to their indoor workouts as “zwifting.”

I can still remember the first time I saw Zwift in action. It was at the Ironman World Championship in Kona, Hawaii, in 2015 and I was asked to check out the Zwift display. I met Zwift CEO and one of the founders of the company, Eric Min – a passionate cyclist himself. The “gaming” component of the platform was somewhat lost on me at the time, but since then I’ve come to realize that it is that component to the platform that both differentiated Zwift from other indoor riding programs at the time (Computrainer’s Interactive Real Course Videos), and has helped make it so popular today. The gamification – collecting badges and exploring routes and competition – has helped fuel the huge growth of the company.

While Zwift somewhat replicates the outdoor riding experience, that was never the goal for Min and the rest of the Zwift developers.

“We’re not trying to simulate, but we are bringing some of those elements in, but we want to create our own unique experience,” Min told Forbes magazine.

Since my first look at Zwift in Kona, the company has come up with many more ways to engage with the program – steering and mountain biking – which seems to provide a similar draw for triathletes that my son’s seem to have for the video games they’ve long been addicted to. Add to that the Esports component to Zwift and the program gains even more legitimacy as a viable competitive platform, one that makes even more sense as a training tool. Unlike other popular Esports games, Zwift is very physical. It’s been recognized as a discipline by World Cycling, and pro triathletes took part in a number of Zwift events last winter, including both cycling and duathlon events.

The platform helped spur the worldwide shortage of smart trainers for much of last winter, too. Athletes were so keen to be able to “zwift” that they scooped up every available trainer they could find just to be able to join their friends for workouts and races.

But will this demand continue? When Peloton chopped the price of its lowest end bike, its stock actually went down as investors questioned whether or not the pandemic-fueled indoor fitness boom would continue. Zwift, though, has such a base of cyclists and triathletes that it’s hard to imagine those folks won’t both continue with the platform and encourage more to join them. Two of the athletes with the most followers on the platform, Jan Frodeno and Lionel Sanders, serve as role models for triathletes who see that it’s possible to get great training done on the platform and avoid having to deal with cars out on the road. And for our long Canadian winters? “Zwifting” is a great way to maintain winter bike fitness.

The rumour mill has been churning for a while that Zwift will also be moving into the hardware realm, too, which will add another interesting twist to the platform’s growth as the company steps into the same market that Peloton currently dominates.

Other Indoor Fitness Platforms Take Off

Late this fall there was lots of buzz in the Canadian fitness media about the upcoming arrival of Lululemon’s Mirror and the variety of online fitness classes the company would be offering through its subscription service.

Over the past year, though, we’ve had the opportunity to check out some other platforms that are definitely here to stay – Apple’s Fitness + and, of course, the popular Peloton bike and associated subscription service.

Fitness+ allows you to work out at home with the guidance and inspiration of its certified trainers. With your Apple Watch and a screen you can connect with (iPhone or iPad) and you can use the program anywhere you’d like. New workouts are added regularly, and the huge library of programs includes cycling, yoga, strength and core programs, high intensity training, treadmill and rowing classes, along with many more. You can find sessions as short as five minutes, so you’ll always find something that will work, no matter how busy you are. Since Apple has the rights to pretty much all the music out there, the classes include great soundtracks and motivating and knowledgeable instructors. 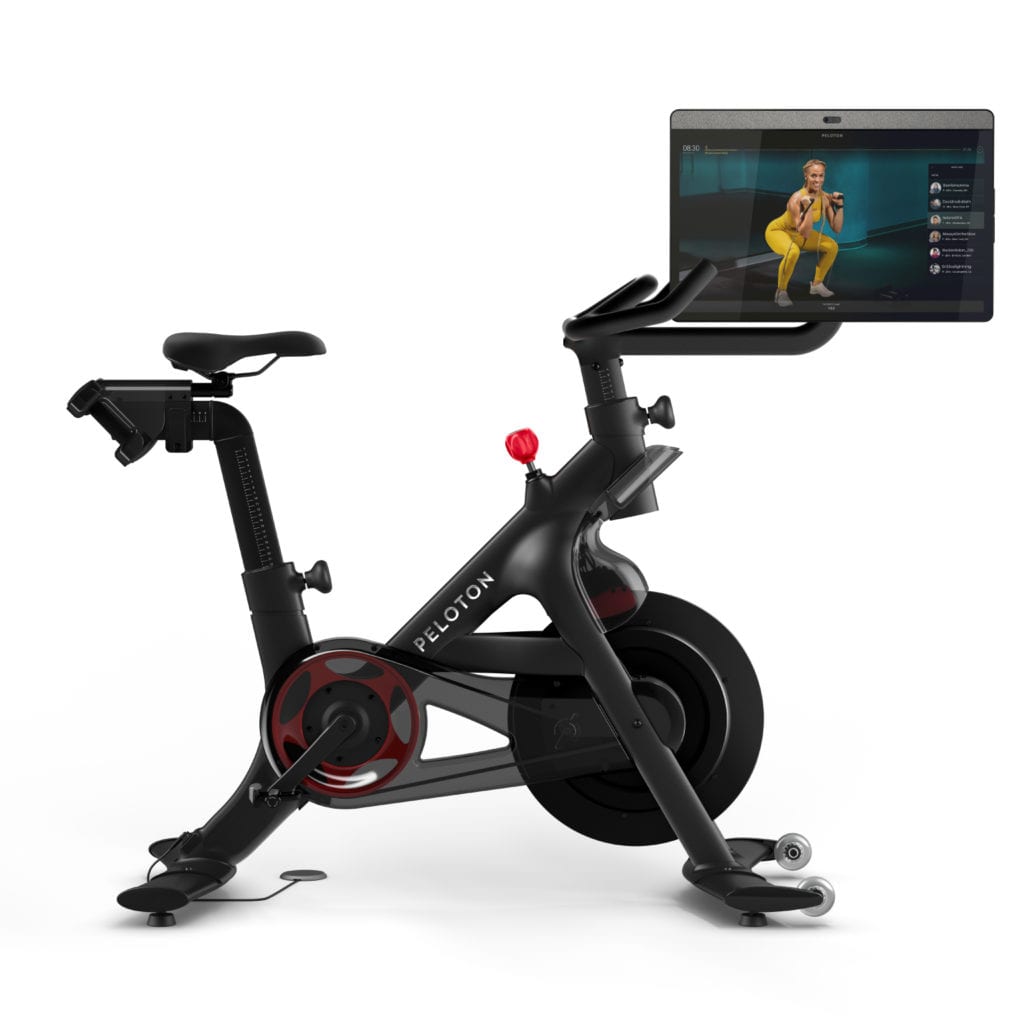 We played with the company’s Bike+ for a few months and were pleasantly surprised with how much the equipment and the workouts work for even the most serious of triathletes. Thosee who are fans of spin classes will feel particularly at home on the Peloton bike. The content library of workouts is extensive, and the Peloton makes it easy to take a 20-minute FTP test to figure out your training zones to get the most out of your training. As with Zwift, there are rewards for your hard work, which will help keep you motivated. The added bonus with the Peloton is it is easy to turn the screen and take in the weight training and core classes that are part of the Peloton program. For those looking for a simple solution to at home training – no bike set up, etc., the Peloton is worth a look.

Does the Peloton Bike work for triathletes?

This story originally appeared in the Nov./ Dec. issue of Triathlon Magazine Canada