If you read triathlon forums or articles on bike fit, it is likely you have come across conversations about the importance of crank arm length. The opinion that shorter crank arms are better for triathletes – even tall triathletes with long legs – is gaining momentum.

How can this be? Read on!

Your crankset aka chainwheel is the second element of your bicycle’s drivetrain after its pedals. The crankset assembly connects the pedals to the chainring(s), which are those large chain sprocket(s) at the front of your drivetrain. The crankset has three components: 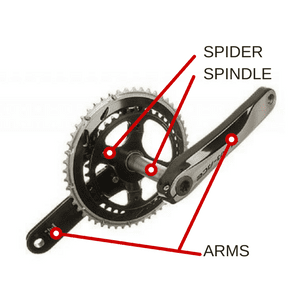 From a bike fit perspective, there is a good deal of value in increasing that spacing – in increasing what is commonly called the hip angle. This is a win for two reasons. 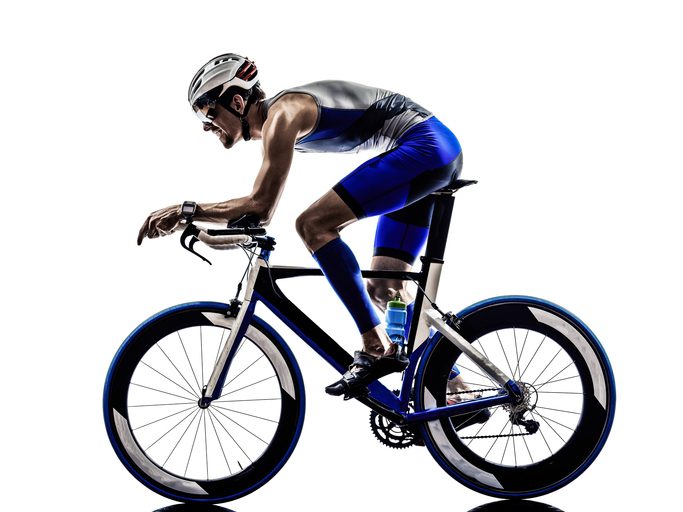 A study conducted by Jim Martin and John McDaniel concluded that the variance between metabolic cost of using crank arm lengths between 145mm and 190mm is less than 3%. Stated a different way, there is very little difference in efficiency between using very short and very long crank arms. Pare that arm length range down to what’s typically commercially available – Shimano’s new DuraAce arm length range is 165mm to 180mm – and that 3% variance decreases further.

Martin and McDaniel found that muscles will naturally contract at an optimal, most efficient speed. That is, a rider’s foot will trace the pedal circle while moving at speed that is independent of the length of the crank arm. Now since a shorter crank arm will have a smaller circumference pedal circle, for the speed to remain unaffected, cadence will increase. For most riders, this change is so natural that they are unlikely to notice a substantial difference.

Sadly most OEM bike brands are not (yet). That means that most non-custom triathlon bike builds will come with crank arms that are in some degree proportional to the size of the frame. That is, most small frames will come with shorter arms and large frames with longer arms. Swapping these for short – often the shortest 165mm – arms is something that we do quite often as an aftermarket, bike fit service

Of course if you’re ordering a custom build or working with a flexible bike shop, getting short arm cranks on your TT rig at time of purchase is the way to go.

Want more info? Get in touch.