As soon as Angela Naeth got her first gravel bike, she jumped into a 200 mile race in Florida. We caught up with the Canadian Ironman champ on what it is she loves about gravel biking.

Triathlon Magazine Canada: So why did you want to try gravel racing?

Angela Naeth: When my bike sponsor started making gravel bikes, I was instantly intrigued to get one. My boyfriend, Tim Snow, rides one for his own training and I liked the idea of literally having the ability to ride anywhere I wanted.  At first, getting a gravel bike was more of a tool to ride slower on open roads (a TT bike can get pretty quick!) and around Massachusetts, there’s a lot of turns. As for racing, my bike mechanic and good friend Brian Hughes always puts these little ideas in my head. We were chatting one night about a 200-mile race down in Florida – the Sugarcane200  (since I was going to be down there), and I jumped on the idea, emailed the race director, and got my entry the next day.

What did you enjoy about it?

My first race was a blast. Albeit, not without some mistakes. I missed the start – there were a few last minute changes to the race start and race itself, and I missed an email. Nonetheless, once I was in the groove, you couldn’t wipe the smile off my face. It’s a long day in the saddle, off road, with some great people (the scene in gravel is my style of athletes). I road with a few guys and had a great time. It definitely lit a fire in me for more off road.

Gravel riding brings me back to being a kid. It’s like mountain biking, but less stress for me. (I always fear getting injured on a mountain bike – and my coach won’t let me jump in that, yet.) So, it’s a good mix of both and gives my mind and body something different to do. The long days are definitely solid days for a boost in fitness too.

How did you/ do you find the training for this type of bike racing, and how do you balance it with your triathlon cycling training?

I literally got my bike and jumped into my first race after riding it only a couple of times – so I’m still in a learning curve. With that said, I’ve ridden bikes for many years, and it wasn’t hard to pick up, especially as an Ironman athlete who rides long miles already. I now use the gravel bike outside primarily. It’s slower than my TT and allows me to do off-road and explore new areas.

How difficult is it for people to take on this type of cycling?

I think it’s pretty easy to jump into. One thing I had an edge up on was how to fuel properly. The long grinds require a fair bit of nutrition, and its a key component for racing. As for riding a gravel bike itself, it’s very easy. It’s much more stable and supportive than a standard road bike and TT bike. I would recommend a gravel bike for anyone. 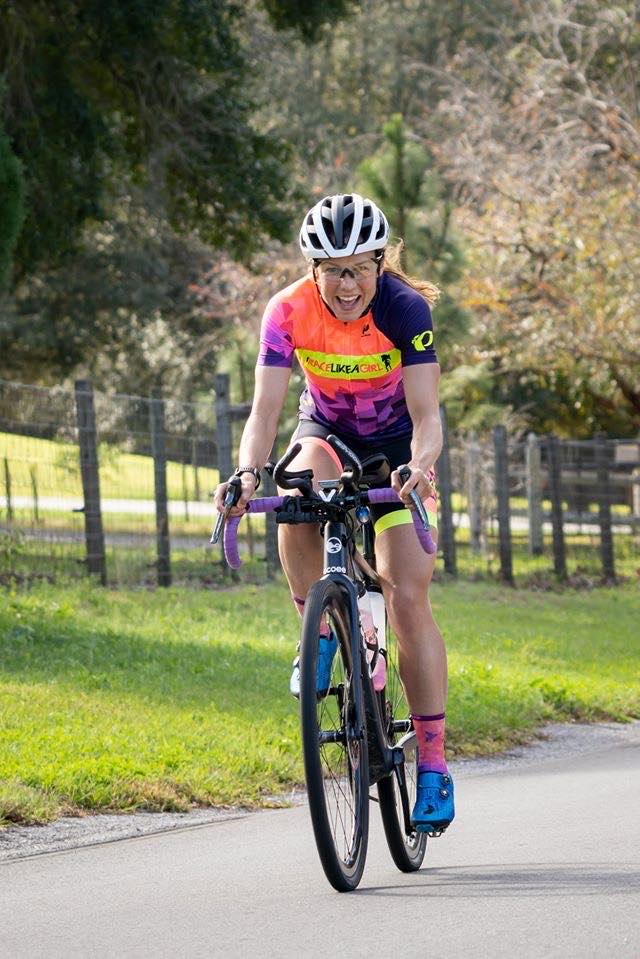 How much time have you spent on your gravel bike of late – are you able to replace some of your time on a tri bike with time on a gravel bike?

Most my riding outside in Massachusetts from here forward will be on my gravel bike. I find it easier on the roads around there with their twists and turns. I’ll be riding at least 3 days a week on it. I put some Shimano aerobars on it to help facilitate the transfer of training to my TT bike.

The energy around gravel fits my personality and, after my first race experience, meeting Ted King and the crew, I want to be part of it. I plan to race throughout this season as I build toward Ironman World Championship. I think the long weekends will be a great benefit leading up to Ironman races.  Add a run off the bike, and you’re golden.

To date, it’s been the best feeling I’ve had on a bike since being a little girl with training wheels. There’s a freedom on gravel bikes like none other.