The days when it was a novelty to see athletes over 60 competing at triathlon races are long gone. Athletes are now staying in the sport longer and choosing triathlon as a healthy lifestyle sport after their kids have grown up and moved out of the house. For people who have been doing the sport for some years, or just starting out, competing past the age of 50 raises new challenges.

The body ages (no matter how much we want to deny it) and it’s smart to be both practical and graceful about this reality. Everyone’s body ages at a different rate, so be prepared to do better, or worse, than the people you usually race against. As you move through the age groups, there are often inconsistent performances as athletes deal with life changes, injuries and fluctuating energy. The guy you were competitive with last season may either be far ahead or far behind this year. Some “Duracell bunnies” keep marching right into their 70s due to a combination of durability, genetics and good luck. These people are capable of doing a sub 11-hour Ironman into their 60s. However, they are in the minority. Finish times are generally about 30 minutes longer for each age group over 50. For example, I did my first Ironman when I was 53 and finished in under 12 hours. Now that I am 73, I struggle to finish in under 14 hours. However, I have gone from being ninth in my age group when I was 53 to stepping atop the podium after 62 and winning my age group in two Ironman triathlons once I was in the 70 to 74.

After the age of 50 the mass and function of your muscles decreases. This makes physical activity a necessity for health and vitality. It also means you need to spend time on strength training. Studies on muscle mass have shown that the muscle mass of inactive people and triathletes are about the same at age 40, but at 70, the “couch potato” has 50 per cent less arm and leg muscle than an active triathlete. Interestingly, older runners have the same muscle mass in their legs as triathletes, but less arm muscle mass than a triathlete, who need upper-body strength for swimming and riding. The old adage “use it or lose it” seems to apply to muscle mass after age 50. Triathlon training, coupled with strength training, helps maintain muscle mass and also prevents muscle deterioration.

As people age, the chance of contracting an illness increases as the body’s immune system weakens and health issues of an aging body become more of a concern. While many seniors who have experienced life threatening illnesses still doing triathlons, returning to pre-illness form can be difficult and requires massive patience. I had a heart attack when I was 66. Ten months later I did Ironman Regensburg and placed third. I did this through a painfully slow and progressive training program that was based on both rehabilitation and training for long distance.

So what does it take to continue triathlon into your golden years?

Include a good functional core program to support posture and biomechanics, which will allow you to train longer and better without injury. Strength training supports your metabolism, immune system, hormone production and muscular skeletal system and should be done two to three times a week.

2. Get a good nutrition plan to control your weight.

Some body types gain weight as they age, while others lose it, especially when training aerobically for long distance. As with younger athletes, your food is your fuel, so be wise and practical with nutrition.

With every decade, you will require more recovery between hard efforts and races. Remember that too many hard efforts follows the “law of diminishing returns.” You need to find a new balance between volume intensity and recovery as you age. For athletes over 50, one high intensity workout per week per sport, with aerobic efforts and recovery between is a good guideline. For athletes over 60, this may be once every two weeks. Every second or third week needs to be a recovery week of less training and less intensity. Over 70, most athletes are performing at an aerobic level most of the time. Training should be tailored to be fun – not stressful – on the body and flexible in order to account for fatigue and other health issues that arise.

5. Be competitive, but plan your season with fewer goal races.

Seasoned triathletes over 50 are capable of high intensity performances in races and workouts, but cannot sustain the high level of intensity they managed when they were younger. Generally, in your 50s, you should choose fewer goal races and include fewer intense workouts in your program. In a yearly training phase, an older athlete will have fewer peak races, shorter macrocycles and more aerobic training than a younger colleague.

6. Outside of carefully chosen goal races, consider participation over competitiveness and focus on process over outcome.

You might feel like a 30-year-old, but be prepared to see your times slowing down. If you start the sport late – in your 50s – you will likely still enjoy a few personal best times as you learn to be a better athlete, but if you have been a competitive athlete for decades, your body will naturally slow down. 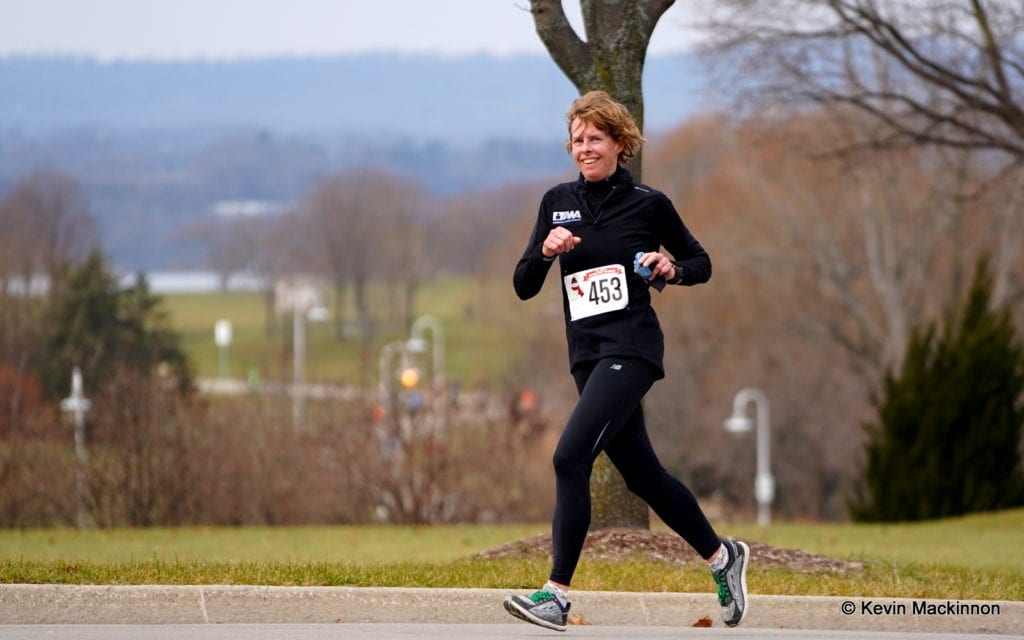 Older athletes are a massive source of inspiration and motivation. They show us what is possible for our future in sport. Bask in your role as an ambassador of health and know you serve as a role model of youthfulness.

LifeSport coach Bruce Regensburg has been coaching triathlon for over 10 years and has won several triathlons in his 70 to 74 age group.