While it’s hardly certain that they’ll be taking place this year, Canada’s two Ironman races are slated for the end of August, giving those gearing up for those events about six months to train for the big day. While typical training programs suggest that you should be working on your “base” fitness right now, I’d like to suggest that you look at a different approach to your Ironman training – what’s often called a “reverse-periodization” plan.

Brett Sutton, who coaches four-time Kona champion Daniela Ryf and Olympic gold and silver medalist Nicola Spirig, follows this type of program for his athletes, regardless of the distances they’re working towards. There’s a lot of advantages to a program like this for athletes training in Canada because it allows you to focus on shorter, more intense workouts through the winter and spring, with higher volumes of training coming in the summer.

“In short, reverse periodization involves focussing on shorter, more intense workouts during the winter months, especially on the bike and in the pool, and then layering longer aerobic training on top of this as the goal race approaches,” says British coach Rob Wilby.

Basically, the goal with this program is to work on your speed through the first half, then work on being able to sustain a faster pace for longer and longer periods of time through the summer and leading into the race.

So what might a program gearing up for a late-August Ironman look like? Here are some suggestions:

The goal through the first two months of your training is to improve your speed and power in all three components of the race. In a recent video, Lionel Sanders outlined how he would use this first block to train for a sprint-distance test, then an Olympic-distance effort.

Swim: Speed and strength is the name of the game here. A great test set to do every couple of weeks during this phase is a set of 8 to 12 X 100 m efforts. Your goal is to see how fast a “pace time” you can do these on – you might start at 2 minutes, for example. If you finish the 100 m in 1:50, you’ll have 10 seconds rest before you start again. As you progress through the two months, see if you can drop that pace time by 10 or even 15 seconds.

Bike: This is a time for some intense, hard efforts on the bike. Your goal is to improve your power, so a combination of harder intervals with a decent amount of recovery, along with anaerobic threshold sets of intervals of up to 1:30 with no more than 30 seconds of rest are the name of the game. In April, hopefully you’ll be able to mix those sessions up with some shorter, steady-state efforts outside.

Run: As with the bike, power and speed are the focus during this time frame. Hill workouts and/ or stair sessions should be a weekly or bi-weekly part of your training, along with some steady state runs and the occasional interval or fartlek session. Easy runs shouldn’t be too long, but you want to get out for a longer run of at least an hour every week.

Related: Going long- five keys to move up from Olympic to half-distance racing

As the weather warms up the goal in May is to continue the work that you’ve done through March and April, with a bit more of a focus on speed. The goal is to be as fast as you can be by the end of this month so that the rest of the summer can be spent trying to sustain that speed for longer efforts. (Think about it this way – if the absolute fastest you can run is a 5-min kilometre, holding 6:30/ km for your marathon (4:34 marathon time) at the end of August will be a stretch. If the fastest you can go is 4 mins/ km, that 6:30 or even 6 mins/ km goal (4:13 marathon split) is suddenly a lot more realistic.)

You want to maintain a mix of some shorter intervals with some longer, steady state workouts, while gradually building your long bikes and runs.

During this month you want to start ramping up some of your longer efforts in all three disciplines, including at least one transition workout including an 80 to 100 km bike, immediately followed by a 10 to 12 km run. 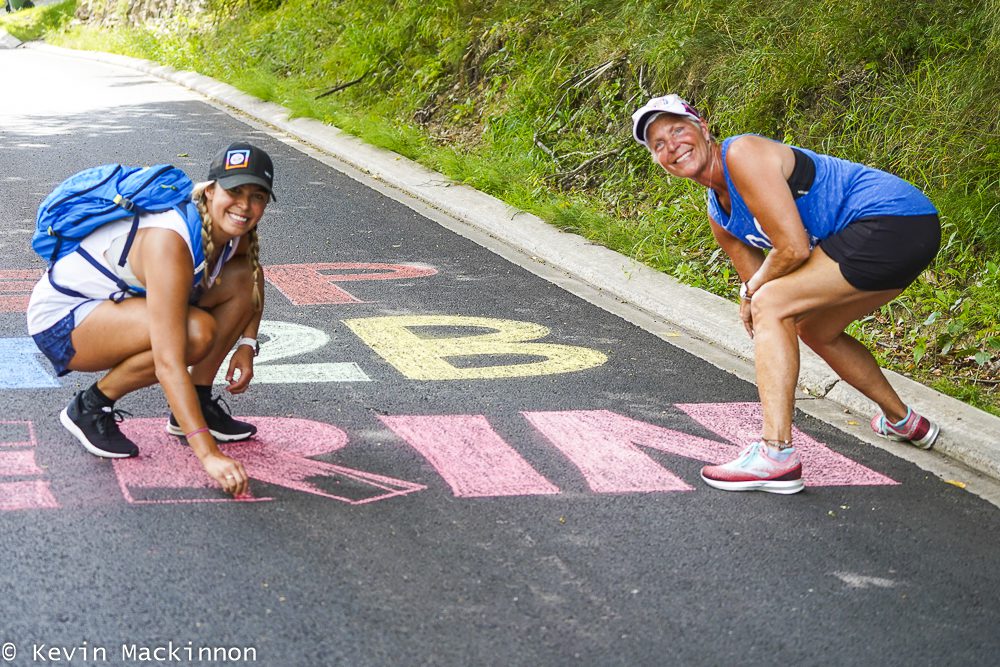 Now its time to steadily build up your distance to prepare for the long effort coming at the end of the summer. Adding a few races to the mix is beneficial to help you both monitor your fitness, while also helping you dial in your nutrition and equipment plans for the big race.

Every two weeks you should include a long, steady-state swim, bike and run at race pace, gradually increasing the distance. By the end of July you should probably have completed a 3 to 4 km swim, a 140 to 160 km bike ride and a 32 to 36 km run.

I like to have my athletes do at least three longer transition workouts during this phase as well. The distances depend on the ability and experience of the athlete – a typical example for an experienced triathlete who has done lots of half-distance races but is getting ready for their first full-distance race would be a  120 km bike/ 20 km run, 140 km bike/ 25 km run and a 120 km bike/ 30 km run

Much of the hard work has now been done, so August turns into a taper month as you gear up to the big day. You don’t want to back things off too much, too soon, though. Some athletes find a half-distance race three weeks out from their full-distance race works well – a chance to test out their fitness and nutrition plan for race day, with lots of time to recover.

Tapering is by far the most individualized part of any training program. Some athletes do best with lots of rest over the last three weeks leading into a race, others need to work harder and only back off over the last week. I do always suggest that you try and maintain the same number of workouts every week, just back off the intensity and the distance of the long efforts each week. This is where a coach can really help you – a good one will have monitored how you’ve recovered from other efforts through the year and be able to gauge your taper accordingly.

I’ve been utilizing this type of a training plan with my full-distance athletes for over 30 years now and it has been extremely successful. It can be difficult to stop people from charging into that June and July phase and pushing too hard, too early with their longer efforts, especially if they’ve done a good job with the initial phases and have seen improvements in strength and speed.