The 2018 edition of the Ironman World Championships in Kailua-Kona was thrilling. Are you now feeling the itch to get to Kona?

Here are a few easy ways to guarantee your spot for Kona. 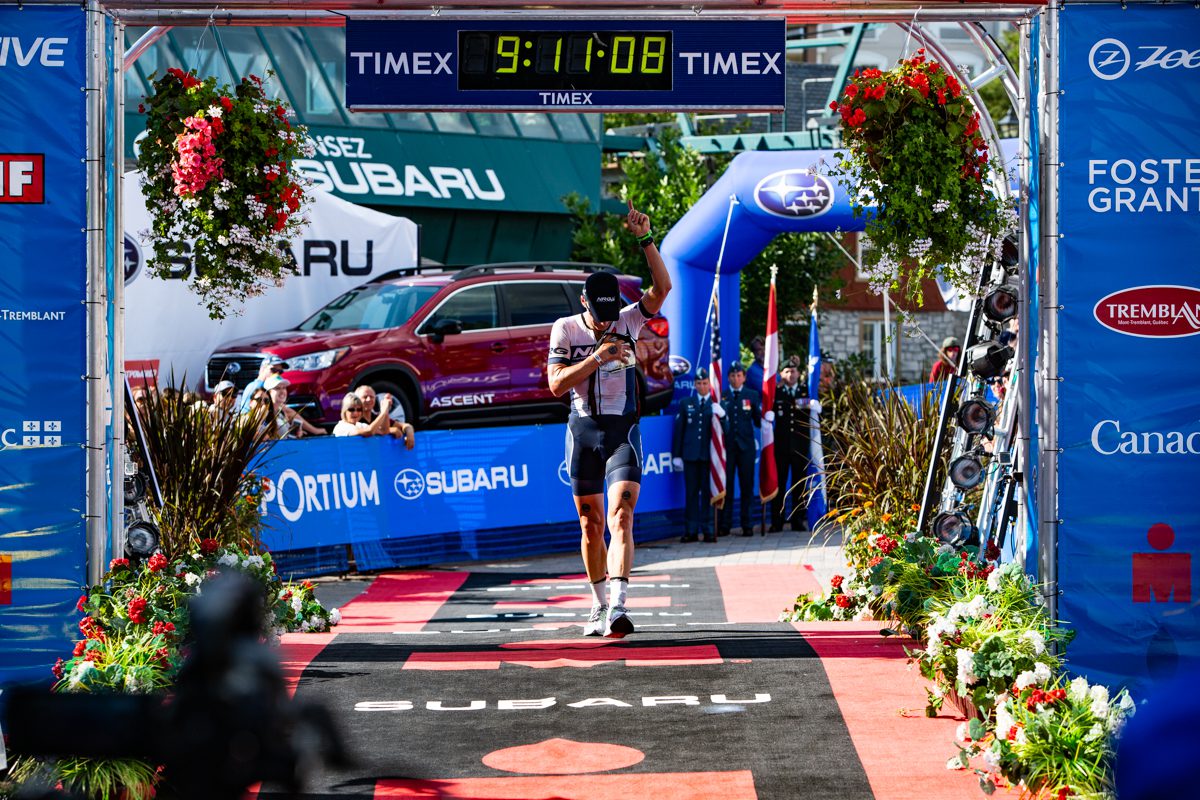 Win your age group. The most straightforward way to qualifying for Kona is winning your age group at an Ironman. This is going to require a big sacrifice on your part. It likely means no more late nights with friends, training all hours of the day and spending your weekends’ swimming, biking and running. But, that’s all ok because the glory of standing on the start line knowing you qualified on your own will be worth it.

However, with roughly a hundred Ironman races across the world and 15 age group categories, only a fraction of the participants can qualify in the conventional way. Then there are some who take a less traditional route to Kona.

As a way to increase the entertainment value of Ironman, a number of celebrities have been given the opportunity to compete in Kona. So, if you really want to get to Kona and get their fast, become famous. Star in a reality TV show that is viewed by millions or make it to the NFL in the next 350 odd days until Kona, and you could earn a shot at competing on triathlon’s biggest stage. In 2014, Gordon Ramsey, the host of the reality TV show “Hell’s Kitchen,” raced in Kona for the first time. There’s also Hines Ward, the famous Pittsburgh Steelers wide receiver who won two Super Bowl championships and was the game’s MVP in 2006. He completed the 2013 Ironman World Championship in 13:03. In 2011, Tara Costa from the “Biggest Loser,” competed at the Ironman World Championship and finished in 13:56.

Become the CEO of a multi-million dollar company. As a CEO you will have a number of business and managerial obligations, but you will also have the opportunity to compete in the Ironman Executive Challenge. The Executive Challenge (XC) is a way for business leaders to guarantee an Ironman entry and compete for a Kona slot against other business executives.

Complete at least 12 Ironmans. The Ironman Legacy program was created in 2012 as a way to honour the most loyal competitors. If you complete 12 full distance Ironman branded races throughout your career, you may be one of a hundred triathletes granted a spot to Kona. To secure your place in next year’s Legacy lottery, you must meet the following criteria:

Ironman also makes a point of publicizing the work of triathletes around the world, those who inspire others with their story and hope to bring forth change. Whether it is by fundraising for a cause or doing something truly unbelievable, inspiring age group stories are the essence of Ironman.

This year, the Pease Brothers moved the crowd at the Ironman World Championship to tears. Very much like the team of Dick and Chris Hoyt in 1989, Brent and Kyle Pease became the second ever wheelchair team to start and finish the Ironman World Championship. Kyle was born with cerebral palsy, but the two brothers found a way to do a sport they love together and raise awareness for the Kyle Pease Foundation. The two completed the course this year in 14:28:59.

In 2015, Marcus Cook weighed 489 pounds. Following a weight loss surgery, his doctor said, “You have to change who you were into someone you were created to be,” and to “Do something new every day.” That day marked a change in Cook’s mindset. He adopted a plant-based diet and began walking 20-minutes every morning. Once he worked up his volume of physical activity, he set his sights on triathlons. In April 2017, he completed his first Ironman in The Woodlands, Texas. Now 225 pounds, Cook has been sharing his story with the world and fundraising for the Ironman Foundation. Having reached his fundraising goal of $40,000 in 2017, Cook upped the ante to $100,000. With Ironman’s approval, they granted him entry to the 2018 Ironman World Championship in Kona. On October 13th, just before midnight, Cook crossed the line in 16:51:08.

The Military. Ironman recognizes those in the military service by dedicating a specific division to those who serve. To qualify you first need to prove you are a member of a nation’s branch of military service: army, navy, air force, marines, coast guard and military police. Once you’ve done this, you compete against other service members at a handful of qualifying races around the world in order to earn your Kona entry. This year, Master-Corporal Mikael Charbonneau-Lemaire had the opportunity to compete in Kona thanks to the “Subaru Canada: Road to Kona” contest. Based in Trenton, Ontario, Charbonneau-Lemaire has turned a tragic family death to Kona triumph. He finished the Ironman World Championships in 10:17:36.

Ironman is one of the most inspiring endurance feats an individual can undertake. To highlight this accomplishment, Ironman created a number of ways for people like you and me to share their story on triathlons biggest stage, because, “Anything is possible.”