Today the pro field was announced for Challenge Roth and, as we expected after it was announced that the Ironman World Championship would be postponed to February, 2022, we’re seeing some big names added to the field. 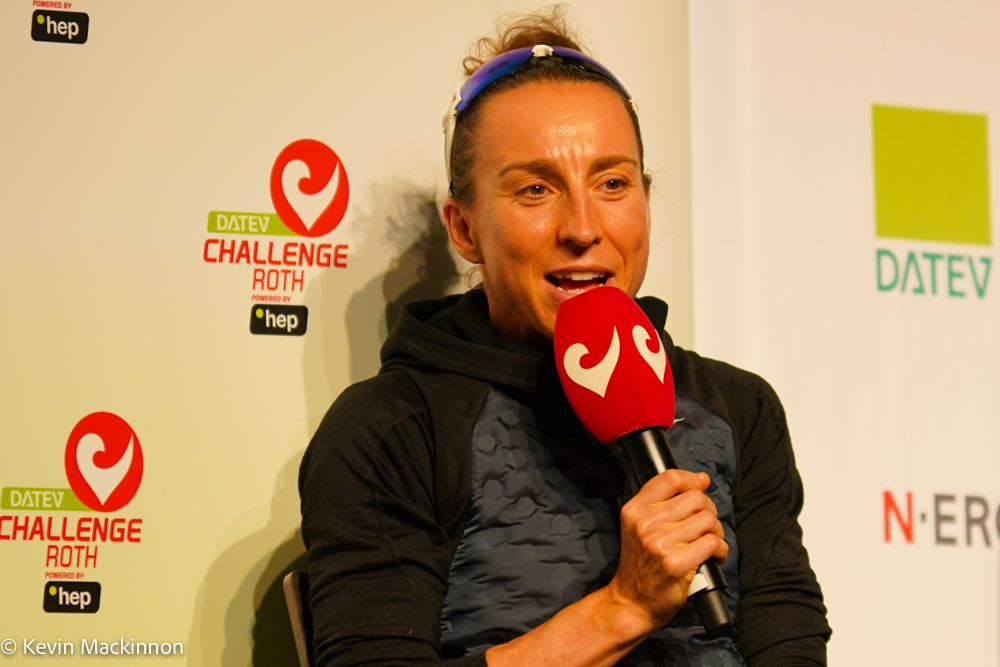 Defending Kona champion Anne Haug (GER) considers Challenge Roth to be her “home race,” but despite her Franconian roots she’s never raced in Roth before. She was supposed to compete at the 2020 event, and was going to have to pass on this year’s race since it was so close to Kona. The cancellation of Kona this year opened the door for her to compete this weekend, and she jumped at the opportunity.

Some of the women on hand to try and stop Haug from taking the win on the weekend include Great Britain’s Laura Siddall, who was second here in 2017, and her countrywoman Fenella Langridge (GBR), who was second at Ironman Coeur d’Alene in June. The women most likely to push Haug to the line, though, is multiple Kona podium finisher and runner-up in 2019 here in Roth, Sarah Crowley (AUS).

Canada’s Rach McBride will also be competing this weekend.

Two other Ironman world champs are set to compete on Sunday – 2014 Kona champ Sebastian Kienle and 2017 and 2018 champion Patrick Lange are also taking advantage of the Kona cancellation to compete in Germany. Kienle made his full-distance debut here in Roth in 2010 and won the race in 2018. It will be Lange’s first time racing in Roth, but he’s keen to perform in his home country again.

The men’s defending champion, Andreas Dreitz, became the first Franconian athlete to win this event, and would obviously love to take another title. Other German athletes to keep an eye on include 2015 winner Nils Frommhold, former pro cyclist Ruben Zepunktke (GER), who is making his full-distance debut this weekend, and Franz Loschke, who is fresh off a fifth-place finish at the Ironman European Championship in Frankfurt last month. New Zealand’s Braden Currie will be keen to upset the favoured German contingent here in Roth, and the four-time Ironman champ is coming off a full-distance win in New Zealand earlier this year.