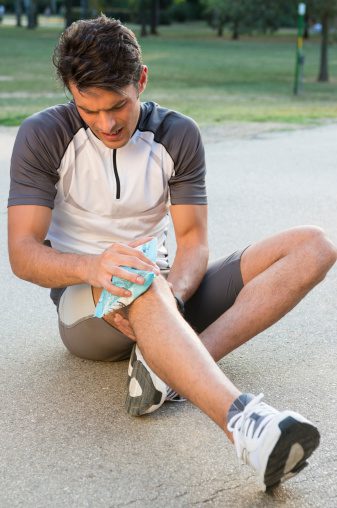 Have you ever talked yourself out of a personal best in a race? Do you regularly set low expectations and just barely achieve them? Have you ever let negative self-talk dictate your race,just as fatigue begins to mount, telling yourself “I’m slow and should just quit now”?

It doesn’t take a degree in psychology to know negative language is not productive in getting you through a tough race or workout. Words matter. Language influences the brain which in turn regulates performance. As the Central Governor, the brain makes a decision about fatigue and performance based on a number of factors including physiological ones such as acidity and heart rate, but also psychological ones including expectations, past experiences and limiting beliefs.

The words a therapist uses to explain injury or discomfort can have a profound impact on you. This is called the Nocebo response. It’s like the placebo response but in the opposite direction. For example, have you ever experienced minor pain, prompting you to seek treatment after which you were then  put through a series of tests which apparently concluded there were several things wrong with you? Maybe you were told you had flat feet or weak arches causing your knee to turn in, which then caused your hips to shift, nudging a rib out of place? Or perhaps you were told, as many triathletes are, that your core muscles are weak and your glutes don’t fire.  Leaving the appointment, you might think your body is falling apart, is weak and prone to injury. In reality, though, all you did was tweak your back and experienced some pain that would go away in a few days.

But what was really happening during that experience? Rather than helping you to perceive your body as strong and robust with a protective nervous system, you were set up to believe that your body is inherently frail and desperately in need of correction. This catastrophizing is not the path to optimal healing. Rather, it can affect us in the same way that negative self-talk can when fatigue is high, motivation low or discomfort sets in.

I would suggest that as practioners we’re better off reconceptualizing the view of the injured body as one that is sensitive versus damaged and that we be much more aware of the language we use. Pain is not always the enemy–it’s your brain’s opinion that you need protection rather than the brain’s opinion that you are damaged.  The words we chose and the way we think about our bodies influence pain, injury and the rehabilitation process.  Choose wisely.

Greg Lehman is a physiotherapist, running injury therapist and chiropractor at the Urban Athlete and at Medcan in Toronto. Follow him at thebodymechanic.ca.