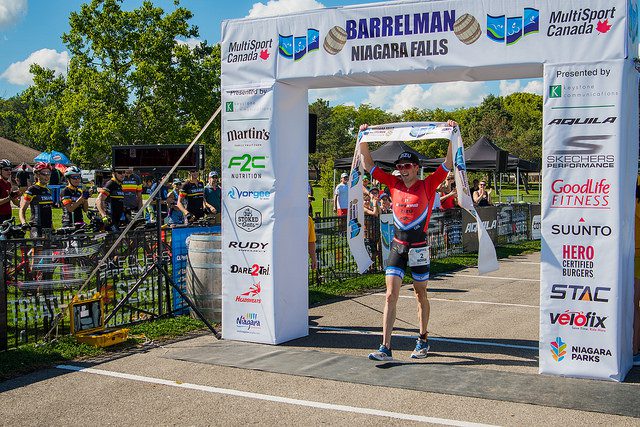 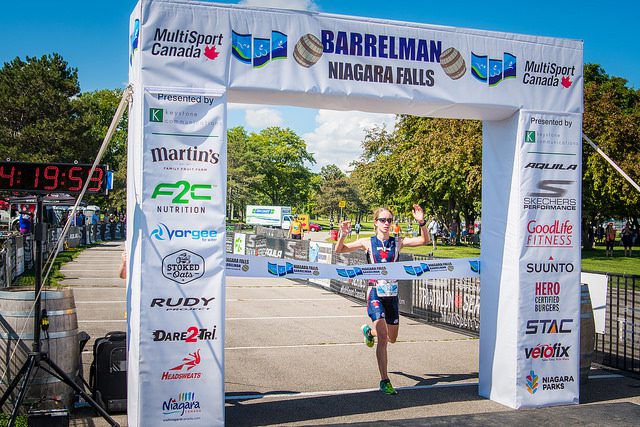 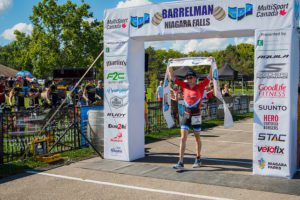 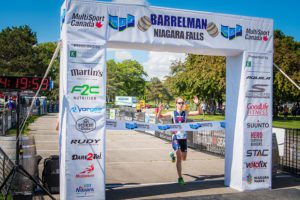 This past Sunday, on a scorching day in Southern Ontario, Jackson Laundry topped Taylor Reid in a close race to win the 2018 edition of Barrelman Niagara Falls. On the women’s side, it was Tamara Jewett who ran away from the competition. She ran so fast that she posted the fastest split of the day, 1:21:37. She also finished fifth overall, beating some of Ontario’s top male triathletes.

Two years ago, Jackson Laundry attempted his first half Ironman at Barrelman Niagara Falls. It wasn’t the debut he hoped for – having to drop out due to a heart arrhythmia. This year, Laundry came into the race as a favourite to contend for the win against fellow Ontarian, Taylor Reid. The two would be neck and neck for the entire day, with the winning move coming on the bike. “I put in a big surge early in the bike to get some separation from Reid,” says Laundry. The surge would prove fruitful as he built a 1:45 lead during the 90K bike. That lead would be the buffer he needed during the 21.1 K run in a rare September heat wave. “The run was hot and on a tough course. On the first lap, I managed to open up a bit more of a lead, which I needed because Reid ran very well late in the run and made up time on me.” On the run, Reid would close the gap to just over a minute, but it wouldn’t be enough. Laundry broke the tape in a time of 3:59:32, just 1:17 ahead of a charging Reid in second. Alex Vanderlinden finished third, ten minutes back from Laundry. 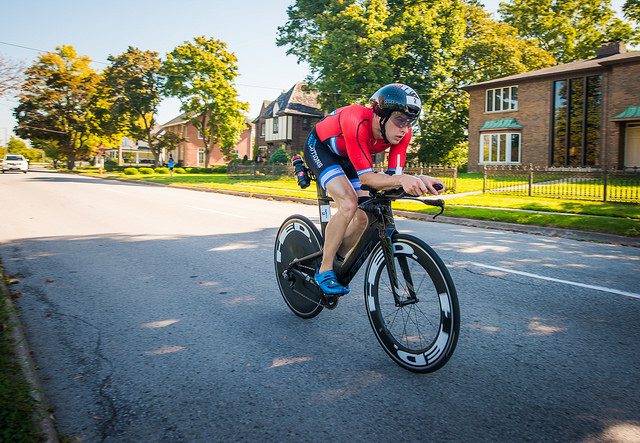 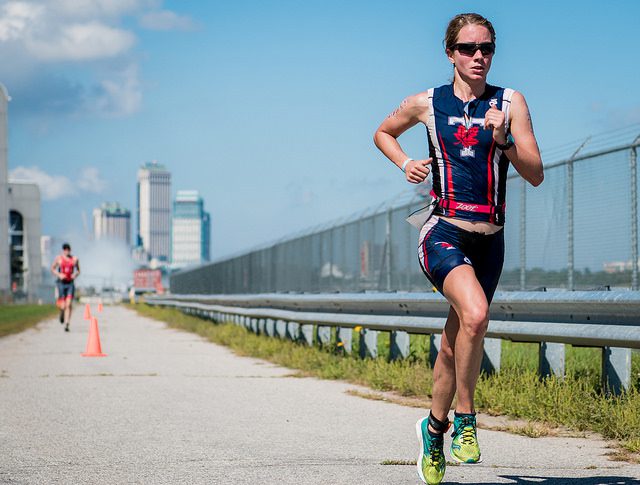 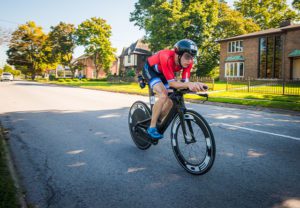 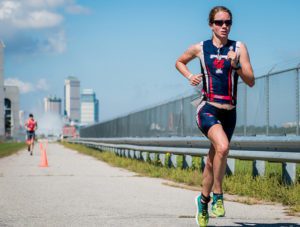 Jewett is fast, really fast. Coming from a running background, Jewett made multiple national teams and ran at an elite level throughout high school and university. In 2008, she placed eighth in the 3,000m at the IAAF World Junior Track and Field Championships. Then in 2012, she placed ninth (cross country) at the FISU World University Games. Following multiple running-related injuries, Jewett began transitioning into triathlons as a way to cross train. Since the switch, she hasn’t looked back. Still an age group triathlete, Jewett has taken multiple overall wins this year – including the Rose City and Kingston Long Course Triathlon and IRONMAN 70.3 Muskoka. At Barrelman 2018 she ran away from the women’s field and left many of the elite men in her dust. She completed the 2K swim in 30:01, the 90K bike in 2:23:29 and ran the half marathon in 1:21:37. Miranda Tomenson (4:38:01) finished second, and Nickie Luse followed six minutes bind her.

Along with the Barrelman triathlon, there was a swim/bike, bike/run and relay option. James McNaughton and Paolina Allan won the swim/bike. In the bike/run event, Peter Schlinder won the men’s race and Julie Reiter took the win in the women’s race. Mark Cullen, Charlie Garcia and Ric Mansuetto of Team FILCANTRI won the relay event.