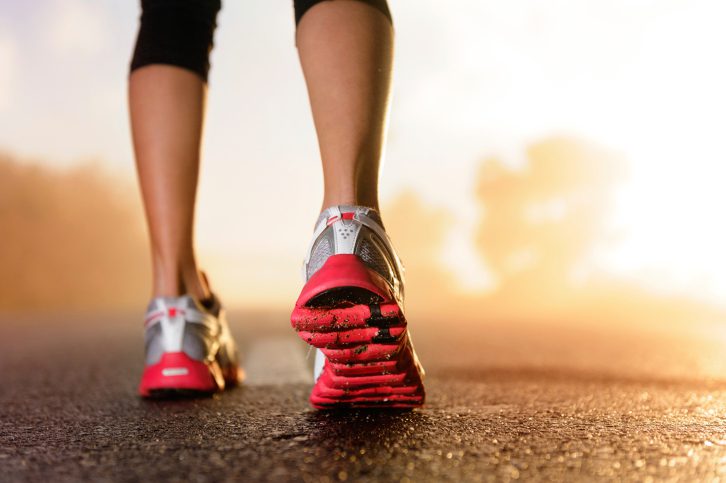 2014 should have been Kevin Gough’s breakthrough year. After recovering from a tibial stress fracture, the39-year-old five-time marathoner was training intensely for the Boston Marathon, peaking at 160k per week. But on a 25k run in mid-February, he began to experience pain in his arch and heel area. The next morning, Gough awoke in his Toronto condo to sharp heel pain.

“It was stubborn of me, but I ran through it,” he says. “I didn’t think it was anything beyond the typical aches of marathon training, but it got to the point where the pain would last all day. Every step felt like a nail going through my foot. Everyday activities became debilitating.”

A sports doctor confirmed that Gough had plantar fasciitis, a degeneration of the tissue – the plantar fascia – that runs along the sole of the foot connecting the heel bone to the five metatarsal bones. A common affliction among runners, it is caused by repeated tissue strain, producing pain in the heel the first thing in the morning and after prolonged inactivity. In its early stages, pain diminishes as the day goes on, but recurs after a long resting period; the body repairs itself when it rests, but movement undoes the healing process. If the pathology persists, it can affect daily functioning.

“It’s very difficult to run with plantar fasciitis – it’s like having the shocks in your car stop working,” says runner Noel Paine, 38, of Gatineau, Que. “I’ve seen it destroy a season of running if it’s not addressed early.”

That’s exactly what happened to Gough: he pulled out of Boston and stopped running completely to allow his fascia time to heal. The condition may be exacerbated by vigorous or lengthy exercise, heavy footfalls, or sudden changes in training – especially among new runners, who often increase mileage and speed too quickly.

Kimberly Hirji, 41, of Vancouver, developed plantar fasciitis in 2000 while training for the Goodlife Victoria Marathon. “I was overtraining, and it became so bad that I couldn’t run on pavement,” she says. “I finished training by pool running to lessen impact.”

Despite its prevalence, plantar fasciitis is not well understood. Even the term “fasciitis” is a misnomer: “It’s really fasciosis,” says Brendan Bennett, a podiatrist based in Halifax. “It’s degeneration, a changing of the thickness and substance of the fascia, rather than inflammation, although it does seem to respond to anti-inflammatory treatments.”

Another frustrating aspect to the foot disorder is that there is no consensus on treatment, which runs the gamut from night splints to shock-wave therapy, and in extreme cases, cortisone injections and surgery.

Dr. Bennett emphasizes that nonsurgical options – corrective footwear, icing the bottom of the foot and stretching exercises for the toes, arch and Achilles tendon (part of the same tissue structure) – tend to be effective for most people within a year.

Liz Clubine, 33, an ultrarunner from Whitehorse, combats recurring plantar fasciitis with preventative measures. “I stay on top of it and listen to my body,” she says. “I do more strengthening, stretching and icing so that it doesn’t flare up.”

According to Dr. Brendan Bennett, about 35 per cent of people who believe they have plantar fasciitis are actually suffering from a condition with similar symptoms. Similar pathologies include: