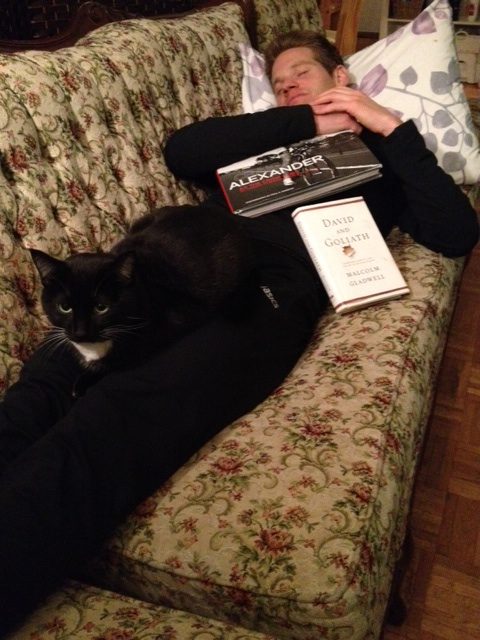 Once a Runner – John L. Parker

A fictional novel that follows collegiate runner Quenton Cassidy’s quest to find out how fast he can run the mile. John L. Parker was a runner himself and his novel shows the sacrifices and hard work needed to succeed in endurance sports. It is also guaranteed to get you fired up to train hard! But before you start cranking out 140 mile running weeks and 60 x 400m workouts, remember that Quenton Cassidy is a fictional character and, unlike him, you can over train.

The Feed Zone Cookbook is a great collection of recipes designed specifically for endurance athletes. It also features a large amount of optimal nutrition information. The recipes taste great and are fast and simple to cook. Even I can cook them! Plus, making a delicious and healthy dinner for your significant other is a great way to start the conversation “So I really like that new Argon 18…”

The autobiography of Chris McCormack is more than just a recap of his successful career. It goes into detail of how he was able to achieve his success. The book includes his Ironman Training, his philosophies on nutrition and hydration and most entertainingly the mind games he used to out-psyche his competitors. I would say it would take your trash talking game to a whole new level! But, I mean, as good Canadians we would never talk trash…

David and Goliath is a collection of examples that show how we can turn our apparent weaknesses into strength. Triathlon is all about doing things we never thought possible and this book will inspire you to do just that! And he’s one of us! Word is that Gladwell is an avid runner…I wonder if he can ride a bike and swim?

As the Crow Flies – Craig Alexander

As the Crow Flies chronicles Craig Alexander’s 2011 triathlon season that culminated in his record-breaking performance at the Ironman World Championships. The book holds nothing back and shows the hardships and difficulties that Craig had to overcome during his perfect season. It’s also full of great photographs that give a new type of insight into life as the world’s greatest triathlete. I’ll admit it, I still get star struck whenever I see Alexander “in the wild” as my partner would say. Earlier this year I saw him at a Whole Foods buying groceries and I become paralyzed with indecision: do I go over and introduce myself or do I awkwardly watch him from a distance trying to scope out what special food he’s buying. Props if you can find my picture in the book; my very own, personalized game of ‘Where’s Waldo?’