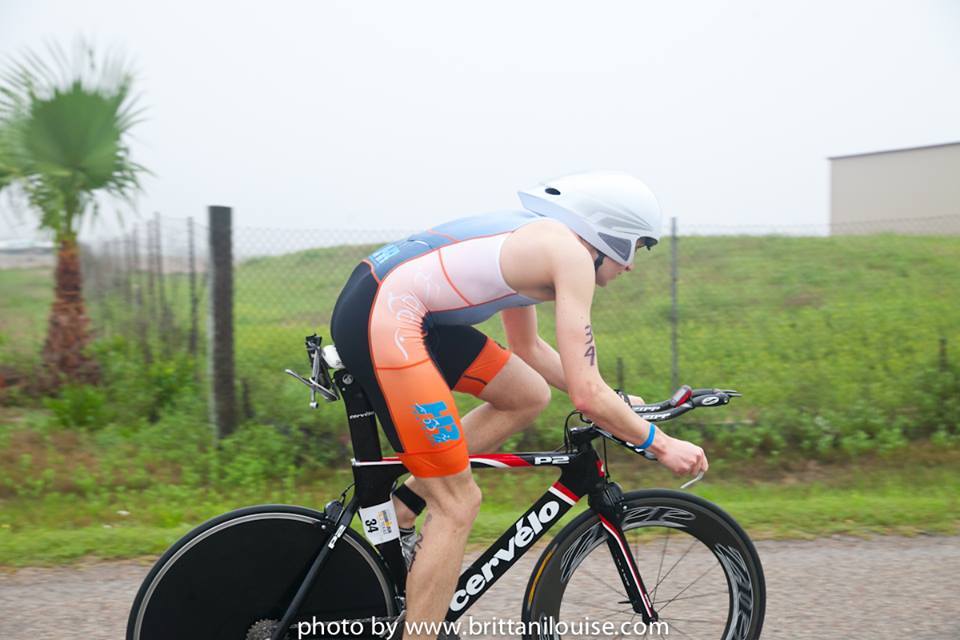 Cody Beals has been racing up a storm since his pro debut at Ironman 70.3 Galveston. We had a chat with him shortly after that race that clearly set him up for more great performances this year. Check out his interview with TMC’s Roger Hospedales.

TMC: Tell us about your foray amongst some top notch competition at Galveston.

Cody Beals: If I had any expectations, the race exceeded them! One look at all the big names on the Texas 70.3 start list was enough to convince me that my pro racing debut would be nothing more than a development experience. It was surreal to find myself riding through the field and then hanging on for a top 5 finish. All indications were that I was fitter than ever, but training entirely alone and self-coaching for the most part provided little frame of reference. Another huge question mark was preparing almost exclusively indoors due to the endless winter. I guess I looked pretty terrified on race morning, because accomplished Canadian pro Jeff Symonds came up and offered some comforting words of advice for a rookie.

TMC:  Having pulled off such a performance, did that force you to reassess how you’d approach the rest of the season? What’s the plan for 2014?

CB: Yes, a little bit, but I’ve always been very incremental with my goals. I won’t be quitting my day job just yet to try to hack it as a globetrotting triathlon pro! Racing at the elite level wouldn’t even have been on my radar without the mentoring of Richard Pady, a veteran triathlete and coach. That performance gave me the confidence to reach for the highest level of the sport over the years ahead. In 2014, I will target some high caliber Half Distance triathlons such as Syracuse 70.3, Challenge St. Andrews, Muskoka 70.3 and Niagara Falls Barrelman. I will also keep one foot in short course racing with the MultiSport Canada Triathlon Series.

TMC:  You come from a strong running background, but what have you done to allow you to improve to the point where you can pull off a 2:04 bike split? What else will you be doing to be competitive with the big names in the sport?

CB: Until recently, cycling was my weakest discipline. Last year, I approached cycling with a new philosophy and saw tremendous improvement. I attacked my weakness from every angle, from optimizing my training and race weight, to obsessing over my equipment and position, to improving my pacing and handling skills. No gain is too marginal for me to overlook. During the four months leading up to the race week, I did virtually all my cycling on a CompuTrainer, which I consider an indispensable training tool. I used to pride myself in being a lone wolf, but I’ve realized that reaching my potential requires a team effort, including coaches, sponsors and other professionals. I’m taking a ‘no stone unturned’ approach and seeking expertise in every area. Swimming is now my greatest performance limiter. In January, I began working with a superb swim coach, Tim Floyd of Magnolia Masters, whose positive influence has extended well beyond the pool.

TMC: Tell us about your blog. You tackle some interesting topics on there with a very analytical approach.

CB: With my blog, I try to offer more than just another glorified training log. Many of the topics come from questions I receive or what I see as common misconceptions in endurance sports. The subject matter is technical at times, but I try to make the material as approachable as possible. I make no pretense of being an expert in any particular area, but I aim to show that you don’t need to be an expert to take an analytical, evidence-based approach to training and racing. Another objective with my blog is to document the slow, often challenging process of transforming myself from an unremarkable age grouper into an elite triathlete. Too often, we only hear about an athlete’s successes, while their struggles, insecurities and screw-ups don’t get the same billing. It’s all part of the learning process and I don’t shy away from sharing my highs as well as my lows, like overcoming mental health issues, overtraining and insomnia. In being so open, I hope to demystify elite development and help athletes of all levels learn from my experiences.