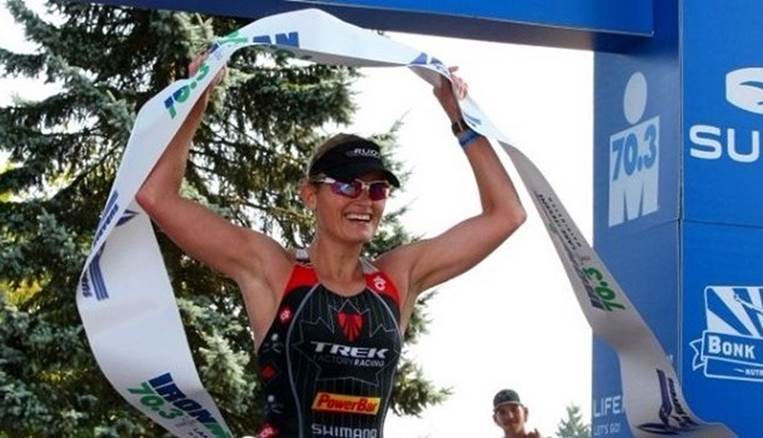 The sport of triathlon is a tiny step away from being one of the few examples of true equality among men and women in professional sport. Collegiate sport has Title IX regulations in the US which demand schools receiving federal funds to have equal rosters for men and women, so young athletes can get their start in athletics with equal opportunity. The regulations state, “The athletic interests and abilities of male and female students must be equally effectively accommodated.” [1] This amendment from 1972 would be considered reasonable by most people in North America in 2015. Maybe not in other countries or continents, but certainly here. Equally accommodated and proportionally accommodated are two different things. It’s time for triathlon to end the proportional accommodation of female professional athletes at the World Championship and take that last step towards true equality- and in the process become an example for all professional sports and to the world.

I tried to think of any professional sports that are equal in prize money, event distance, coverage, and opportunity between men and women.  Car racing is equal given that women are competing directly against the men but I don’t know enough about the sport to know whether the handful of women racing are treated equally. There are some women competing in Olympic bobsled with the men this season. It’s rare that the best women can beat the best men in sports purely demanding physical strength and stamina, although women are getting closer in longer endurance events. My research did not come up with any professional events where it was 100 per cent equal, but that doesn’t mean the example isn’t there, only I haven’t found it.

I believe triathlon is the professional sport closest to creating an equal playing field among women and men. With nearly all of the major prize lists equal between the men and women there exists an equal opportunity for women to battle to earn a living in the sport. I think this is one of the greatest examples of a sport creating a culture of inclusion and as a result it is growing its audience and participation across both genders. Information from the USAT website indicates that licensed members are 65 per cent men and 35 per cent women, up from 28 per cent women in 2000. I would argue that creating a culture of equality encourages equal participation, despite the fact that all over the world there is not 100 per cent consensus that women should be afforded equal rights.

The ITU has developed a whole new generation of super-triathletes who have started to infiltrate the non-drafting professional field. From the beginning in 1989, Les McDonald had the foresight to ensure that all events and participation would be 100 per cent equal between women and men. This has allowed the female ranks in ITU to develop a depth of talent and participation rivalling the men in countries around the world. In the beginning, this depth in the women’s field was not there, but it grew because of this culture of equality. As these athletes start to move into Ironman we will see more and more incredible female pros in the Ironman ranks from an increasingly larger number of countries. More female pros will inspire more female amateurs, especially in their respective countries. Ironman was born in the USA and ITU brought triathlon to the world. Now the world is coming to Ironman. We need to show the entire world that Ironman believes in gender equality as did the ITU.

For Ironman to follow the example that ITU has set there is only one last small step to take. We need an equal number of qualifying spots at two races. It is this tiny speck of inequality that makes the entire sport unequal because almost equal and equal are two different things. The argument is that the spots are allocated due to the proportion of male pros to women pros.

The definition of proportional (from the Merriam-Webster Dictionary) is:

Proportional (adjective): having a size, number, or amount that is directly related to or appropriate for something

Proportional is an adjective that compares things to one another.   One of the words used in this definition is “appropriate.” The word “appropriate” begs for evidence to support this conclusion. I believe it’s appropriate to have complete equality as is demanded in ITU. This is the future I want for Ironman. The female pros are not “less” when compared on terms of ability and quality which is exactly what is expected at a World Championship. There are less women now than men in the sport but that is what we are fighting to change. They may be less in terms of absolute number, but that’s a snapshot of the present while we look to change the future.

However, consider the definition of  equal:

Equal is also an adjective used to compare two things and finds the two the same. Equality by definition should mean the women’s and men’s professional fields at the World Championship be the same. Women follow the same qualification process, at the same races, with the same distance and the same rules. Equality demands that each step and rule of the process be the same. Full equality with equal World Championship spots gives female pros an equal opportunity in the sport and sets a completely new and important precedent in sport.

Creating real equality in Ironman will only enhance the depth of field in the women’s race. Triathlon is a community that is defined by its values and its culture. I think the culture in Ironman is respect, fair play and inclusion. I don’t think the issue of equality should be fought only by the small group of female pros who would like to participate in their World Championship. This is an issue that is important to the entire sport, men and women, pro and amateur, challenged and able bodies. We are all defined as Ironman athletes.

Equal is equal. Proportion is not equal. Shouldn’t we demand this of WTC as a community? We could be the sport leading the world in equal participation. It is a rare and significant position to be in and so close to actually being reality. The world demands that people step up and lead on important issues and I believe it is our turn as athletes to lead on the issue of gender equality.