It is going to get confusing for us triathlon fans over the next few years trying to keep track of the two Beaulieu athletes who are leading Canada’s junior scene at the moment. While Noemie and Mathis Beaulieu both train with the same club, Rouge et Or, they aren’t related. But they are both very fast.

Coming back from COVID

Quebec’s Noemie Beaulieu put together a gutsy performance after coming back from a recent bout with COVID, just missing the podium with her fourth-place finish at today’s Junior World Triathlon Championship in Montreal.

The swims were cancelled for all of Friday’s events in Montreal this weekend because of storms with heavy rain that lead to issues with the water quality at the city’s harbour. The water quality has improved quickly, which means athletes will hit the water for the weekend’s races. 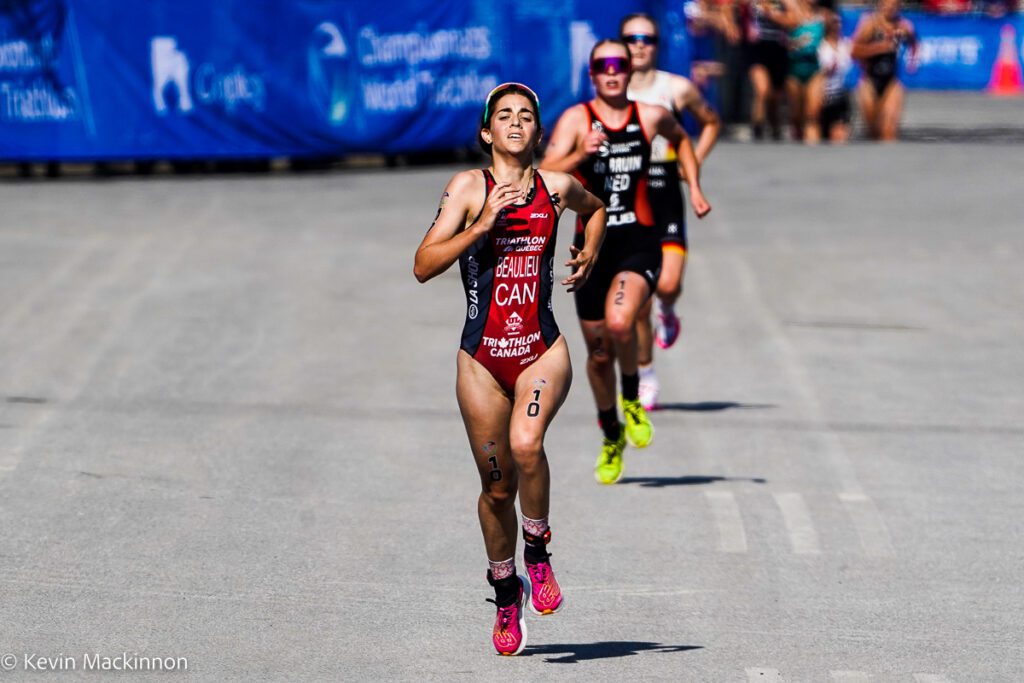 That meant the juniors took on a 2.5 km run, a 20 km bike and a 5 km run. Noemie Beaulieu finished the first run in 11th, then rode with the big lead pack of 19. Off the bike she found herself in a five-way battle for the medals with Sweden’s Tilda Mansson, Switzerlan’s Livia Gross and Germans Jule Behrens and Julia Brocker.

“It was a bit different being a duathlon because that is not what we were supposed to race, but I was still really happy to be racing in front of my home crowd. It was wild,” said Beaulieu. “My first run went really well.  I had a good transition onto the bike. It was a hard course because there was quite a lot of turns and we were a big group so it was hard to position myself.”

“The day went really well and with the crowd, it was just really fun,” added Beaulieu who is competing in her last year as a junior. “I was just happy to be on the start line because I was (sick) recently and wasn’t even sure if I could compete. I’m really happy with this result. I wasn’t expecting it.” 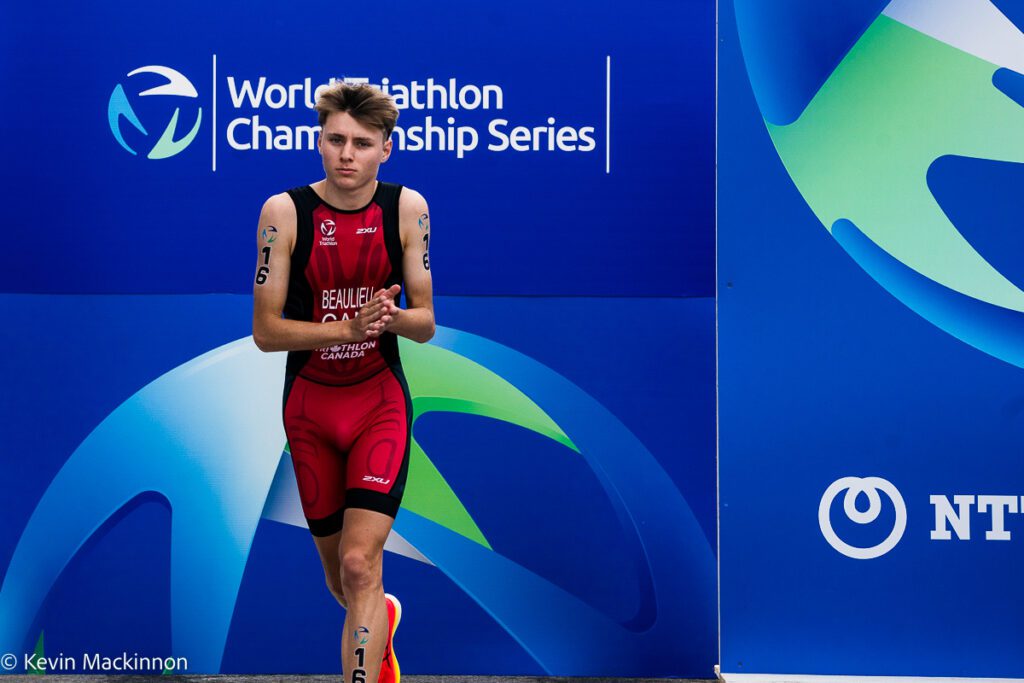 At just 17, Mathis Beaulieu still has a few years of junior racing ahead of him. The young Quebec athlete finished seventh in the men’s race today after leading the pack through the first 2.5 km run.

The race started pretty fast. I tried to set a fast pace at the front so the guys would ease off a bit and stretch the pack,” said Beaulieu, who is of no relation to Noémie. “I was very comfortable when I got on the bike, but my legs started to cramp up on the second lap.  I had to put the bike down, stretch and get back on, so I lost contact with the pack, which complicated things.  I got off the bike 15 to 30 seconds after the first pack.” 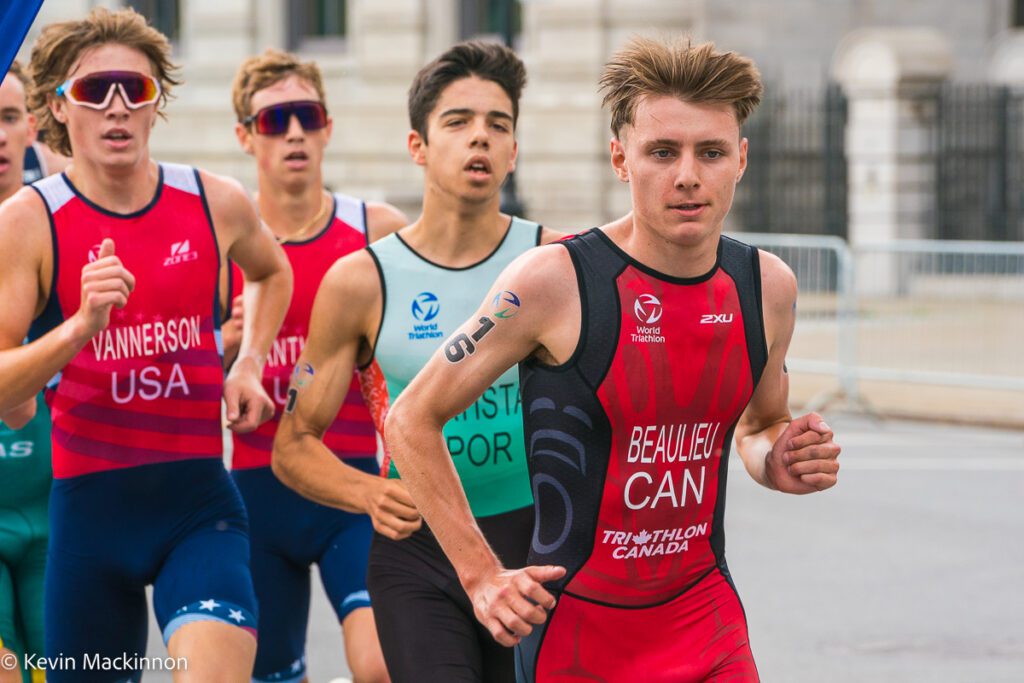 Beaulieau came off the bike in 24th and managed to run his way to the top-10 despite his cramping issues.

“I tried to build from there but it was difficult at first because of the cramps, but it got better in the end,” he said after the race. “It’s a bit disappointing. I want to do better next year.”