The swim saw super-swimmer Lauren Brandon lead the way out of the water almost 54 seconds ahead of Holly Lawrence, with McBride hitting T2 in fourth, 3:18 down from Brandon.

Lawrence would eventually move to the front of the bike and was still in the lead at 75 km, but by the end of the 90 km bike McBride was 16 seconds ahead of the British 70.3 world champion (2016). Lawrence overtook the Canadian early on in the run, but would struggle with stomach issues and eventually drop out of the race after the halfway point of the half-marathon. 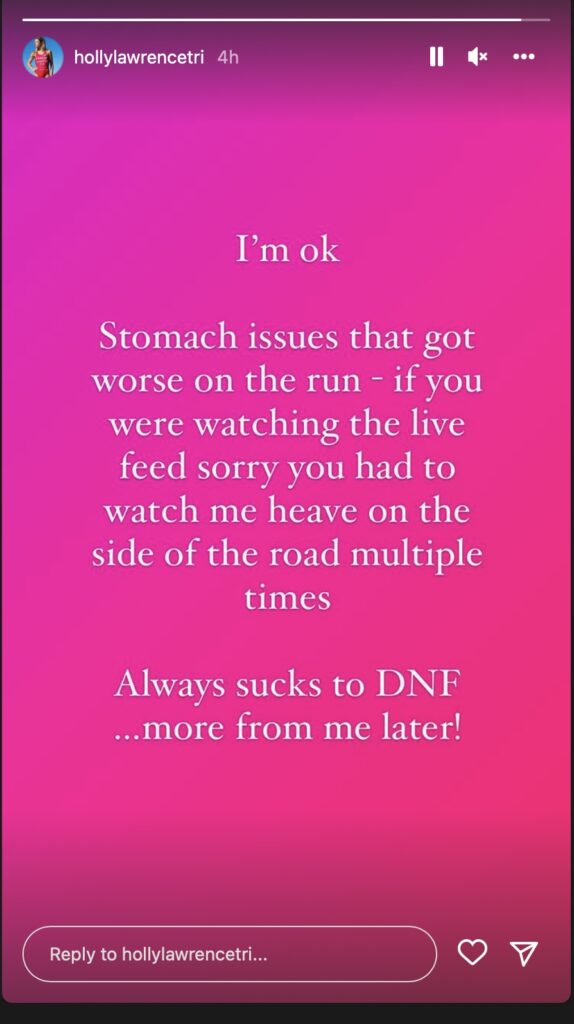 McBride powered by Lawrence and remained steady at the front of the race and was never really threatened for the win thanks to a solid 1:29:15 run split to cross the line in 4:12:53, 3:19 ahead of American Lesley Smith. New Zealand’s Hannah Wells rounded out the podium.