France’s Vincent Luis powered his way back to the top of the Super League podium on the weekend while Great Britain’s Jess Learmonth made it two-for-two after topping the event in London last weekend. The racing in Munich last weekend took the form of an “Equalizer” race that saw athletes begin with an individual 2.4 km time trial on the bike, which helped set the starting order for the pursuit-style back-to-back 300 m swim/ 3.6 km bike and 1.8 km run triathlons.

Last week it was Wilde who used a “short-chute” bonus to cut ahead and take the win, this week it was Luis who was able to use the bonus to take the win over Brits Jonathan Brownlee and Alex Yee to move to the top of the Super League Championship standings with two events (Jersey and Malibu) to go.

“I had to really dig deep on the swim to grab the Short Chute and I was pretty empty on the last bike and run,” Luis said at the finish. “First feels a lot better than the second I got in London! I even thought about not using the Short Chute to set up a fair sprint with Jonny, yet he was strong on the run and attacked a few times, and I didn’t want to waste what I’d fought for on the swim.”

Learmonth moved to the front of the race during the first swim and never looked back. She was 10 seconds up at the start of the second triathlon and was a whopping 22 seconds ahead after the second swim. She would hang on for an 11-second win over countrywoman Georgia Taylor-Brown, with fellow Brit Beth Potter taking the final spot on the podium. 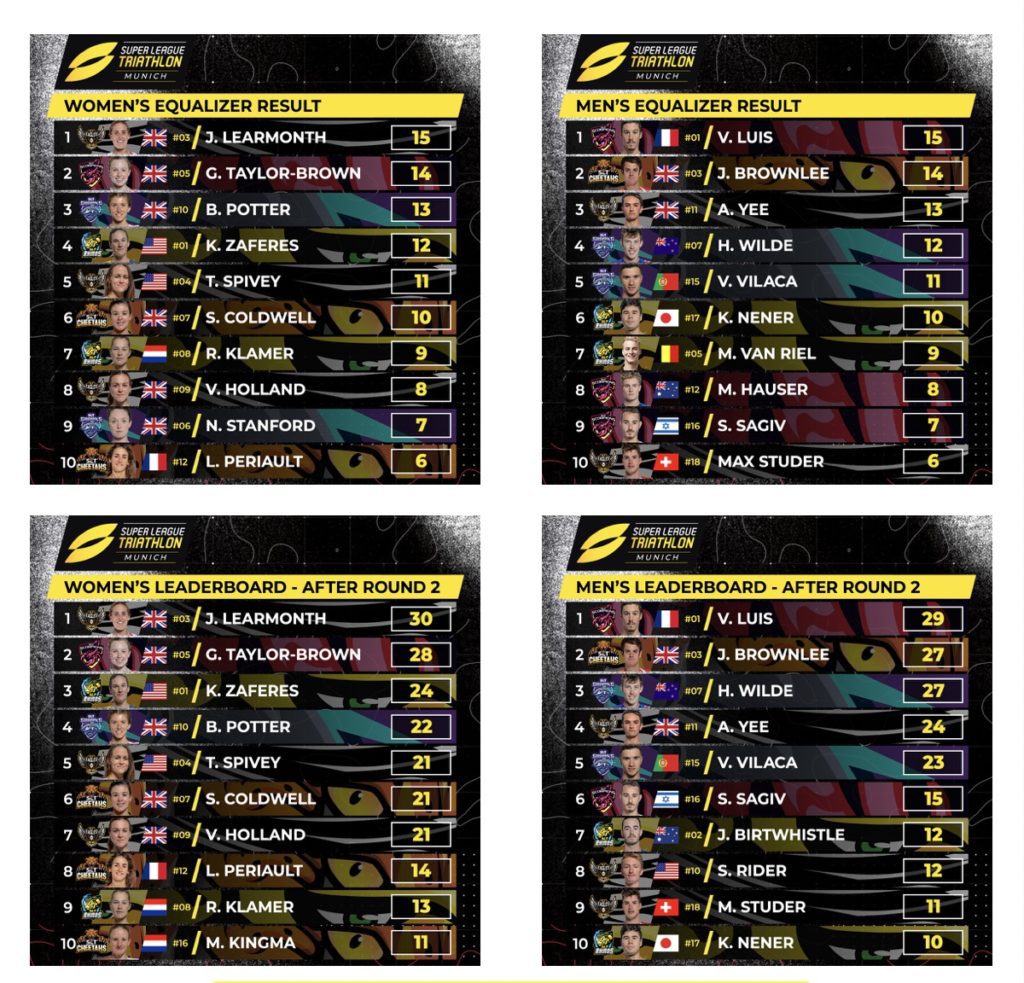