The first of two Ironman World Championships this year is now underway. The pro’s racing in St. George, Utah have completed the swim and are now out on the bike. In the men’s race it was Sam Laidlow out of the water first in 47:29 followed by Daniel Baekkegard and Kyle Smith. Canadian Jason Pohl lead the way out of the water in 22nd for the top Canuck place while Lionel Sanders followed in 29th position.

There were two notable scratches before the race. Both Alistair Brownlee and Gustav Iden decided not to start the first of two Ironman World Championships this year.

Brownlee posted the news to his Instagram story last night noting sickness as the reason for the scratch. 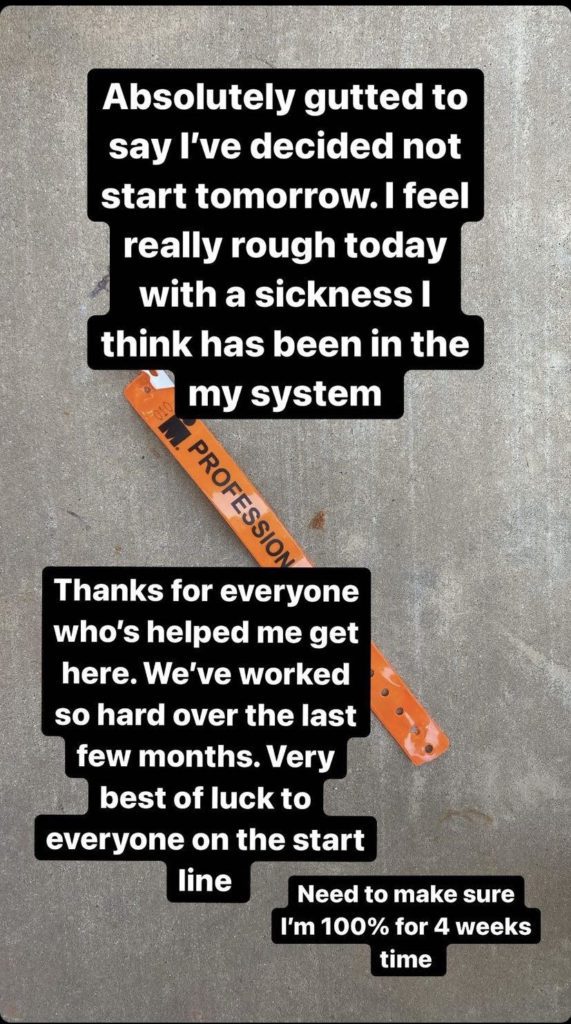 Gustav Iden also posted about watching the race from the sidelines due to illness this morning on Instagram.