I have a friend I’ve known for decades who never tells anyone how old she is. She has informed me it is rude to ask. “It’s nobody’s business,” she insists. “I don’t want people judging me based on my age. Keep them guessing, I say.”

This isn’t an option for triathletes: we wear our age scrawled in permanent marker on the back of our calves in every race. I love this. Nothing pumps me up more on a run course than passing a 50-something woman I’ve spotted ahead of me, and nothing soothes my sense of defeat like seeing that the runner who has just loped past me without even breathing hard is young enough to be my daughter. No, make that my granddaughter. 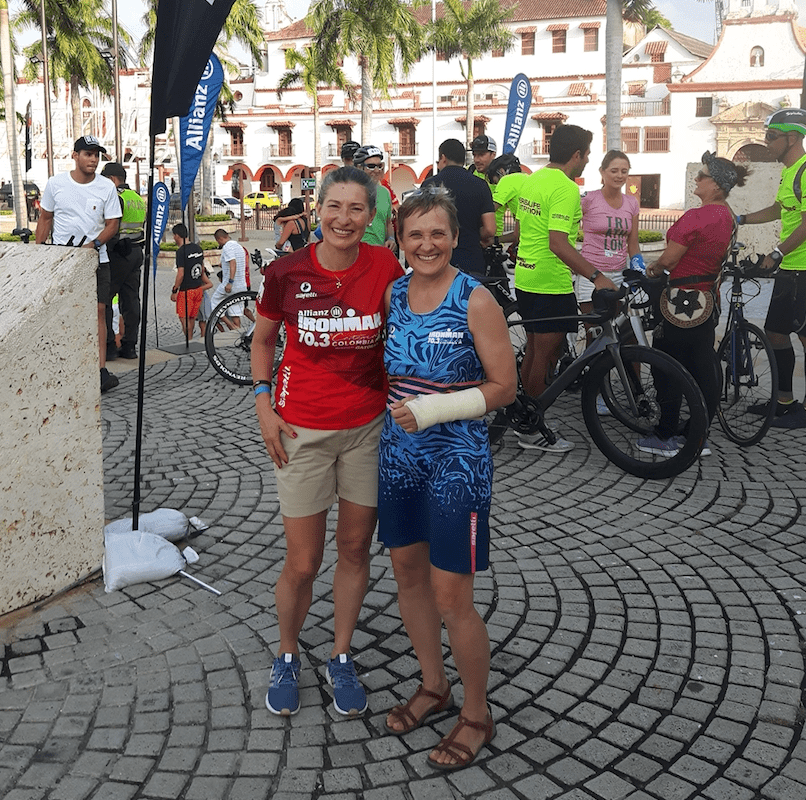 Triathletes may be the only people in the world who look forward to landmark birthdays like this one. I’ll be the spring chicken in my new age group, at the bottom of the rung of 60- to 64-year-olds. I look forward to celebrating my advantage as the youngest competitor in my tiny field for a whole season.

I say “tiny field,” but in fact, it’s not so tiny anymore. Last year, more than two dozen women over the age of 60 competed in Ironman 70.3 Mont-Tremblant, the race I am training for right now. Among them were some powerhouses such as Frances Hardwick, who went on to a top-10 finish at Kona, and her fellow Ontarian, Rosemary Wedlake, who, at 65, completed the challenging course in 5:30:46 – easily win- ning her age group and finishing in the top 20 per cent of all women in the event.

Related: Nutrition and the mature triathlete

When I first started competing in 2002, I was in my early 40s, and there were sometimes only two or three of us in my age category. Compare that to the Tremblant half last June, where there were 170 women in the 40-to-44 age bracket. I predict dozens of them will still be out there competing by the time they’re my age.

Part of what I love about this sport is that in the amateur ranks at least, it is not ageist or sexist. I may not be pushing 300 watts with the young guys at the bike shop where I train all winter, but I get high-fives at the end of a tough hour of spinning simply for suffer- ing alongside them. I feel accepted, supported and respected. 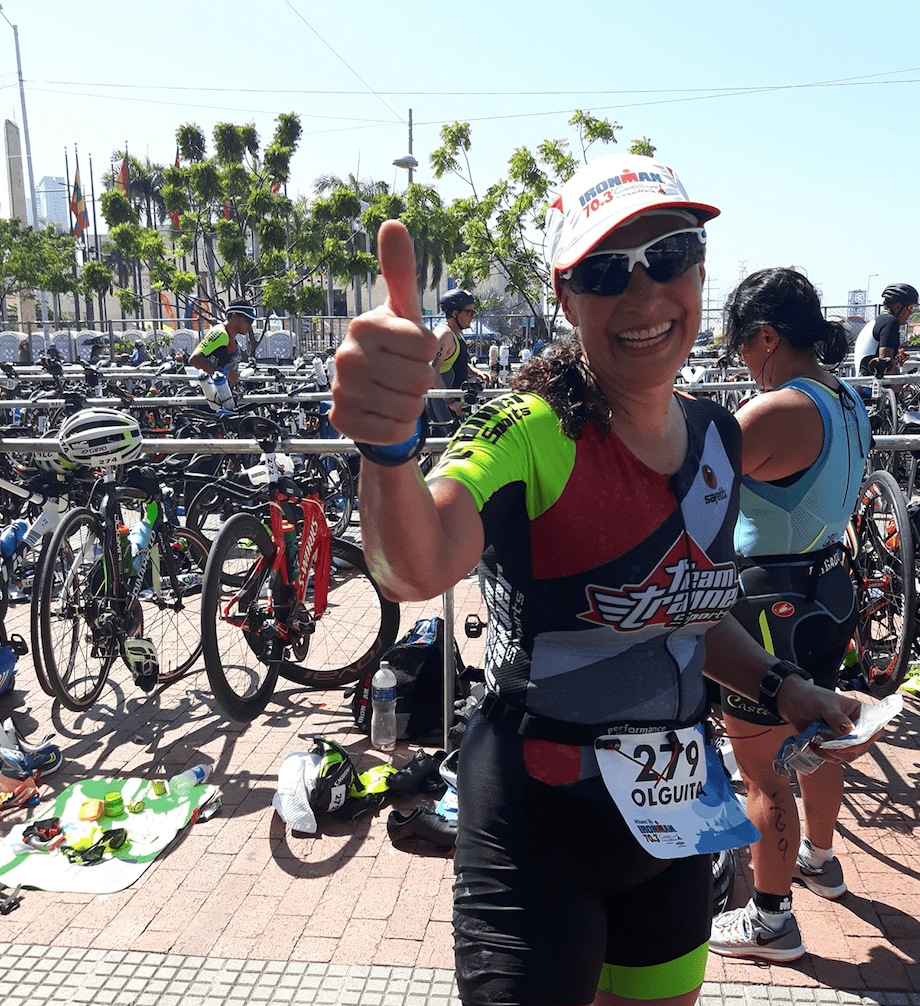 I realized how much I took this for granted when I was in Colombia in December for Ironman 70.3 Cartagena. There were only half a dozen women over the age of 55, and I got to meet most of them. Like every triathlete, each one has a story to tell, and the common thread that ran through theirs was just how challenging it is to be an older woman triathlete in a country where women are still expected to fill pretty traditional roles.

“It is not and has not been easy,” says Gina Tatiana Monge Muñoz. “You have to steal time from work and family.” In her mid-50s, Monge Muñoz, who is from Cali, started running trails with her sister Luisa, including a crossing of the Andes in 2015. She signed up for her first sprint triathlon in 2016, and she’s now done the 70.3 distance three times. “It’s hard for my family to understand that training is something I’m serious about, a commitment I’ve made to myself, so I end up going out to run very early in the morning, when it’s still dark out, so as not to bother family members who ask, ‘Why are you going out so early again? Why do you train like this every day?’”

Related: Is coaching older triathletes any different from coaching younger ones?

Monge Muñoz is now 59, the same age as I am, and though she spoke little English and my Spanish is rudimentary, we bonded immediately over our similarities. “I came late to the discovery that I am so strong physically and mentally,” she tells me in a recent email. “I have become disciplined, even with my diet, and it’s now a way a life, although, I repeat, it’s not easy.”

Olga Toro has her daughters to thank for getting her into the sport. The retired archivist from Bogota signed the girls up for swimming lessons when they were small. Toro had never learned to swim. She used to watch her girls from the side of the pool, and one day, their teacher asked why she didn’t take lessons, too.

“A 35-year-old can learn to swim?” she asked. It turned out she was a natural. Ten years into masters swimming, a coach suggested she try a triathlon. “No, never!” was her response. Still, she signed up for an Olympic- distance race without ever having run a kilometre. “I didn’t train at all,” she says, looking back at that first event and laughing. “I just ran and walked, ran and walked. But I finished.”

Now 60, Toro has qualified three times for the Ironman 70.3 World Championship – mostly, she says humbly because she has no competition. But she and her husband, Mauricio, also a triathlete, now plan their vacations around her race schedule. That’s how she came to discover Mont Tremblant in 2014 and South Africa last year.

She sees herself as a kind of ambassador for the sport. “I’m an example to a lot of women who think, at 60, women can’t do sports because they are tired, their arms hurt or their legs hurt. I tell them, sport is essential to life.”

Loreen Pindera is a journalist and editor for CBC News and an avid triathlete.