There are three Canadian athletes on Team International at the Collins Cup and, with just hours to go before the start of the innovative new race put on by the Professional Triathletes Organisation, all three are involved in some key races. 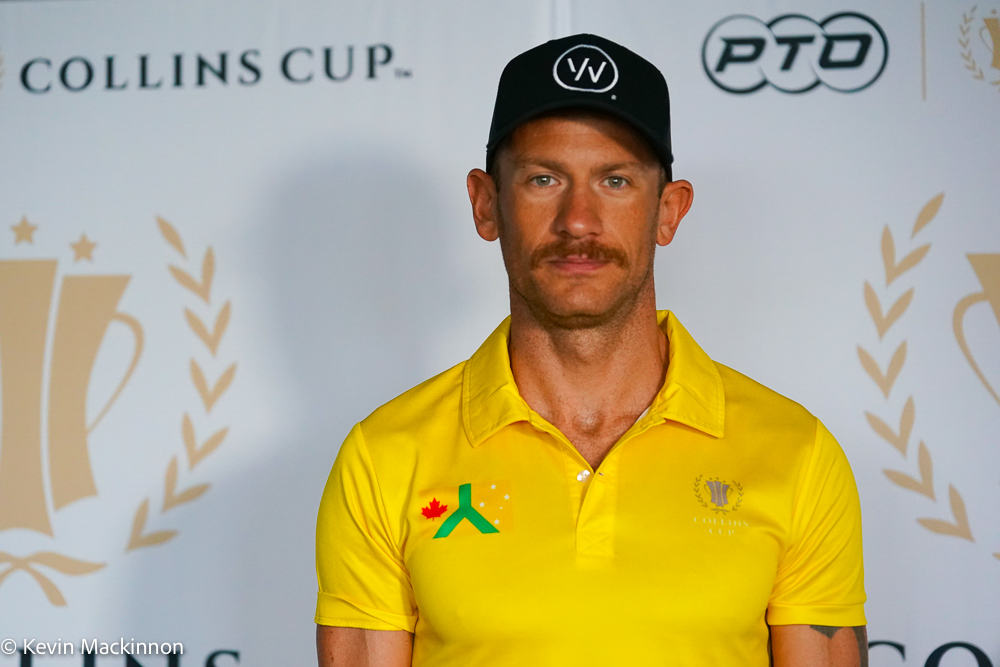 Race #9: Sanders vs Kienle vs Starykowicz

One of the most talked about matchups here in Slovakia is the race of the uber-bikers that will take place here. Sanders and Kienle have had some epic duels here in Samorin at the Challenge Championship. Now we’re adding the colourful character of fast-riding Andrew Starykowicz to the mix. While Sanders would dearly have loved to have taken on Jan Frodeno here at the x-bionicsphere, he thinks this is the right pick by captains Lisa Bentley and Simon Whitfield.

“It’s the right match up,” Sanders told us yesterday. “I have the most experience racing Sebastian on this course. I also probably have the most experience here racing Starky (Andrew Starykowicz). In my early days that’s who I was racing all the time and some of my best efforts, run efforts for sure, came in racing Starky because he’s smashed the bike and was so far off the front, and he was so much better a swimmer than me, for sure.”

Paula Findlay will have her work cut out for her to keep the gap to a minimum after the swim in this match, but as she’s coming off a stress fracture right now she feels confident in her swimming and biking. Can she ride up to Charles-Barclay and make things interesting in the run?

“It (her leg) is better than it was, but its not like I’ve had a bunch of run training until now,” she said. “My run training is not where it was in Daytona (where she won last year’s PTO 2020 Championship) or anything, but the bonus is I’m riding pretty well and I’m swimming really well, and I’ll be able to get through the run. I’ve run pretty well off of low training before, so I think I’ll be OK.”

For me, between this race and 70.3 worlds in three weeks, these are my peak races for the year, so I’m expecting to be one per cent, two per cent better than I’ve been all year and, I think that’s going to show on Saturday,” Jackson Laundry said yesterday. “I’m with Justin Metzler and Joe Skipper. I know that I’ve beaten these guys before and I will again. I’m the last match up and by the time I cross the line the race may be decided and it may not, but I have to get as many points as possible. For me, personally, I wouldn’t be happy with just winning. I need to win and get bonus points because a lot of the guys on my team are facing off against incredibly fast middle-distance athletes and the two guys I am facing off with are both really strong, but are kind of more focussed on Ironman this year. This is my distance, this is my race, and I’m going to give it everything I have. It’s more than just racing for yourself.”