Quebec’s Mathis Beaulieu, fresh off a pair of wins at the competitive European Triathlon Junior Cup and the national championship title, made it four-for-four with the win at today’s Canada Games triathlon in Welland, Ont. British Columbia’s Colette Reimer topped the women’s field in the sprint-distance event.

Athletes had to deal with rain and heavy winds during the race.

“It means a lot to win this medal for Team Quebec,” said Beaulieu after winning the race in 57:43.  “The reason (for this success) is that I have been working and pushing hard every single day. The key today was to stay on your bike and be able to manage a good run.”

You can find the men’s results here. 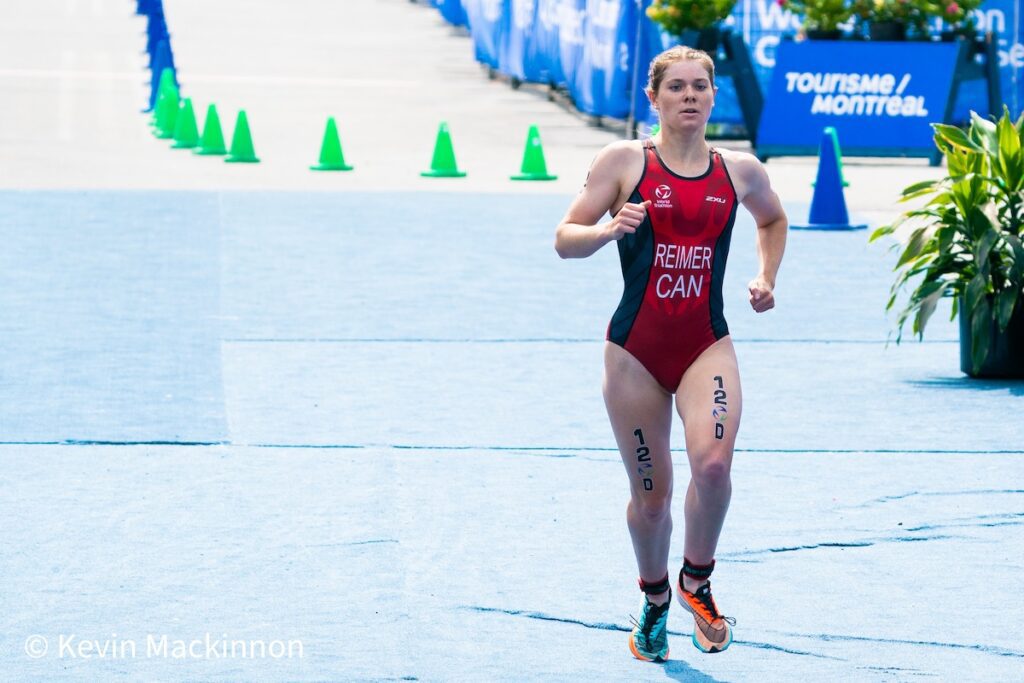 Reimer runs to the win

“It is always really meaningful to race on home soil, so it is really exciting to take the win,” Reimer said after winning the race in 1:06:16. “The weather was really crazy. The men raced in a torrential downpour and the women didn’t know if our start would be delayed.”

“I wanted to focus on the swim because it sometimes is what puts me back a bit,” she continued. “Team BC had all three of us hit the first buoy up at the front and we came out of the water together at the front.”

Reimer was part of a breakaway group on the bike that included Saskatchewan’s Nata Kolesova and Alberta’s Sophia Howell. Reimer led the way onto the run and held on (1:06:16) for a 16-second win over Manitoba’s Anja Krueger, with Howell rounding out the podium in 1:06:41.

You can find the women’s results here.

On Thursday the athletes take on a super sprint race, with the weekend’s triathlon racing ending on Friday with the mixed relay.