The Arena Games Triathlon powered by Zwift burst onto the triathlon scene a couple of years ago at a time when “regular” racing had come to a halt thanks to the COVID-19 pandemic. This year the series also serves as the eSport World Championship Series, with races taking place in Munich, London and Singapore.

The first race of the series takes place on April 9, with London scheduled for April 23 and Singapore on May 7.

The opening race of the series will feature a number of former Arena Games champions, along with the defending men’s champion from the Super League Championship Series, Alex Yee. (The full start lists will be announced during the week before each event.)

Jess Learmonth might have just made her long-distance debut at Ironman 70.3 Lanzarote, but she’s certainly not giving up on short-course racing as of yet. Part of the gold-medal British mixed relay team in Tokyo last summer, she was the first-ever Arena Games women’s champion two years ago. She’ll take on countrywoman Beth Potter (pictured above), who won the Arena Games held in London last year. 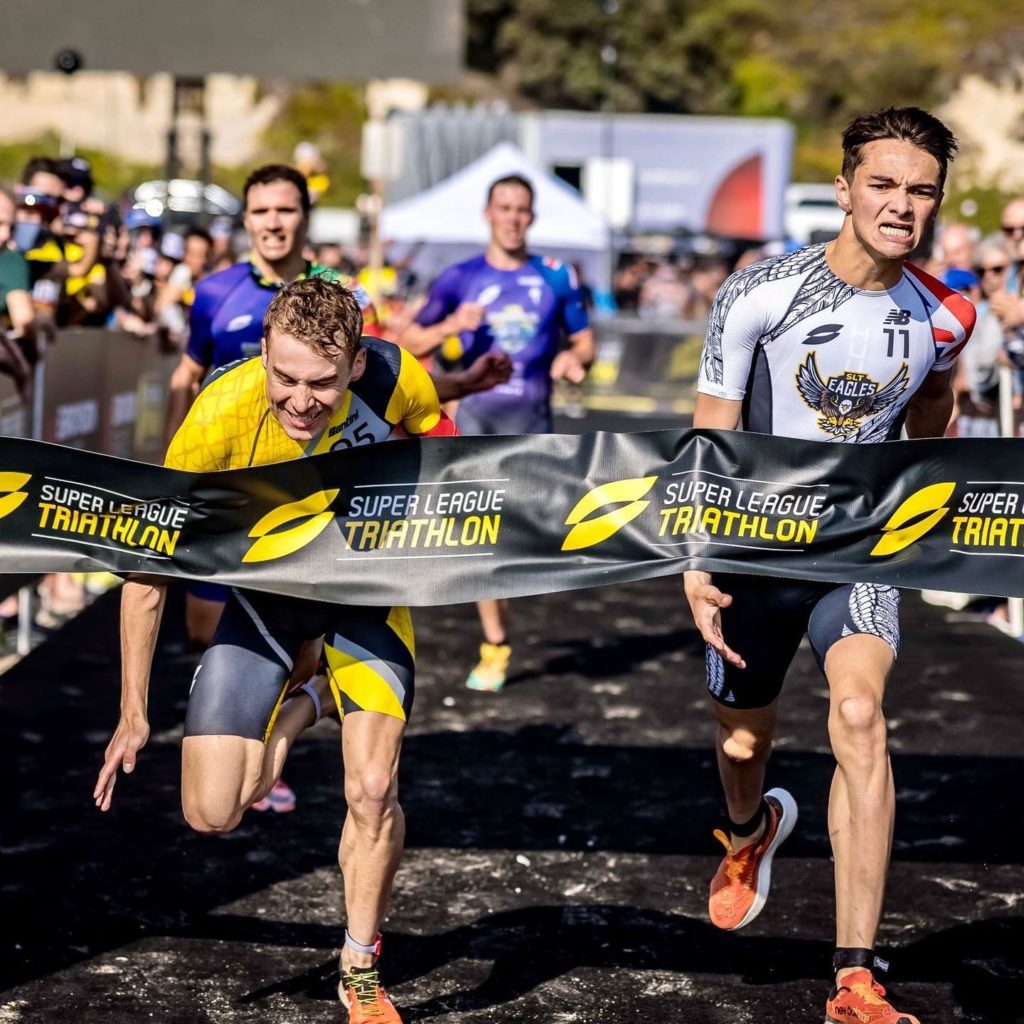 Van Riel and Yee ready for another duel

The first eSport World Triathlon titles will be decided at the Grand Final event in Singapore. We’ll have more details on how to watch the series closer to the event.