A new era for the Ironman World Championships in Hawaii began on October 6th and 8th of this year: For the first time, the event was held over two days. Ironman’s long-held wish had come true – the COVID-19 pandemic and two years of cancellations had resulted in a backlog of qualified athletes. It is a backlog that continues – some athletes have deferred their qualification to 2024. 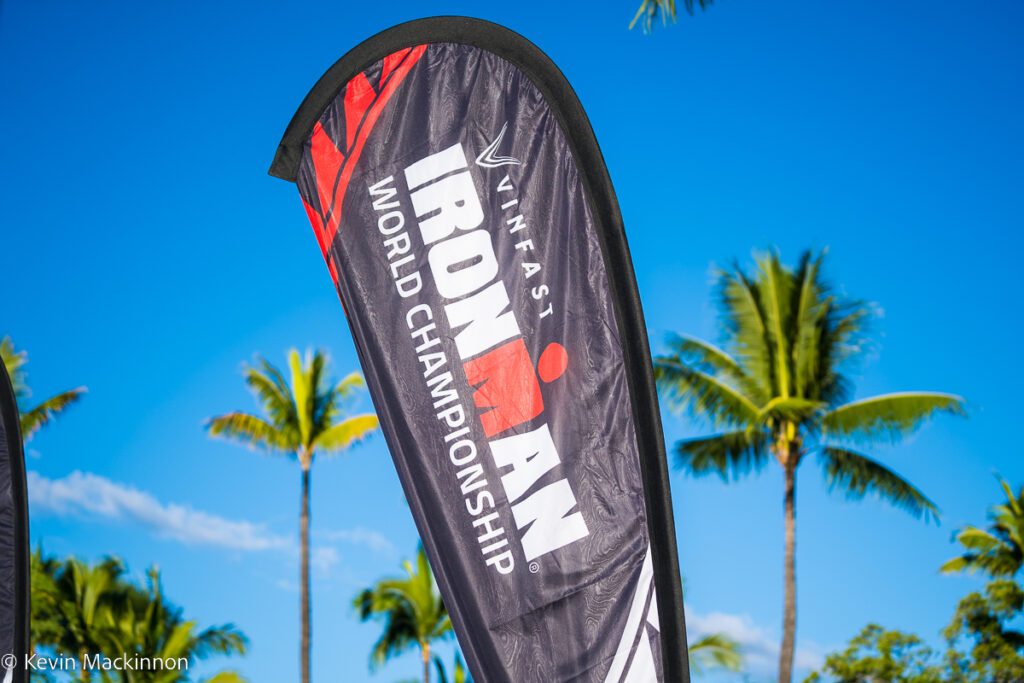 Last July Ironman announced that the 2023 event in Kona would take place over two days. That came as a surprise to many – including locals involved in the organization of the event. Island mayor Mitch Roth is said to have supported the announcement, according to an article in West Hawaii Today on the Monday after this year’s race, although he did admit that there was perhaps not enough consultation given to the community about it. Roth said that the two days in Kailua-Kona for 2023 were not set in stone, while Ironman was officially looking forward to an all-women’s day on Thursday and all men on Saturday.

Related: Is Kona really going back to one day next year?

However, for Ironman, the timing of next year’s race couldn’t be worse – for local political reasons.

Mayor Mitch Roth is in the midst of a difficult first term in office. (The next election for the position is in 2024.) A few weeks after taking office, the former Hawaii County prosecutor suffered a heart attack. During the corona pandemic, safety measures implemented by Roth went too far for many islanders. While the recent election results of his fellow Democratic politicians were pretty clear (Brian Schatz got 71.2 percent of the vote in the Big Island U.S. Senate election, Josh Green got 65.1 percent in the election for governor), Roth came in at just 57 per cent in 2020. The Ironman World Championship next year, and how it is received by the locals, could be important topics for Election Day on November 5, 2024.

Many community members were critical of the two days of racing this year because the promised profit went unnoticed by many Hawaiians. Hotels, car rental companies and other tourist infrastructure certainly benefited from the many additional visitors. But, with the already high travel and accommodation costs, inflation and the dollar exchange rate, which was unfavorable for many international guests, willingness to buy and consume was rather low.

Despite Roth’s appeal at the event’s Welcome Banquet: “Open your wallets and give generous tips!” the lines in front of the famous Lava Java, the legendary Da Poke Shack and the wooden tower of the Basik Açaí were no longer than they were at  previous one-day Ironman events.

“Local retailers were completely ignored by the event,” a local insider told us. “The promised increase in sales is not reaching us,” said the burger makers from the “Island Ono Loa Grill.”

Of the 390 island police officers on the Big Island, 100 were involved in securing the event. That prompted the police union – the State of Hawaii Organization of Police Officers (SHOPO) – to sound the alarm: “Detectives and officers from different units were removed from their departments to take over traffic control for the event. Some have not been able to complete their casework because of the change,” the union officials say.

The first time the Ironman was held on a full working day, Thursday, was and is a bone of contention – despite well-planned modifications to the route, such as the only single-lane use of the Queen Kaahumanu Highway, there were traffic jams in the area. Even the mayor complained to the daily newspaper that he was stuck in traffic for an hour on Thursday.

Ironman made a donation of US$240,000 to the city to compensate for police overtime, but “the damage to the community is probably higher,” the union says.

So let’s be clear: a two-day Ironman event in Hawaii worked, but wasn’t popular with everyone. So unpopular, in fact, that, according to insider information, the decision of the local administration only allows for one day of racing. A corresponding request from tri-mag.de to the mayor last week has so far gone unanswered.

So what are the options? Ironman hasn’t commented, so we’ve come up with a few and outlined the pros and cons based on the race experience for the athletes, feasibility in terms of likelihood and effort and impact on the Kona Coast population.

The women on October 12 and the men on October 14, 2023 in Kailua-Kona: This is what Ironman has announced. According to our research, the planned two-day event, which was proven to be a sporting and technically feasible success, is a scenario that is becoming increasingly unlikely.

Option 2: Ironman World Championship in Hawaii over a weekend

Extending the race into the working week was one of the main criticisms of this year’s staging of the race. This could be remedied if the race was held on Saturday and Sunday instead of Thursday and Saturday. This works wonderfully at the Ironman 70.3 World Championship – but it would create bottlenecks elsewhere: bike check-in and check-out would have to be completely reorganized, and the first and second transition zones would probably have to be separated. Volunteers would also prove to be a challenge on two consecutive days. The traffic routing would be even more complicated due to the ongoing competition operations on the day before the second race day. We ourselves traditionally put the topic of sleep at the bottom of our priorities on race weekend, but falling asleep on a motor cycle or dozing off before the second day’s finish – no, we’d rather dismiss this option very quickly!

This variant has already been discussed in the past: two race days separated by one, two or four weeks. We consider this an unlikely option, as the costs for set-up and tear down would double. Events such as the parade of nations and the award ceremony would no longer work. Hardly any brands and manufacturers would bear the additional costs for the already shrunken Expo and, quite honestly, we media would have to rethink our operational planning. And would an even longer impact on the local population be negotiable at all? We have our doubts.

Option 4: Ironman World Championship in Hawaii with one race day in February and one in October

This option would probably not work either, it would be the maximum form of the previous version. From everything we’ve seen, discussed, and researched, this this proposal can be dismissed immediately. Kona’s main season of non-triathlon tourism is in February – making a race that month almost impossible.

Option 5: Ironman World Championship in Hawaii, but not in Kona

Ironman Hawaii hasn’t always taken place on the Big Island. In 1982 the race moved from Oahu, the site of the island’s vibrant capital Honolulu, to quiet Kailua-Kona and the quiet Queen Kaahumanu Highway because the race was no longer feasible in Honolulu. In 2005, World Triathlon held its age group world championship in Waikiki a week before the Ironman World Championship. Hotel capacity would be plentiful: Honolulu is a popular Japanese tourist destination. But time has not stood still on Oahu either – the population and traffic have become denser. The Honolulu Marathon is one of the largest in the world and an institution. But there is a difference between closing 42,195 kilometers for over 30,000 runners in one morning and 226 kilometers for two days for 5,000 triathletes. We have our doubts that this version would get approved.

Option 6: The Ironman World Championship in Kona, on one day

If not quite “back to its roots,” then at least back to the last decade. The Ironman World Championship with 5,000 athletes on one race day? That would fix some of the previously mentioned problems, but create new ones. With a little imagination, space for a larger transition area than the pier allows could certainly be found around the King Kamehamea Kona Beach Hotel, on Alii Drive or Palani Road. In theory there’s space on the Queen Kaahumanu Highway for twice as many athletes to stay a draft-legal distance apart, but in reality that’s an impossibility. A world championship that allows drafting? The next (and maybe final) debacle would be predictable.

St. George proved that it is possible to host a worthy Ironman World Championship even if it is not held in Hawaii. This worked once, which of course is no guarantee that it will always work. For many, the Ironman brand is inseparable from the palm trees on Alii Drive, the heat on the Queen K Highway and the solitude at the Energy Lab. Whether a temporary departure from Kailua-Kona will keep the door locked forever is as hard to predict as a volcanic eruption. The development of the Ironman 70.3 World Championships in recent years proves that the quality of such an event can even benefit from a change of location: every local organizer would like to do better than its predecessor.

Option 8: Ironman World Championship with one race day in Hawaii and one elsewhere

If two days of racing in Hawaii cannot be coordinated, but the number of qualified athletes exceeds the capacity of one day of racing, it may be conceivable to split the races: the men start in Hawaii, the women elsewhere, and this alternates every year. On the one hand, Ironman could retain its brand essence and keep the world championship attractive for those who have been to Kona (too) often, cannot, or do not want to, afford the trip to Hawaii every year, or do not want to travel as far for sustainability reasons. On the other hand, a second and perhaps changing world championship location can create completely new demand.

This story originally appeared in German on the tri-mag.de website.

Frank Wechsel is the editor of SWIM and triathlon magazines in Germany. In October 2000, while he was still studying medicine, he founded the spomedis publishing house together with his wife, Silke Insel. Wechsel is a ten-time long-distance finisher in triathlon – in 1996 he successfully completed the Ironman World Championship in Hawaii.