This weekend’s third instalment of this year’s Super League Triathlon Championship Series was certainly action packed. Bike crashes changed the dynamics of the racing, a hometown hero blasted her way to a well-earned victory and, even before things got underway, one athlete found himself dealing with a seal! Here’s our list of the highlights of the craziness this weekend:

There can be wildlife to deal with!

Portugal’s Vasco Vilaca was bitten by a seal during training for the race last Thursday morning. Initially the seal appeared to be just sniffing him, not unlike a dog might, but then a wave pushed the seal into him. When he tried to push the seal away, it bit him and wouldn’t let go.

In the end Vilaca sustained some injuries, but not enough to keep him out of the race on Saturday – he would end up finishing third and is now second in the overall standings.

Third time is the charm for Taylor Spivey

The Los Angeles native has been one of the most aggressive racers at the Super League events this season, and that fitness came through with a big win at the event at Zuma Beach in Malibu.

“I really wasn’t expecting the win today, but taking it on home soil was extra special,” Spivey said.“I was hoping for some good wave karma and, in the last round, it paid off. Catching that wave put me more in front than I expected, so I went for it to see what I could do. I knew that Georgia was capable of the win today, but I could tell was taking those corners pretty fast.”

Spivey is now the leader of the overall women’s series after three events. 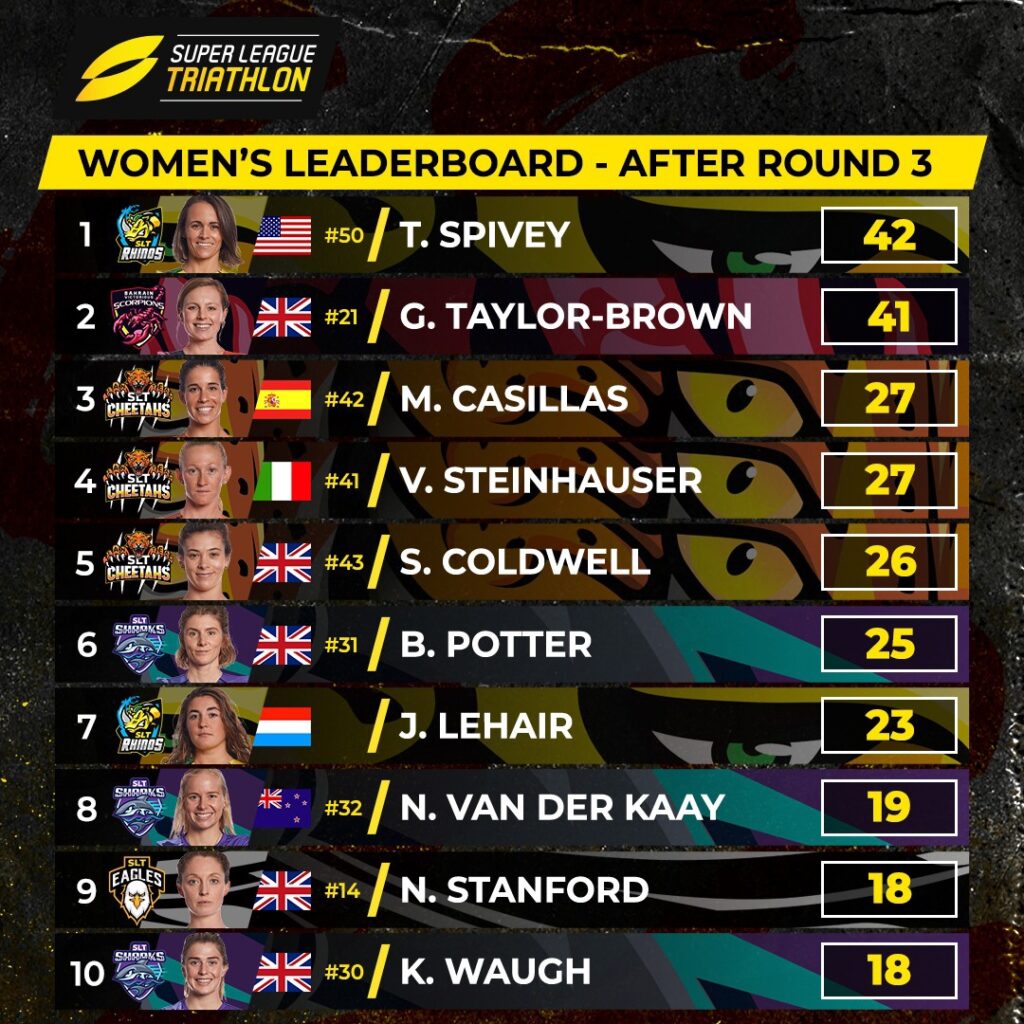 The women’s favourite heading into the race would have been Great Britain’s Georgia Taylor-Brown, who ran away with the second event in the series in Munich. Her aggressive riding might have just been too much, though, as she went down in the second of the three races in the Eliminator format in Malibu. Taylor-Brown was able to get up and back into the race in time to get through to the final round, eventually finishing third in the race. That was still enough to keep her in the mix for the overall win – she’s just one point behind Spivey in the overall standings.

The much anticipated duel between Australia’s Matt Hauser, who won in Munich, and New Zealand’s Hayden Wilde, failed to materialize after Hauser crashed (on the same corner where Taylor-Brown went down). Unlike the Brit, though, Hauser wasn’t able to get up and back to the course in time, so he was eliminated after the first of three legs.

While he wasn’t quite able to hold off rival Alex Yee for the win at the Commonwealth Games, Hayden Wilde continues on an impressive roll. He now has two wins in this year’s Super League Triathlon Championship under his belt and is well ahead in the overall series. Wilde was so dominant on the weekend he took all three legs of the Eliminator.

“The victory felt good today as I was struggling on the swim,” Wilde said. “I was really gutted to see Matt Hauser on the sidelines and getting eliminated. That’s racing and I had to do what I had to do today to take the competition.” 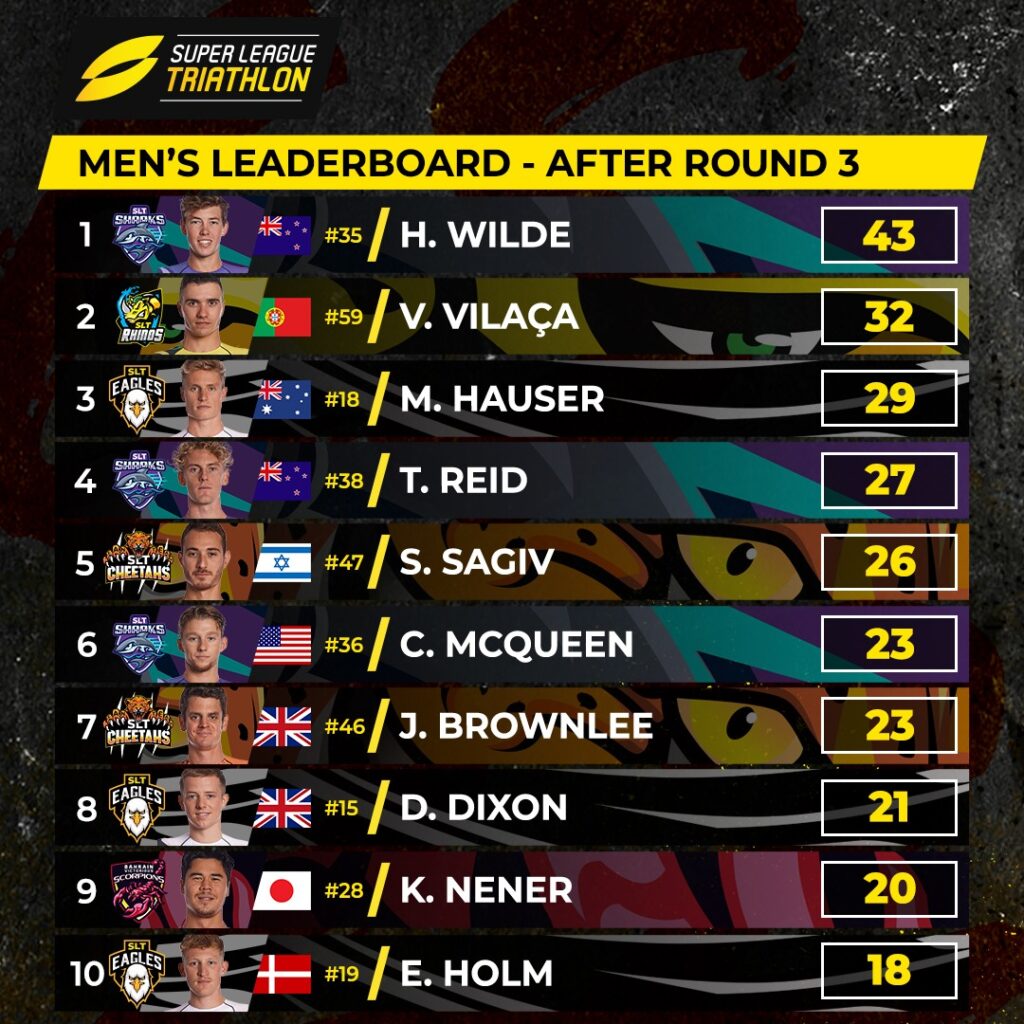 Last week we learned that Alistair Brownlee has had to call it a season thanks to a stress fracture. On the weekend Jonathan Brownlee had to pull out of the weekend’s racing after catching a virus on the way to California. Earlier this year, the younger Brownlee broke his elbow in a crash at WTCS Leeds.