Ironman kicked off its North American race season in Galveston, Texas on the weekend, where Canada’s Lionel Sanders took his third title, with Skye Moench taking the women’s race. Here are some of the big takeaways from this weekend’s racing in Texas that featured 2,081 participants: 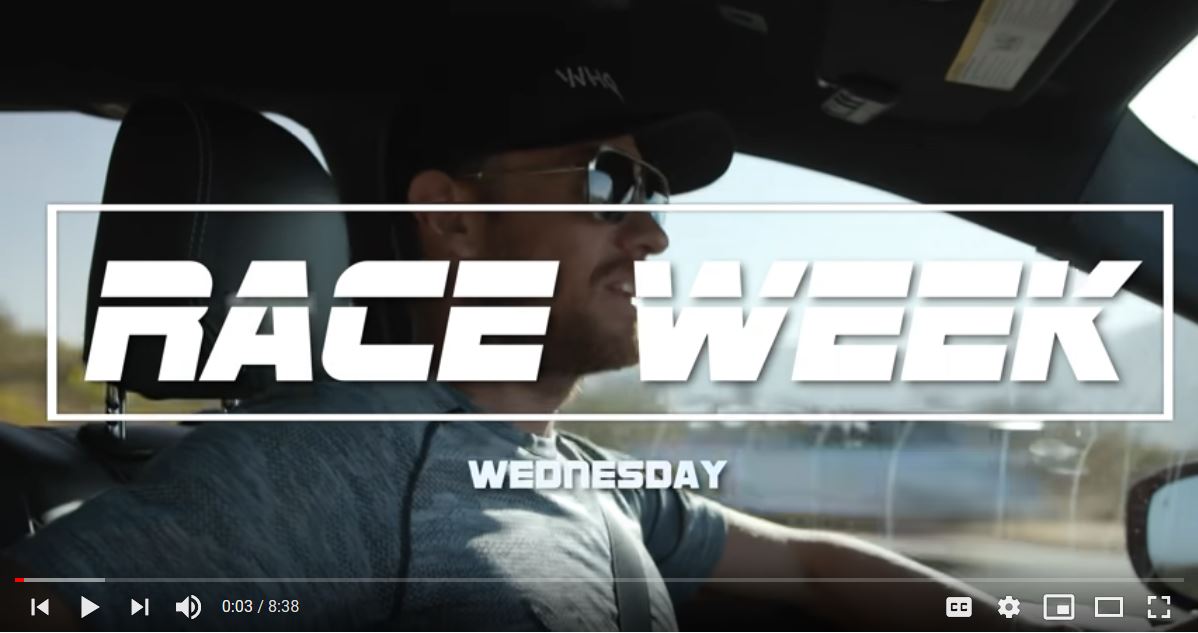 Lionel Sanders’ YouTube videos are really popular, and he and his content creator Talbot Cox have been really going to town around race week coverage this year.

“This year our goal was to take media and content to a next level and continue to push the quota as far as endurance sports on youtube,” Cox wrote in a post on the Slowtwitch forum. “One of the new things we are doing is the “Race Week” series. This series is very similar to the UFC embedded series. We plan to do this at every event this next year to build hype, create characters and let other athletes be heard and plug their social media channels.”

Related: Sanders blasts to a big win at 70.3 Texas

The pair did four race week videos around Ironman 70.3 Texas, including this one that featured a number of other athletes.

You can check out the race week series here.

OK, dual-citizen to be more accurate, but who knew? After running her way to an impressive win in Texas, the defending Ironman European champion proved that she’s a force to be reckoned with over the 70.3 distance as well, adding the 70.3 Texas title to her Ironman 70.3 Boulder win from 2019. Moench was derailed just before Kona in 2019 thanks to a bike crash, but she appears to be on track to make her Kona debut based on her racing this year – she was fifth in the tough field at Challenge Miami, which she followed up with a solid win in Texas.

Oh, and the Canadian deal? According to an Instagram post she was “Born and half raised in Alberta 😃 (moved when I was 12).”

3. Jackson Laundry is in great shape

He finished 12th, but considering how long he was on the side of the road dealing with a flat, that performance was very impressive. The Canadian ended up with one of the day’s fastest runs – his 1:10:52 split was even faster than Sanders went.

Laundry was in the mix with the main group early on the bike, then got sidelined with a flat. He did have a “pit stop” with him (he was running tubeless tires), but the adapter didn’t work with his disk wheel and he had to wait for tech support to get to him with another wheel. He’ll have another chance to show his fitness next weekend at Ironman 70.3 Florida.

4. So that’s what happened to Joe Skipper

We couldn’t figure out how Joe Skipper disappeared from the timing data on race day – turns out he was given a penalty, but chose not to stop at the penalty tent.

“About the DQ,” he wrote in a post on Instagram. “After around 42-43k I was in a group of 3 with Lionel up front and then the guy behind him let the gap get a bit bigger. I wasn’t sure if he was getting dropped and I didn’t want the gap to get to big so I overtook him and slotted in behind Lionel. Then around 3k later a Marshall came up and showed me a blue card. I was perplexed as to what I had done. I asked him and he said ‘cutting in’ apparently I overtook him and cut in to early. (It was my understanding once you overtake a rider it’s down to them to drop back). I asked him how long the penalty was for and he said 5 minutes just before T2. At this point I made the decision I was going to carry on and would be DQd, however I didn’t want to stop as I wanted to test myself against the top guys and stopping for 5 minutes wasn’t going to show me anything.”