Remember when pretty much the entire country lined the course to watch her win the inaugural WTS Bermuda event? When you’re country has a grand total of 60,000 inhabitants and you’re the best hope to win it’s first-ever gold medal, there’s just a bit of pressure on your shoulders. After dominating the 2017 World Triathlon Series season, Duffy struggled with injuries for a few years, but is most definitely back in form now – as she proved with her decisive win in the women’s individual race. That was Bermuda’s first ever gold medal at the Olympics and only the country’s second medal in Olympic history – Clarence Hill won a bronze in boxing in 1976.

2. Even the best triathletes can’t dive over a boat 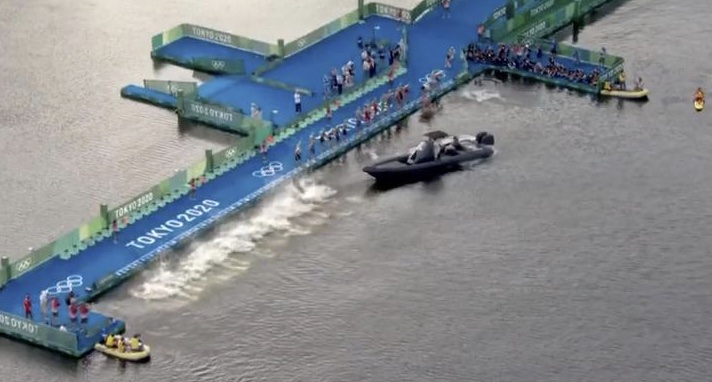 Turns out the crazy false start at the Olympics was because a media boat was still in front of the pontoon when the horn went off. Roughly half the field dove into the water, while most of those on the inside of the pontoon were left standing at the start. The athletes were all marshalled back to the start and the race got underway for real a few minutes later.

3. White tri suits become … well, see through during a race 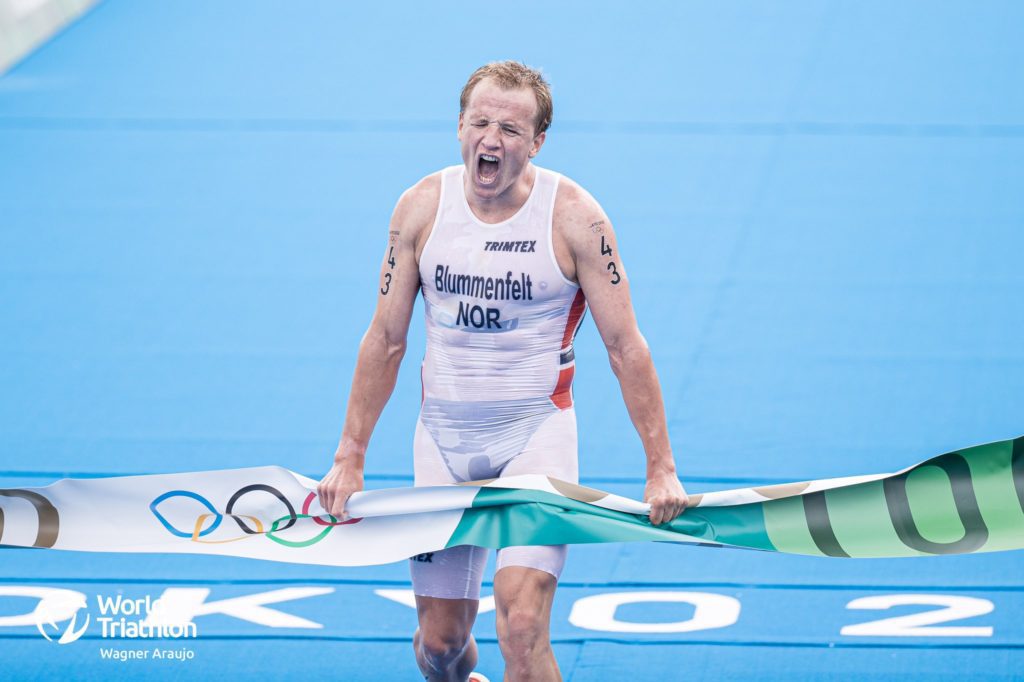 The Norwegian, Spanish and Mexican teams decided to sport white tri suits for the races in Tokyo, no doubt aiming for the coolest available colour for the racing. With Blummenfelt winning the race and being at the front for so long there were some interesting social media comments about the suits. Some of those comments felt that Blummenfelt looked like a superhero, which seemed an apt description considering how well he raced!

I wonder who thought all white tri suits were a good idea. #Olympics

Remember last month when there was so much debate over who USA Triathlon would end up nominating as the third athlete for the women’s team in Tokyo? While Taylor Spivey had beaten Katie Zaferes in both race they competed against each other at, the nomination committee ended up going with Zaferes, who had been dealing with the loss of her father ealier this year. Zaferes was confident she would get back into form by Tokyo, and she was, taking a brilliant bronze medal thanks to an all-around performance.

Kevin McDowell’s story is nothing short of amazing at the best of times – to see him in the hunt for a medal in Tokyo before eventually coming across the line in sixth was truly inspirational. A year after he won bronze at the 2011 junior world championships, McDowell was diagnosed with Hodgkin’s Lymphoma and had to undergo six months of chemotherapy. He returned to elite racing a year later and took silver at the 2015 Pan Am Games held in Toronto. His sixth place finish in Tokyo is the best finish by an American man ever, up one spot from Hunter Kemper’s seventh in Beijing in 2008.