It’s not as though there hasn’t been some upsides to Lionel Sanders’ year. The Windsor, Ont. native took second at the Ironman World Championship St. George, won Ironman 70.3 Mont-Tremblant, took a seemingly impossible runner-up finish at Ironman 70.3 Oceanside and was third fastest at the Collins Cup, winning his match over Sam Long and Sam Laidlow. He also had a seventh-place finish at the PTO Canadian Open.

But there have been some disappointing performances, too. At the PTO US Open Sanders struggled in the heat and ended up 21st. Then in Kona he was never in the mix as he struggled to 34th at the Ironman World Championship.

Related: A record setting day in Kona – the day in words and pictures

In a post-race recap video, which is embedded below, Sanders said that he remains motivated to someday win the race in Kona, the race that “deeply inspired me … it got me into triathlon.”

Sanders says that he was fearful after the race in Dallas that his race on the Big Island wouldn’t go well.

“After Dallas I felt that something was not going correct and that Kona was going to be a repeat, if not the worst ever” he said. “You’re in pretty good form, but you’re not going to go well in Kona.” 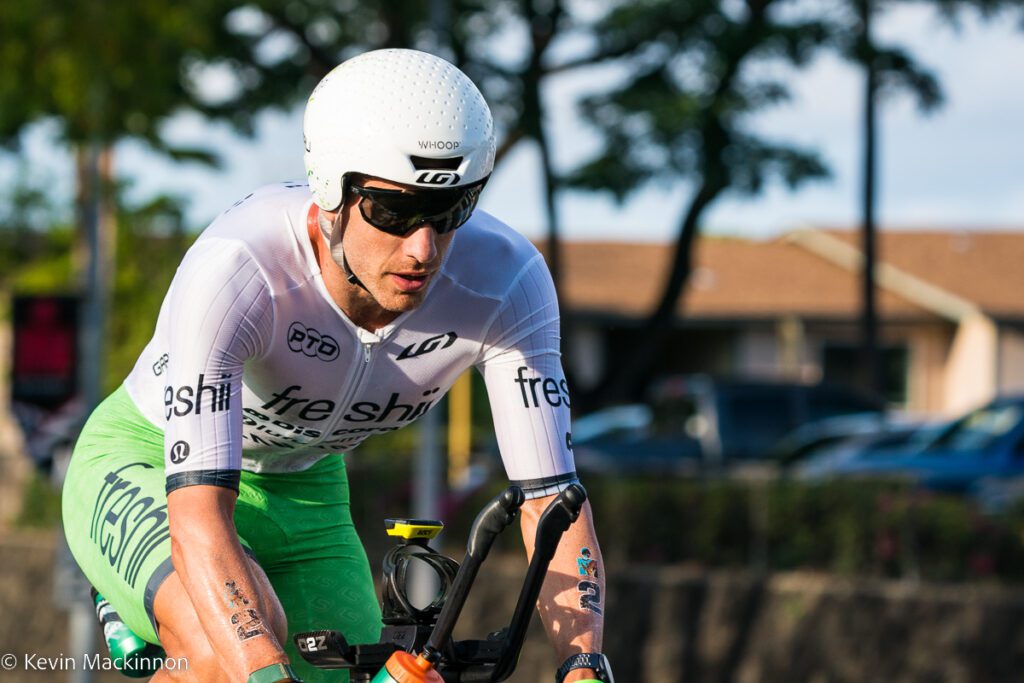 Sanders also thinks that he might have come into the race in Kona overtrained.

“I did my very best. I came into this really well trained,” he continued. “That might have been part of the problem. Over the last 15 months I’ve done seven Ironmans.”

Adding to all that, with his new coach Mikal Iden, he’s done a lot more race-pace sessions – Sanders thinks that when you add those to his training mix, he would have done the equivalent of 15 Ironmans in 15 months.

“I didn’t take a down week after St. George,” he said. “I have not given my body time to recover. (It was) my worst performance yet. I left my race in training.”

“We’ve been trying to copy Gus (Gustav Iden) and Blu (Kristian Blummenfelt) – not sure if that’s the right framework for me,” he continued. “That really comes to the forefront in the heat.”

Sanders says that he will change his focus now to work on his swimming before he looks at competing in a championship event again. He followed a similar plan in 2016 – after a tough day in Kona he focussed on his swimming and improved enough to swim with Sebastian Kienle at the Challenge Championship in May, 2017. Later that year, after spending most of his time focussed on half-distance races and with a short Kona build, he had his best race on the Big Island, finishing second.

“I think you need to get on their (Iden and Blummenfelt) level in the middle distance before you can even dream of getting on their level in the full-distance,” Sanders said. “From a training standpoint the goal has to be, at a minimum, to get your swim to the Magnus Ditlev pack level. If you can’t do that, then the critics are right, your best years are behind you. You will not compete at the highest level, you will have to compete in the minor league races.”

“I have to do what I did in 2017,” Sanders said. “We will return to Ironman Championship racing when I have moved my needle to the Magnus Ditlev pack.”

Sanders will return to his home in Tucson, Arizona, and join his wife, Erin, who is expecting the couple’s first child over the next few days.

Related: Lionel Sanders – “I’m stepping back from Ironman for a while”

“It hurts a bit, but life is still good and I’m really fired up to keep progressing,” Sanders said.

As usual, Sanders’ honest take on his race and openness about his plans has been extremely popular with the triathlon community – the video has already enjoyed 105,000 views in a day.