Isabella Mastroianni of Sudbury, Ontario started triathlon when she was only seven years old. It was just for fun because she was already a competitive swimmer but, over time, her focus on triathlon intensified. Turning 19 this year, she has already stood on many podiums and there’s no doubt she’ll be stepping up to lots more.

Mastroianni’s swimming prowess earned her a provincial championship in both the 200 and 400 individual medley. “She’s always been a fantastic swimmer,” says coach, David Hopton. “Racing draft-legal, the higher the level of racing, the more that elite-level swim matters. It will really be on display in international competition with more competitive fields.” 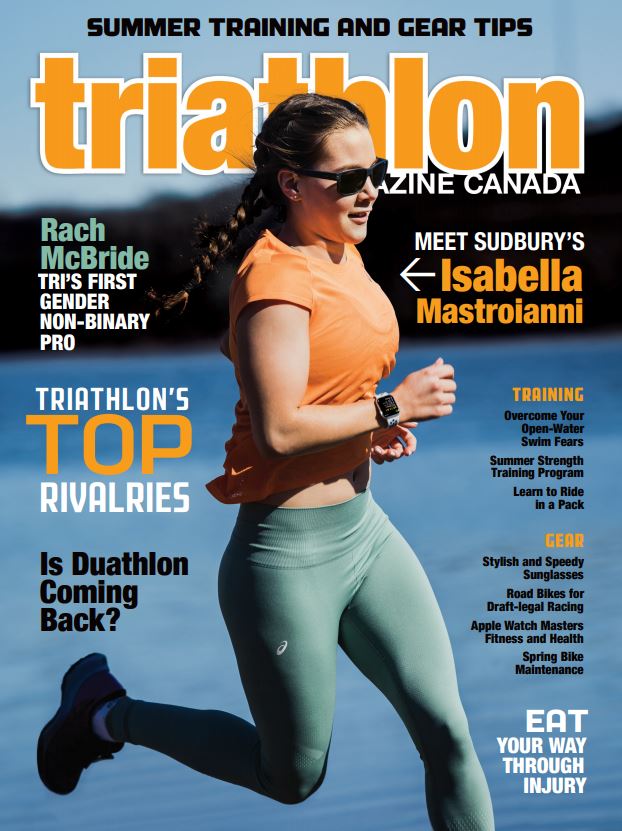 Her focus on triathlon turned more serious back in 2018 after taking third place at the Ontario Summer Games in London, Ontario. A few months later, at a sprint in Lakeside, she won the U19 age group and was the fastest female in the race. “That race was a last-minute decision at the end of the season,” she says, “totally out of the blue.”

Also at Lakeside that day was Hopton, who coaches with LPC, and similarly won the sprint in his age group and scored the fastest time for the males. The two had met at previous races and discussions after Lakeside led to Hopton becoming Mastroianni’s new coach. “David knew so much about the sport and the more I learned, the more excited I became,” she says.

Hopton is based in Hamilton and it took awhile for Mastroianni to get used to remote coaching. “When I first started it was a bit weird, but now I’m used to it,” she says. “We usually have one phone call a week and there are emails and text messages every day, so we’re constantly in touch.” When it’s been possible, Mastroianni has really enjoyed training with Hopton’s other athletes.

Her current focus is very different from the early days when she and sister Breanna would race about three triathlons through the summer. Those races were far away in Toronto, Sault St. Marie, and Lakeside, but the girls didn’t find all the driving unusual because their swim competitions were often out of town, too. As a member of Sudbury’s Triple Threat Triathlon Club, Isabella’s coach, Mike Nawalaniec, pointed her in the right direction and was a big help to her triathlon career.

In 2019, Mastroianni won Ontario’s Junior Cup Triathlon Series and took second in the provincial championships. Among other exciting races that year she lists her win in the Ottawa International Triathlon. She also placed eighth in the Magog CAMTRI sprint. 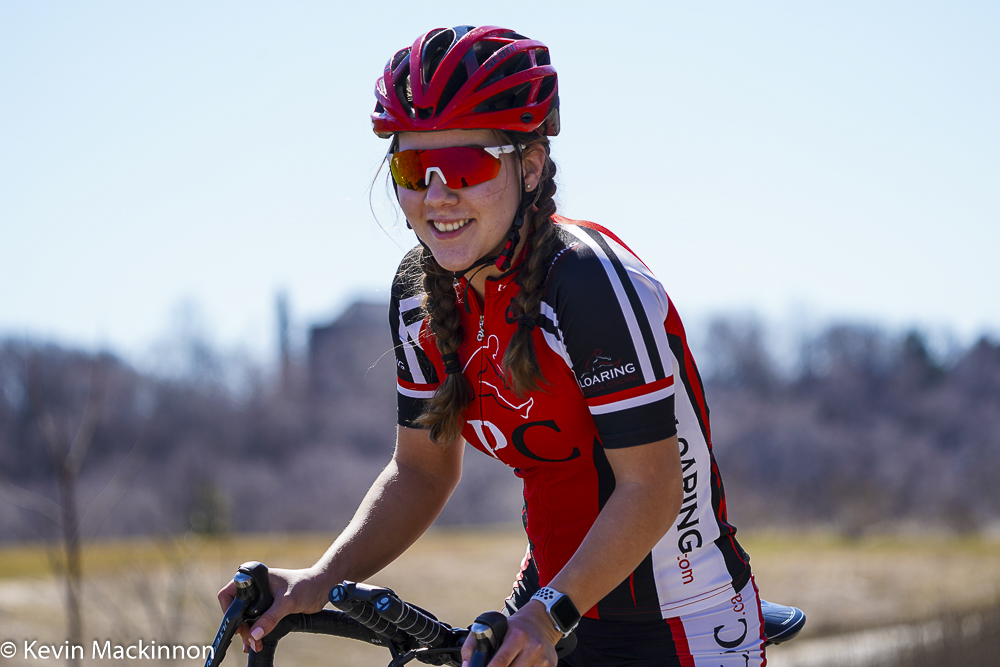 Before the pandemic lockdowns started in 2020, Mastroianni was busy with the Sudbury Laurentian Swim Club, but pool access became limited due to public health rules. “At the beginning I felt stressed because I felt I had to do something,” she says. “But in the long run, the break from the pool was good and it gave me time to refocus.”

The 2020 plan was supposed to include a return to defend Ontario’s Junior Cup Series. Mastroianni also hoped to qualify for the world championships in her last year as a junior.

That dream got waylaid, but while many races were cancelled here in Canada last year, not even Covid-19 could stop Sudbury’s 2020 Fitness Challenge. Mastroianni competed in the Island Swim, Trail Run and Canoe Race, winning her age group and placing fifth overall. But she modestly gives her Mom’s canoe skills some credit. “I had never canoed, so we did it together and we had lots of fun,” she explains.

Of the plan for 2021, Hopton says the race focus is the draft-legal pathway and the training will look to balance all her swim talents with work on her run and bike. “Bella’s swim is a big part of what makes her such a talent and she has a strong bike and run as well,” says Hopton. “We’re taking a conservative, long-term approach developing her run, and she shows a lot of promise.”

To Hopton, long-term development has a focus on staying injury-free and fueling enough while training 15 to 20 hours per week. Through his experience with young adults, he knows it is a challenging time of life with lots of adjustments including changes in weight. A linear progression shouldn’t be assumed, and a short term dip in performance, especially in the run, is entirely possible.

“We’re not trying to be the best at 18 years old but the best at 25 years old and beyond. That means emphasising fueling enough and staying healthy, not getting too caught up with winning or even seeing progression in all three sports every year,” he says.

In the fall of 2020, Mastroianni began an extra year of high school and her school athletics currently include cross-country running plus track. She also keeps up a full-time job. This fall she hopes to start university in a bio-chemistry program while keeping a focus on both triathlon and swimming while she studies.

Her goals for down the road include running 18:30 in her 5km – she’s currently at 19:15. Mastroianni also wants to compete in an Ironman when she’s older and, with her dedication and enthusiasm, it is easy to see that happening.