Professional video blogger and part-time pro triathlete Lionel Sanders (his words, not ours) finished second at this weekend’s Rock’n’Roll Arizona 10 km event. The popular Canadian pro and his videographer Talbot Cox posted a couple of videos from the weekend focused on the “dual” between the two. It was a follow up to the swim competition between the two from last year, which Cox won.

The second “Dual in the Desert” (the spelling is incorrect on the trophy – in case you were thinking we’re spelling things wrong!) featured a 10 km race between the two, with Sanders spotting Cox 12 minutes. While it’s hardly a surprise that Sanders finished well ahead and took the win, here’s what else we learned from this weekend’s videos (you can see the recap video below):

In the preview video for the race we get to see Sanders doing a workout on a set of rollers. Last week we wrote about how rollers might be a good option for triathletes. More proof?

Sanders gives himself a “A”

Trevor Foley is a name to watch 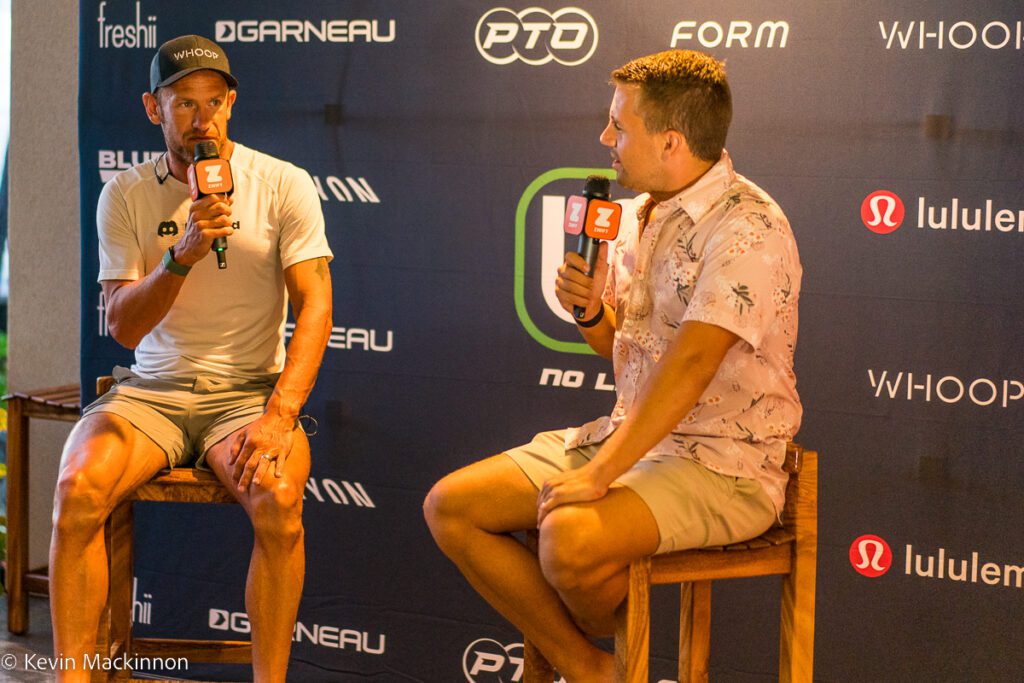 Individual races in the plan

Look for Sanders to compete in more individual swim, bike and run races this year.

“I would like to get back to doing races, in general, in the three disciplines,” Sanders said going into the race. “I think 5 and 10 km races are a great opportunity to hit the upper threshold or even the VO2 Max … on your own VO2 Max is pretty much impossible to hit.”

After the race, Sanders felt that the race served its training purpose:

“The threshold is in good shape, but there’s work to be done on the top end,” he said. “I think these races are great opportunity to get a great VO2 or upper threshold session in.”

Best to take Sanders on in the water

After taking the first “dual” event, Talbot Cox confirmed what he no-doubt was fully aware of – Lionel Sanders is very fast once he gets to dry land.