Taylor Forbes is a former elite triathlete who has competed internationally for many years. Taylor was the national champion in 2015 and he finished sixth at the ITU World Cup in Salinas, Ecuador in 2017. He competed twice at the ITU World Triathlon Grand Final in the U23 category and earned 3 podium finishes on the CAMTRI American Cup circuit in 2018.

Forbes recently ended his pro triathlon career, but he is still involved in triathlon. He was one of 11 athlete nominees for Team Canada’s COC’s athletes’ commission, which represents the voice of Canadian Olympic athletes to the Canadian Olympic Committee Board of Directors, to Sport Canada, to the International Olympic Committee, international sport federations and all other domestic sport organizations.

(The interview was done before the selection of the Team Canada’s COC’s athletes’ commission.) 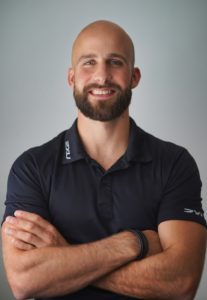 Antoine Jolicoeur Desroches: I wanted to talk to you since you are one of the nominees for Team Canada’s COC’s Athletes’ Commission. You are amongst 11 athletes who share your passion for sport and who want to improve the future of sport in Canada. You have been an elite triathlete for many years, why do you want to apply to be part of the COC’s Athlete Commission?

Taylor Forbes: As a former elite athlete, I’ve dealt with my own battles, and I’ve witnessed the struggle of other athletes, when it comes to things like high-performance policy, safe sport, career-transitioning, issues with complaint processes, etc. One common theme seems to be that it can be very difficult for athletes to honestly speak out and voice their perspective to sport federations that ultimately govern their high-performance programming, sets their qualification standards and determines their funding and support. It is often easier to take the path of least resistance. Even from my personal experience as an athlete, I can say I constantly questioned whether I should express my concern on certain things or just continue playing the game so I could achieve my goal of competing at the highest level. So, motivated by my own personal experiences, and after witnessing years of drama unfold within Triathlon Canada’s high-performance community, I applied to the Athlete’s Commission to help ensure future athletes have a voice and that their perspective is included when making decisions that pertain to them.

2016 Olympian Andrew Yorke was recently appointed to Triathlon Canada’s Board of Directors, why do you think it’s important for ex-athletes to be involved in the decision-making?

It is important athletes have an avenue or due process to offer their thoughts and ideas on decisions that will ultimately affect them. When it comes to high-performance programming and policy decisions, the highest quality of decision-making will be done with a board of directors that offer diverse perspective around governance and sport and who has a broad understanding of their stakeholders’ desires. The most important stakeholders are the athletes and, therefore, one of those perspectives needs to be from their eyes. So, it makes sense that the board would require an ex-athlete to be a part of the conversation. The reason that an ex-athlete is chosen rather than a current athlete is to mitigate any risk of personal bias or conflict of interest.

I would like to thank Sarah-Anne Brault for her years of service as our athlete representative, and I wish Andrew Yorke the best of luck! We’ve been friends for a long time, and I know he has a big voice and is not afraid to use it.

What do you think are the biggest issues that need to be resolved in sport in general and also more specifically at Triathlon Canada?

For the first issue, provincial federations need to re-evaluate their high-performance development funding structures and determine if those structures are truly promoting an increase in either the participation and/or development of our pool of young athletes.

The latter two issues are ones that Triathlon Canada has struggled with for a long time. From some of the athlete’s perspective, Triathlon Canada has failed to ensure their safety and provide a sustainable and positive training environment. We seem caught in a loop where Triathlon Canada flip flops on whether training is best done internationally or domestically, in a centralized or decentralized fashion, and if high-performance athletes should have the autonomy to choose their training environment. Unfortunately, a lot of these decisions are based on a fine balance between striving for performance and the athletes’ well-being. However, it’s often forgotten that without well-being there is no performance.

There may be valid reasons for Triathlon Canada’s lack of transparency that I wouldn’t know. I know Triathlon Canada has a tough job when it comes to protecting the interest and confidentiality of both the athletes and their employees. With that said, I was disappointed they released a statement simply saying the disciplinary sanction was “satisfactorily completed,” without at least disclosing the reasons for the sanction and without follow up on what processes were going to be implemented to mitigate any chances of future misconduct. I believe the athletes and the athlete’s parents have the right to know who is being sanctioned and why, and what actions will be taken to prevent further occurrences.

This situation touches on one of the three major concerns I have about the safe sport process as well. First, as I just expressed, I find it concerning that National Federations can choose not to disclose the names of the coaches given a disciplinary sanction. Second, in many sports, the resolution process for many complaints made by athletes who step forward to report abuse and harassment is managed by the sport organization that employs the person or coach the athlete is making the claim against. In this case, I will give credit to Triathlon Canada for using an independent third party to receive and investigate safe sport complaints. Third, the athlete – Matt in this case – is often victimized without safeguards, and they become the ultimate casualty of a safe sport complaint process with significant gaps. It is very challenging for athletes to speak out against the federation that controls their team selection and funding, and this may act as a deterrence from filing complaints. For this reason, federation’s must instill confidence in its athletes that their best interests and welfare are at heart – which was likely not the case for Matt and many other triathletes.

These concerns, among others, were recently addressed by Jennifer Heil and twelve other Olympic and Paralympic athletes, who sent a letter to the Minister of Canadian Heritage, pointing out the fundamental gaps in the national safe sport system. The letter requests that the Government of Canada acts to implement a centralized adjudication process that is fully independent from national sport organizations, provide victim-centric process safeguards and funding, and implement a centralized sanctions database. (You can read the article here.)

Talking about your triathlon career, what are the biggest lessons you’ve learned, and would you do anything differently?

The biggest lesson I learned from sport is to constantly check in with yourself. This was a tough lesson for me because it came after I retired and after reflecting on my triathlon career. I battled mental burnout and what was likely depression in 2019 and I convinced myself and others around me that I was fine, I was simply just tired from training. I completely ignored the red flags, and it negatively affected my performances that season and my personal relationships outside of triathlon.

If there was one thing I would do differently, it would be admitting that I needed to address these red flags.

Taylor Forbes takes his second CAMTRI silver in as many races

What are your top three moments from your triathlon career?

My first top moment for me was competing at the Pan American Games and having my family there to support me. Even though I didn’t perform as well as I would have liked, I was glad that they saw me compete in at least one major games before I retired.  I know it meant as much to them as it did to me.

The top moment in my career for me was winning the elite national championships in Magog back in 2015. Not because I won, but because I got to stand atop the podium with my brother who placed second. Especially because he retired due to injury shortly after. That moment is something we still talk about today.

This last one is more of a deep appreciation for doing triathlons, rather than a moment. The one thing I carry forward with me are the life-long friends I’ve made along the way, and this is something that I’ve come to appreciate more since retiring. They are an important component of your life during your athletic career and long after.

Taylor Forbes: Training, competing with his twin brother, goals in triathlon and beyond

Two years ago, you retired from triathlon, what were the decisions that made you decide to retire?

As I touched on briefly in a former question, I battled with mental burnout and what was likely depression during my last year of racing in 2019. I failed to acknowledge all the red flags: chronic pessimism, mood swings, insomnia, fogginess and not being able to manage my personal relationships. This directly afflicted my performances and after a very rough 2019 race season, I lost my eligibility for funding. I was in a pretty dark place at the end of the season, and I had to determine if it was a viable option for me to continue on. In the end, due to financial constraints, my mental health, and other personal reasons I decided to retire.

2020 was a particularly challenging year for me because immediately after I decided to retire, the pandemic began, and my mother was diagnosed with cancer all around the same time. I already felt defeated and rather ashamed I ended my career on such a low note, so this felt like a big punch to the gut, and it made finding my identity that much more challenging. However, the beginning of the pandemic did allow me the time to reflect on my triathlon career, and I believe that period of reflection is what helped me begin building toward a new identity. As cliché as it sounds, I think it’s true what they say: “every athlete dies twice. Once when they take their last breath, and the other when they hang it up.”

That time allowed me to grieve my retirement, accept my reality when I chose to, and move on when I was ready. Once I was able to do that, it was much easier for me to think about what was ahead, explore other passions, and determine what I wanted next in life.

So, what I would say to other athletes who may be struggling to find their identity after they retire, is that it’s okay to feel a loss of identity. Take the time to grieve that loss, accept it when it’s the right time for you, and move on when you’re ready.