While there’s definitely an air of change here in Kona as we gear up for two days of racing at the Ironman World Championship, some of the athletes we’re used to seeing excel  here on the Big Island are back and ready to prove that as much as things change, they often stay the same, too. Here are a few more things we learned from yesterday’s press conference: 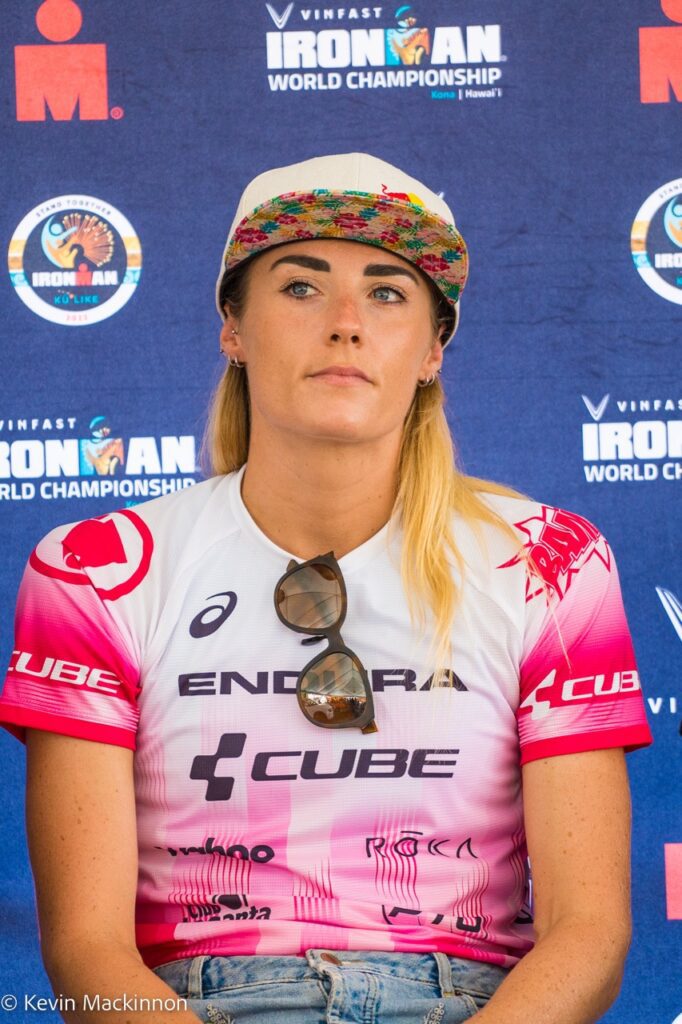 A three-time runner-up here in Kona, many were surprised to even see Charles-Barclay here in Kona after a stress fracture in her hip sidelined her for much of the year. A big win at the World Triathlon Long Distance Championships in Samorin, Slovakia set the stage for her comeback.

“It feels like a victory moment to just be back here,” she said. “The World Championships (win) – that was a dream scenario. I wanted to see where I was at, that went really well and from there we decided that Kona was a possibility.” 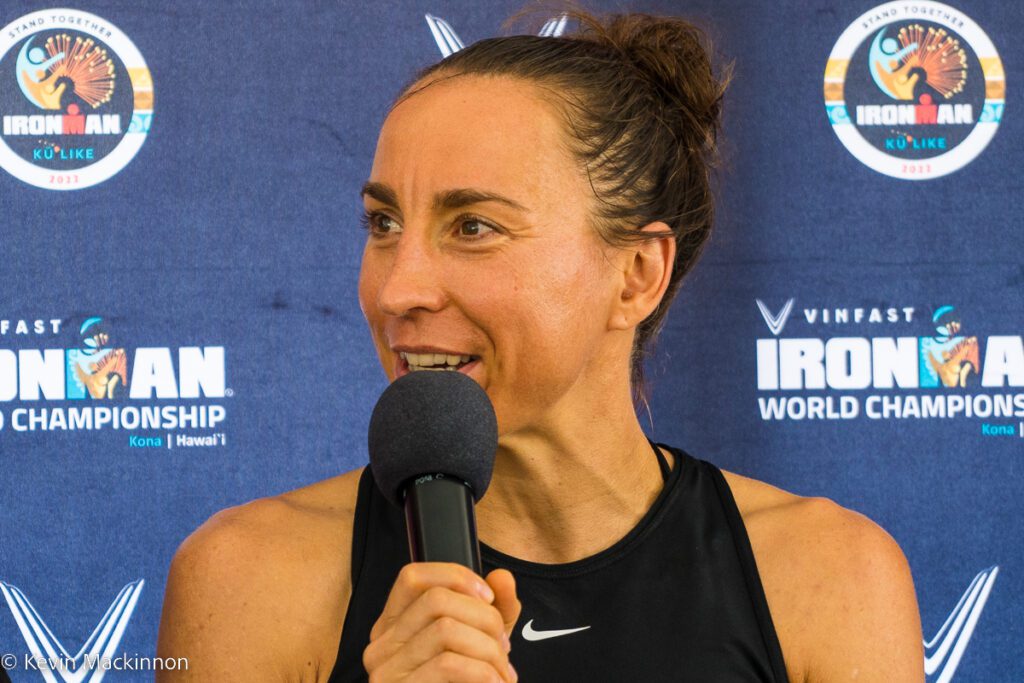 The winner of the women’s race in 2019 appears determined to take another title here on the Big Island.

“It’s been three years – you learn a lot about yourself (in that time frame),” she said, referring to the pandemic. “You learn the why. That gives me a lot of motivation to race here. It feels almost like the Olympic Games.” 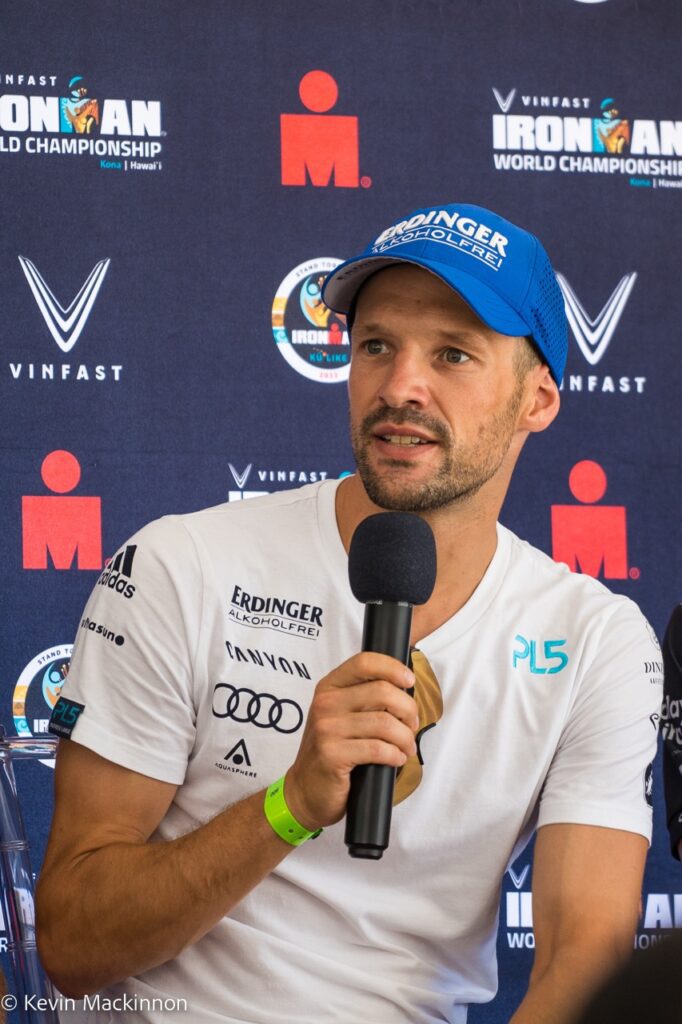 “Out of failure you learn the most if you are open to it,” the German said. “I think looking back it was a bad experience, but I think it has made me stronger.”

Lange had a tough start to the year and had to miss a lot of the year after a bike crash.

“I had to sit out St. George because of a broken shoulder,” he said. “It is high performance sport, and these things happen. A little bit of forced rest, but the journey after the injury has been good. Coming to this place is always special.”

After beating Daniela Ryf at Ironman 70.3 Dubai, Germany’s Laura Philipp would have arrived in St. George as one of the favourites. Unfortunately she got sick the day she was to leave for Utah, and would have to pull out of the race.

“I couldn’t have been more unlucky,” she said. “It was a huge disappointment. I proved to myself that I was in good shape in Hamburg.”

At that race in Hamburg, Philipp was just seconds off Chrissie Wellington’s world-best time.

In 2019 Philipp finished fourth here in Kona is what was just her second full-distance race.

“I didn’t have an ideal preparation (for that race),” she said. “I am a stronger athlete and more confident in my abilities over this distance.” 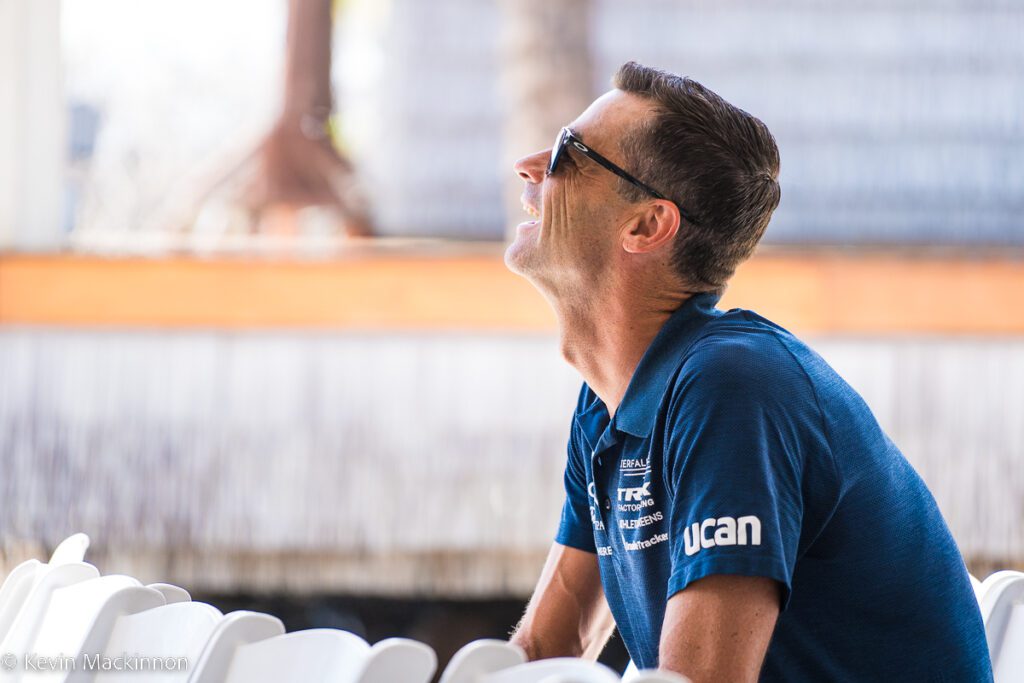 After suffering a near-fatal heart attack in March, 2021, Tim O’Donnell has made an incredible recovery and return to racing.

“I see this as a bonus race,” O’Donnell, the runner up here in 1989, said. “After my surgery, the doctor said I would have to find a different career.”

O’Donnell will make his 10th start here at the Ironman World Championship this weekend. 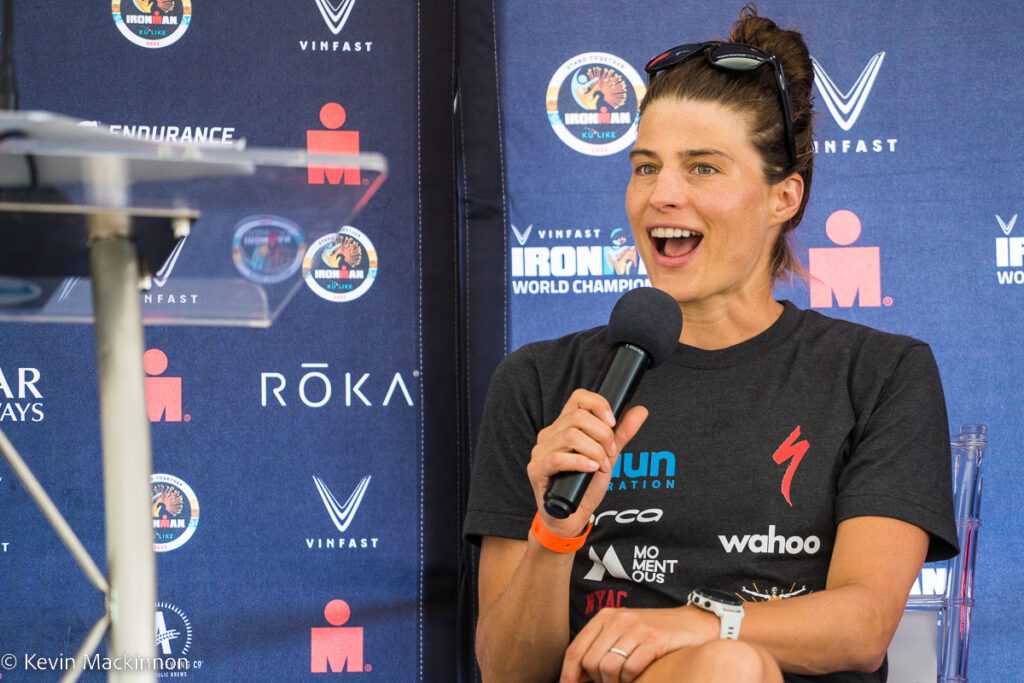 Fourth in her debut here in 2018, True had a tough day in 2019 and would eventually have to drop out. Since then she’s had a baby boy and has gone back to school. After wins at Ironman Lake Placid and Ironman 70.3 Eagleman, True arrives in Kona as a woman to watch, for sure. She also seems to be in great spirits.

“Hey, I’m not in a lecture, not changing diapers, I’m on holiday,” she laughed.