As we remember that day last year when the Coronavirus COVID-19 disrupted our collective universes, it is a time of many emotions. Sadness for those who we lost. Gratefulness for our families and friends who have remained with us. Compassion for those who have suffered financially and emotionally. Mixed emotions toward our political leaders who both supported and disappointed us. To be sure, I’ve had many of these emotions, but upon reflection, maybe it’s defiance that best describes my current mindset.

As a passionate triathlete, race announcer, sportswriter and coach, I had plenty of skin in the game, from which to suffer blisters, and to be sure, I did. Money was lost, races were cancelled, opportunities were shelved. Unlike some triathletes who live to race, the cancellation of all the things I looked forward to didn’t crush the athlete in me. Instead, it gave me opportunities to “do” triathlon on my own terms, and not one that was dictated by a race schedule. My tri-life went on. Here’s how I kicked COVID’s butt.

As much as I like doing triathlon, I enjoy talking about it just as much. After a race, over a coffee, over an IPA, it doesn’t much matter as time spent with like-minded people sharing their stories is enjoyable and motivating. With my endurance sports podcast already well-established, and with the co-operation of my national and provincial triathlon organizations, I was able to connect and share the stories of tri-folk all across the country. Everyone from Olympians in waiting, to previous Olympians, to race directors, to age group athletes – all were happy to share their stories and my podcast gave them an empathetic audience. 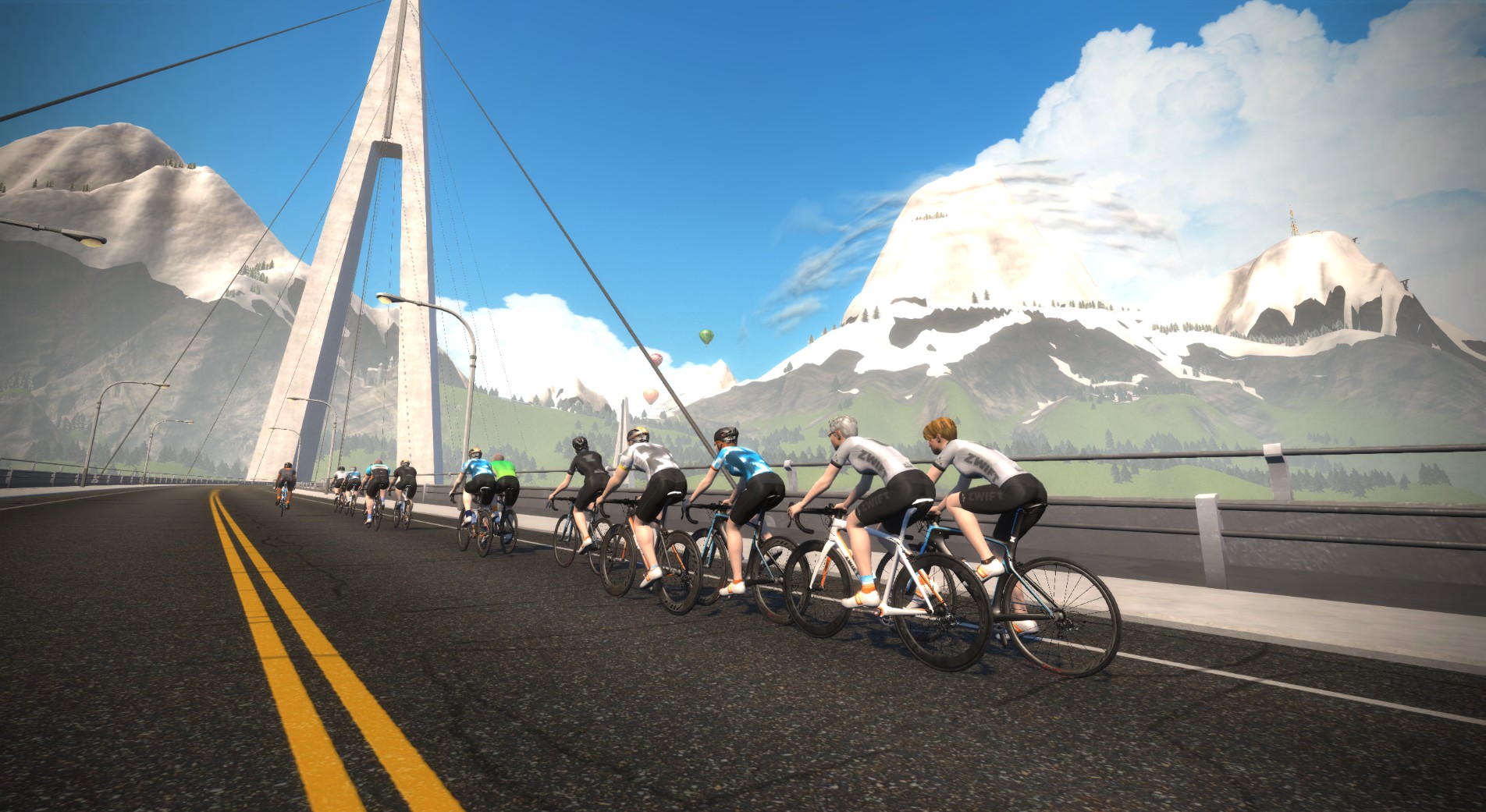 Before COVID cast its spectre over the globe, to me Zwift was just another five letter word. How times have changed. And although my dancing is still more Pee Wee than Shakira, I am seriously considering having my tombstone engraved with “Ride On.” The virtual reality cycling platform that many of my tri-tribe scolded me for not adopting earlier, became salvation. With no races to speak of, that technological umbilical cord kept me connected to two of my favourite things, suffering and the opportunity to make others suffer. Equally as gratifying as dropping a new frenemy on Alp D’ Zwift, was the unexpected training benefit. When I ventured out of the pain cave and onto the Ironman Canada bike course, my decidedly unstructured training paid off in spades as I set some personal best training ride times.

Whomever said that “misery loves company” must have been a triathlete. Add to that the saying “necessity is the mother of invention” and you have written the theme song for the summer of 2020. When the spirits of 2,500 homesick-for-Penticton-triathletes was crushed due to the cancellation of Ironman Canada, something had to be done. Something on a grander scale. Something even stupider. And when you have an all-star cast of supporting actors, the sky is the limit. Ultra-endurance legend Chad Bentley pitched the idea of doing a “mildly supported” ultra-distance run between Kelowna and Penticton on the third weekend of August. His call was heeded by a small, but storied, cadre including Badwater veterans Lucy Ryan, Steve King, as well as Ultraman Canada race director Brad Sowa, and myself. Steve and I didn’t have much going on that weekend or the next weekend, for that matter, so why not spend it watching people suffer, or better still, be part of the suffer-fest. I threw my hat in the ring, curious as to just how effective 20 km training weeks would be in completing an 80 km run. As it turns out, only 80 per cent effective. My inner-Yoda told me it was best to pull the plug at the 60 km point, after all, the unofficial COVIDMAN/ Ironman was the weekend after. Existing exclusively on a diet of liquid nutrition, I managed to propel myself around the new Ironman course before dark, and more fortuitously, before the rains and apocalyptic winds ravaged the course.

Some triathletes’ bodies transform through the course of a year like butterflies, others are like bears. I am in the latter camp. The dark season transforms me into a garbage bear in Banff National Park, finding so-called “food,” of any kind, and gorging myself on it, lots of it, regardless of nutritive value or ethical sourcing. My summer race weight becomes nothing but cause for envy and self-loathing when December rolls around. I accept that, but the COVID crisis created another opportunity. Without a definite race in sight to pummel my friends and boost my ego, I took a chance. Instead of piling on the calories for the sake of gluttony, I used those bags of Old Dutch salt and vinegar potato chips, stacks of pizzas, and six-packs of ale, to fuel my attempt at running more than I ever had in my life, in the middle of winter, at the start of my 58th year. Would 100 runs in 100 days give me the silver bullet I needed to run down Cody Beals, if he should be so brave as to race in Penticton in August, or would it just give me a case of Achilles tendinitis that I could use as an excuse (again) for the next 18 months? Neither, as it turns out, but the consistency of running for a minimum of 30 minutes every day kept me at the lowest Christmas weight I have seen since the mid 1980s.

Although the phrase “when you are given a lemon, make lemonade” has been said far too frequently in the past 18 months, it remains a true adage. As we near the end of this unique chapter of our lives, we can almost begin to think about the experience retrospectively. Those finishers T-shirts and medals from 2019 and 202? and the effort required to earn them will likely garner a lot more currency with us now that we’ve had to go cold-turkey on racing for 18 months, or more. Furthermore, the creative and hopefully productive diversions that you have provided for yourself may forge you into not only a more grateful athlete, but also a more well-rounded person in the years to come.

Kevin Heinz is a regular contributor to Triathlon Magazine Canada.