Eight years ago Switzerland’s Philipp Bosshard was welding in a 65 cm pipe, nine metres underground, when the oxygen around him suddenly ignited. His entire body went up in flames – 88 per cent of his skin was burned. When they got him to the hospital, the doctors were pretty sure he wouldn’t survive.

The next few years of his life were spent in hospitals. The pain was so intense that at times he contemplated suicide, just to escape the agony. Much of the recovery involved relearning how to do basic things like walk. During that recovery, one of his physiotherapists encouraged him to set some sports oriented goals – the daily movement would be good for his skin. He started with running. 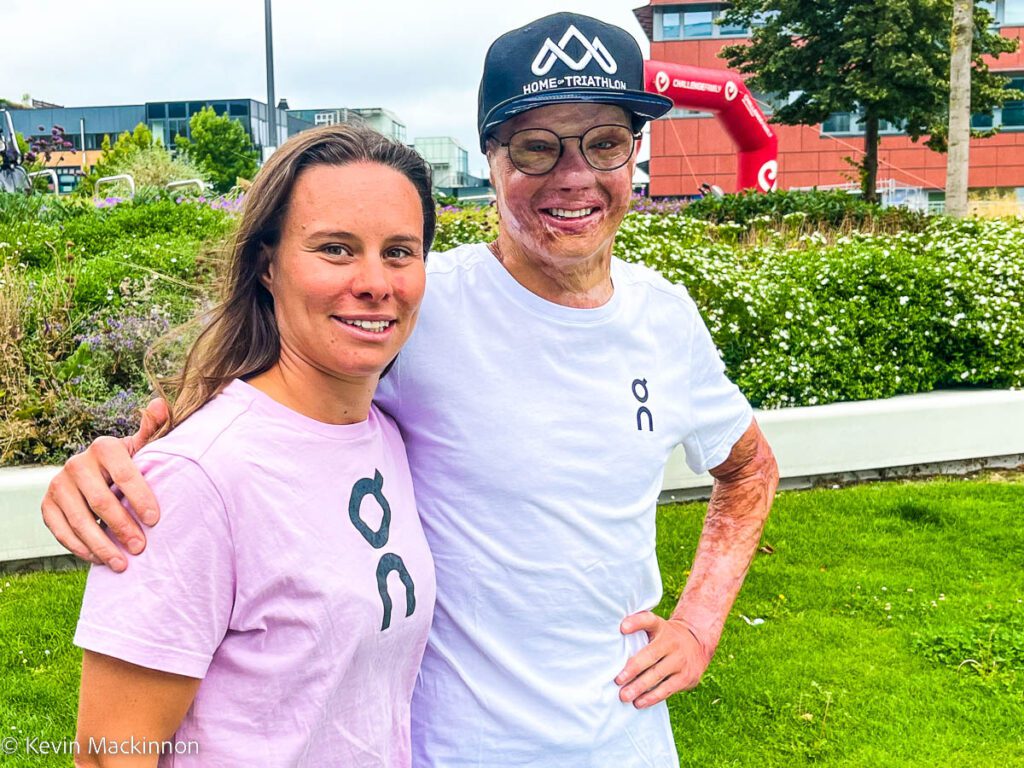 Fast forward eight years and Bosshard is in Almere, The Netherlands, with his coach Semira Bontognali, preparing to compete at Challenge Almere, Europe’s oldest triathlon. While he’s completed a number of Olympic-distance races, he’s here to compete in his first half-distance race. Almere is the perfect spot to try this distance for Bosshard since the race typically enjoys moderate temperatures. Because of all the burns, Bosshard doesn’t sweat, which means competing at events where the temperature gets above 25 C is almost impossible since his body can’t cool down enough. The burns have also restricted his movement, so while his right arm can stretch above his head, his left can barely get above his shoulder.

He took up triathlon four years ago, and has been working with Bontognali for about two and a half years. When they started he could barely get through a 100 m interval in the pool in 2 minutes and 40 seconds. Now, when he’s “smashing a set of 100s” he’ll often finish them in 1:30. 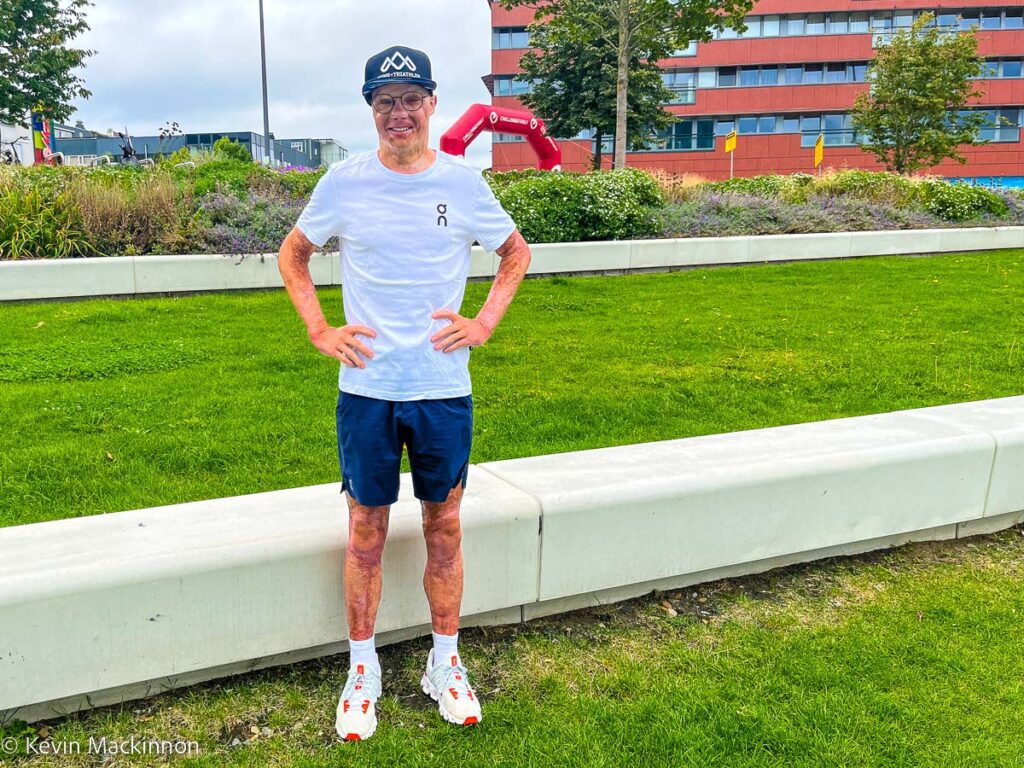 “Get back, move on,” is Bosshard’s motto, and he’s a walking embodiment of that message. He’s uses his story as a way to motivate people to take on challenges and to show others that no matter what challenges have been thrown your way, “it is possible to have a fulfilling life again.”

Compared to those dark moments when the pain was so intense he wanted to die, Bosshard now says he’s really happy with the life he’s been able to create after the accident. Triathlon is a way to pass on the message he wants to promote – rather than wallow in self pity after his terrible accident, he’s most definitely “moved on.”

It will be special to be at the finish line tomorrow to help him celebrate his first half-distance finish.