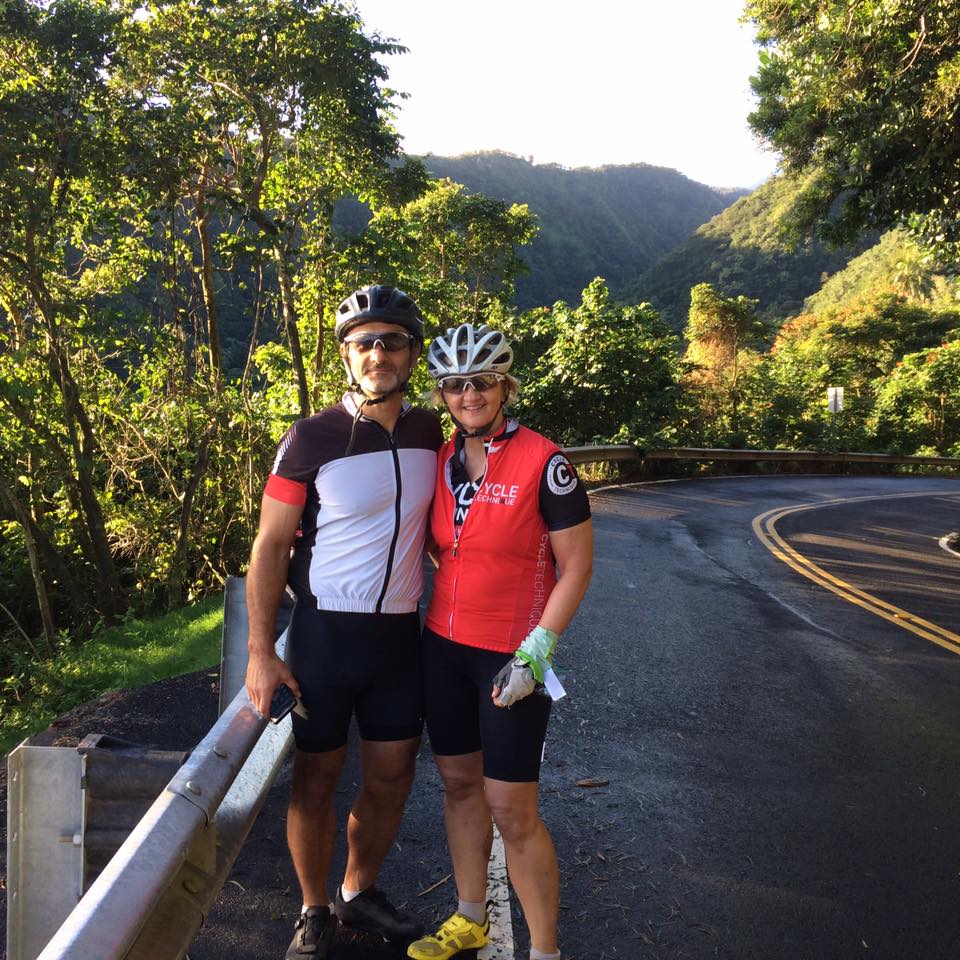 It was inevitable that Ann Walling and Genady Balik would eventually figure out they were soulmates. There aren’t a lot of people at the gym at 5 a.m., and for more than a year, they’d nod and wish one another a polite hello on the way to their respective treadmills.

But it wasn’t until Balik, once a national-level weightlifter in his native Latvia, found out from a fellow gym rat that Walling owned the fast lane in the pool that he ventured to tell her that for years, he’d had it on his bucket list to complete a triathlon. The problem was, he couldn’t swim.

“Watching Ann — how effortlessly and easily she glides through the water, it was fascinating,” he recalls, two years later.

Walling gave him a few tips and sent him a link to the Total Immersion swim-coaching site, persuading him to sign up with her for a weekend course early that spring. Like every challenge Balik faces, he tackled learning to swim with a vengeance.

“For four months, all he did was work on his technique,” she says. “He didn’t put any speed into it; he didn’t do anything except work and work on learning to swim properly. Now he’s got the best stroke — better than mine, because mine is filled with mistakes from the past.”

Walling neglects to mention that even with her hard-to-unlearn “old defects,” she is still first out of the water in her age group in every triathlon. The Quebec City native did pre-med studies at University of Miami on a swim scholarship, on track to compete in breaststroke in the 1980 Moscow Olympics until Canada pulled out.

The Montreal cardiologist is humble — and generous. When she left for Mallorca to compete in the May 2016 Ironman 70.3, she lent her new swimming protegé her Cervélo P3 because Balik didn’t own a road bike.

“He had to buy bike shoes,” she says. “He’d never pedalled clipped in. He came back from one of his first hilly rides and said to me, ‘Your Garmin says my average watts was 330. Is that OK?’” (That’s pretty impressive pedal power for a trim, compact guy who was still learning how the gears worked.)

By the time Balik struck “triathlon” off his bucket list three months later, completing the long course in Kingston in a respectable 3:52:32, Balik and Walling were romantically involved — and committed training buddies. 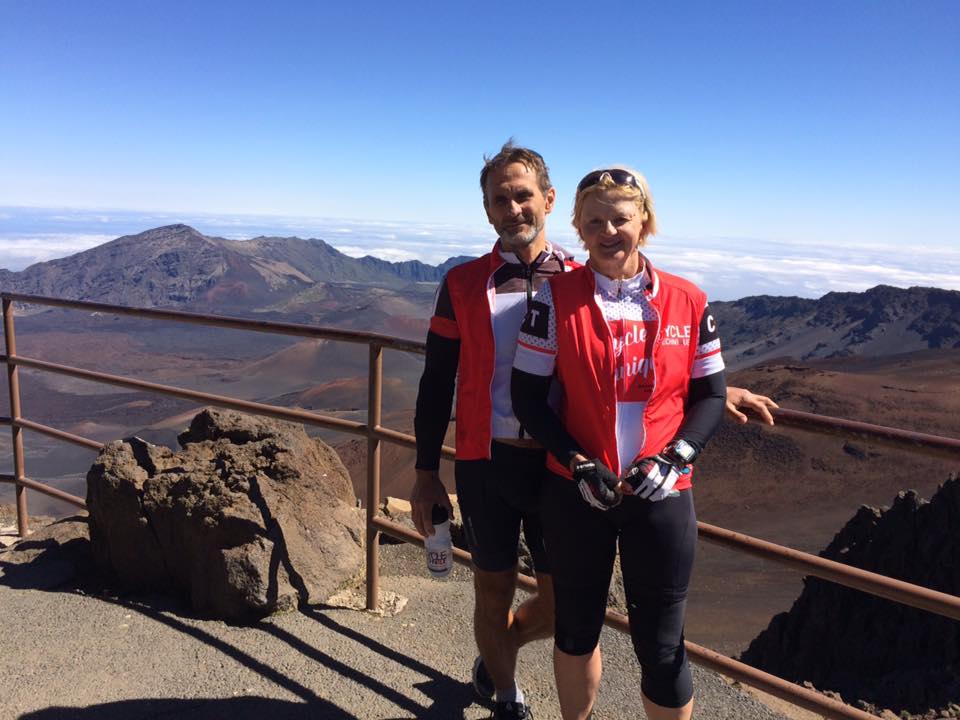 Valentine’s Day is behind us, but what I love about their how-we-met tale is the unlikelihood of Cupid’s arrow finding its target, had it not been for those early-morning treadmill sessions and a shared love of new challenges. Balik, who came to Canada as a refugee with his young family in 1989, was close to 18 kilograms overweight a few years ago when he signed up at the neighbourhood Y, determined to get back the six-pack he’d had as a youth after his teenage son bet him he couldn’t do it. By the time he met Walling, Balik was training for a Spartan race on Mont Tremblant.

Walling has been trudging through predawn darkness to the pool since she was a kid. Now, with rounds at Montreal’s Jewish General Hospital starting at 7:15 a.m., she is up at four o’clock to get in the workout she says she needs to keep her both fit and sane.

Balik’s early morning regimen is the product of the years he spent in military school in Kaliningrad, in what was then the Soviet Union.

“I hated running,” Balik tells me. “Through my entire youth, I’d been forced to run, for judo, for wrestling. In military school, it was the first thing you had to do, every morning.”

He might have run through gritted teeth, but it turns out the longer endurance races suited him perfectly. With Walling’s encouragement, he signed up for a half marathon and then for the Philadelphia marathon in the fall of 2016, qualifying for Boston in 3:12:39.

They are each other’s best cheerleaders, and each credits the other with motivation, especially when it comes to putting in the indoor miles they do side by side on their trainers in the offseason.

“Sometimes after a really hard Zwift workout, we admit to each other that we’d both thought about quitting, if only the other would have,” Balik laughs. “You know, when you hit that point and it’s just so hard, I look over at her, and she’s still going. Meanwhile, in her head, she’s thinking, ‘I can’t believe this guy, he’s still pedalling. I have to keep going.’”

Ironically, Walling says she actually spends less time triathlon training these days than when she was working out solo.

“My life is more balanced now,” she says. “I used to use training as an escape.”

Training less but training smarter, with someone who is watching out for her, while he’s making plans for a sit-down meal or some triathlon-free downtime, Walling has been injury-free and healthier than she’s felt in years.

As soon as Balik has Boston behind him in April, they’ll both step up training for Mont Tremblant 70.3 in June, then they’re off to Rügen, Germany in September, hoping to qualify for the 70.3 World Championship in Nice, France in 2019.