While four pros were competing against each other on Facebook Live during the inaugural Ironman virtual reality race, Mirabel, Quebec’s Francis Martin was completing his half-distance simulation outside – he finished third overall in the pro category, two spots ahead of Ironman VR Pro Challenge winner Patrick Lange. 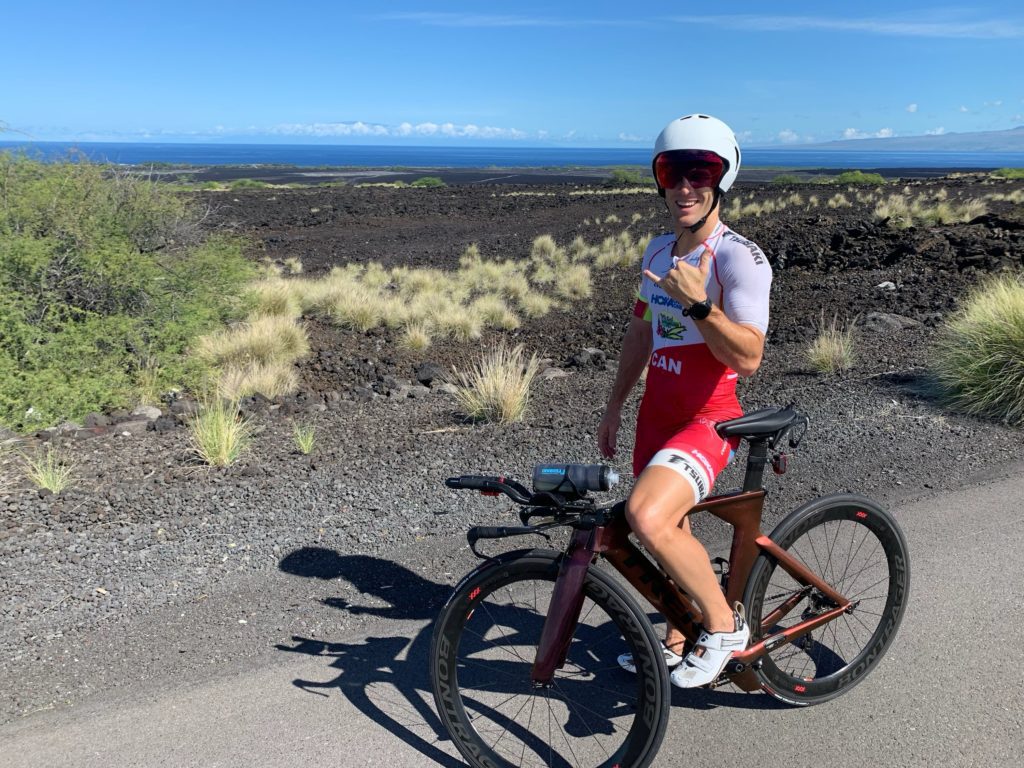 Determined to show people “that it is possible to achieve our dreams even if we have a very busy life,” Francis Martin turned pro this year while maintaining a non-stop schedule as a dad and the regional director of Tsubaki Canada, a Japanese company that manufactures industrial chains.

Martin’s pro debut race wasn’t quite what he’d originally envisioned – he’d originally planned to compete at Ironman 70.3 Texas in early April, but instead found himself hitting the roads around his home in Mirabel, Que. to take on the Ironman VR1 challenge – a 5 km run/ 90 km bike/ 21.1 km effort he completed over the weekend of April 4 and 5.

While it wasn’t quite as glamorous as a podium finish might have been in Galvesto, Francis did end up third in Ironman’s inaugural virtual reality race, two spots ahead of the Ironman VR Pro Challenge winner from that weekend, two-time Kona champion Patrick Lange. You can find the full results from Ironman VR1 here. 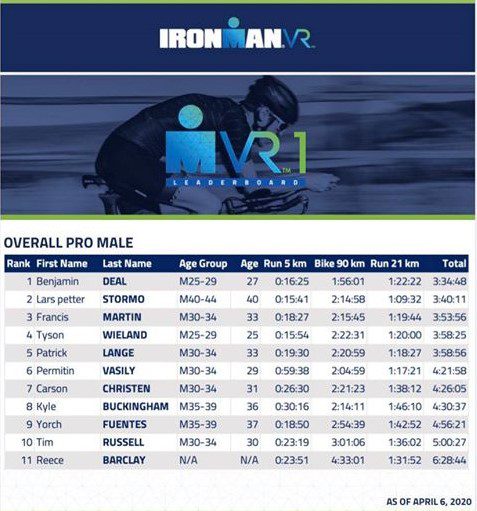 Formerly an elite cyclist, Martin competed in his first marathon in 2012 and did his first half-distance triathlon at Ironman Mont-Tremblant in 2014. Within a few years he was all in on the full-distance front – he hired a coach in September, 2017 and 10 weeks later had nailed himself a qualifying slot for Kona thanks to a  9:40 finish at Ironman Los Cabos. In 2018 he made his debut in Kona, finishing in 9:18 – he was the fourth Canadian age grouper that year.

Last year Martin used his impressive bike talent to top the bike standings at both the Ironman races in Mont-Tremblant, taking second in the 30 to 34 age group at the 70.3 race and fourth at the Ironman race, while posting the fastest age-group bike splits at both events. In Kona last year he was the fastest in his age-group on the bike, but had to settle with just finishing the race on the Big Island thanks to an injury. 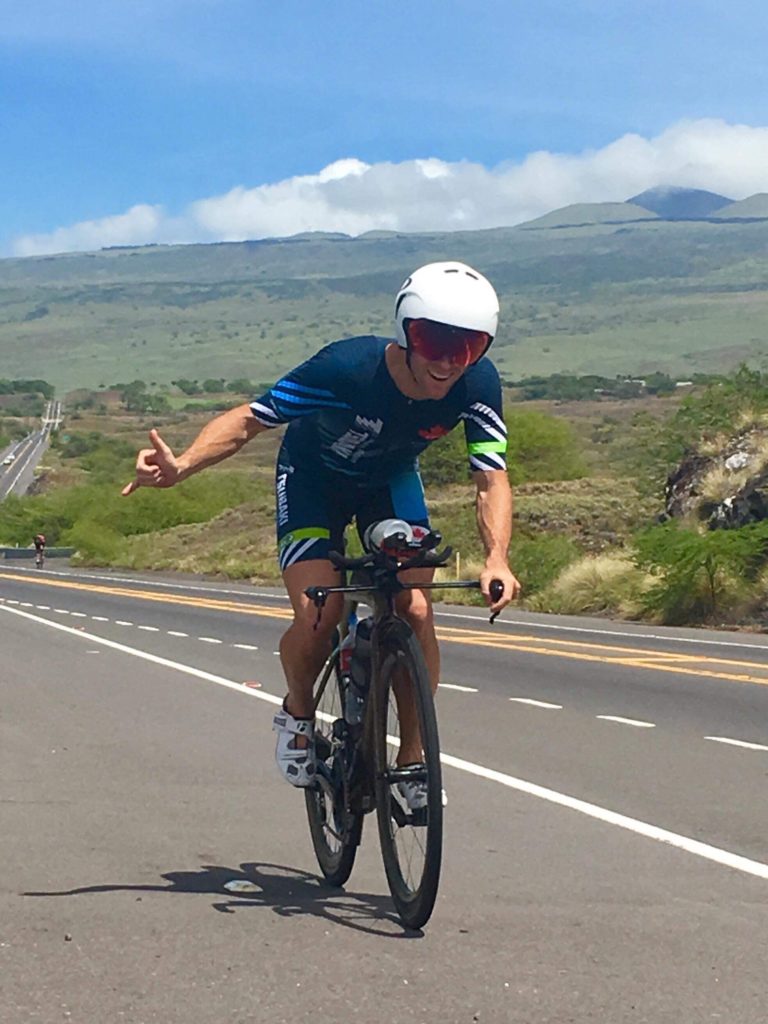 The 33-year-old somehow manages to balance work, parenting (he has a three-year-old son and a five-year-old daughter) and 14- to 30-hour training weeks as he strives to fulfill his dream of competing with the world’s top triathletes. He’d originally planned on competing at 70.3 races in Texas and Chattanooga in April and May before competing once again at Ironman 70.3 Mont-Tremblant and Ironman Mont-Tremblant this summer, but his real-life pro debut will have to hold off for a while thanks to the coronavirus COVID-19 pandemic.

“We will have to reschedule all this, as you can imagine,” he says. “As for the new plan, I will see, but I will for sure be racing as much as I can. Starting the season late will only allow me more time for my pro transition.”

Martin describes his first race of the season as ” the craziest season debut ever seen.” It certainly is an interesting year to embark on a pro career, but anyone who can balance all that he’s got going right now will no-doubt be able to handle these challenges and many more. We’ll look forward to checking out his non-virtual pro debut – hopefully later this year. You can follow Martin’s journey on his Facebook page @FrancisMartinTriDad.