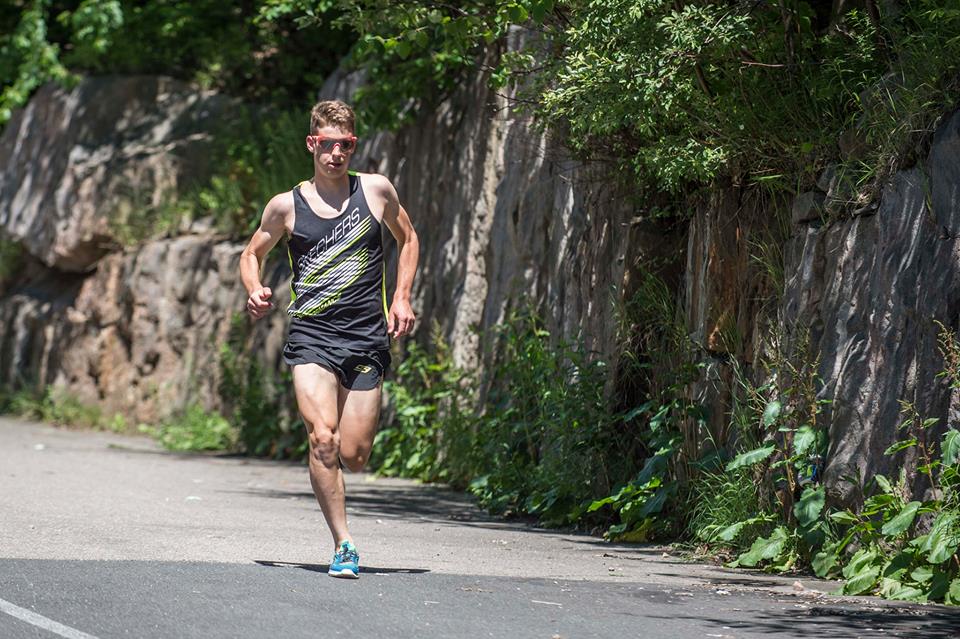 A day out from racing in his hometown race, Ironman 70.3 Mont Tremblant, we got to speak with Antoine Desroches about school, his season so far, Tremblant and his plans after.

Related: Tips for Ironman 70.3 Mont Tremblant from a pro

TMC: School is done now, how was your year at McGill?

AD: The school year was great. This year was my last year in my Nutrition and Food Science four-year degree. The first semester I did a three-month internship with St Ambroise. It was a lot of work balancing training and the internship, with a number of hours in each, but the experience was great.

Then in the 2nd semester, I did my remaining electives, which was great because the course workload was much easier than in the past.

And earlier this month I graduated. I am super excited to move on and see what’s down the road.

TMC: What is down the road?

AD: Plans right now is to take some courses in Kinesiology during the fall semester, before entering a Sports Nutrition Masters program at Université de Montréal. I am excited to combine my passion for healthy eating and sport.

TMC: That’s awesome! So, the season so far, maybe walk us through the last few races?

AD: 70.3 Texas was decent. I had some great preparation leading into the first trace of the season. I joined a new coach over the winter to work on my running, a weakness of mine. Leading up to Texas I was putting in 140km run weeks, and feeling great. Anyways, early into the bike, I got into a crash. I landed badly on my hip. I finished the race, but it was a struggle.

I continued to train, but something was up. The hip injury was affecting my workouts, and I went into 70.3 St. George hurting. My result at St. George reflected that.

Then at 70.3 Chattanooga, I pushed through the pain again. I was feeling much better leading up to it, but after the race, the pain in my hip was bad. I look back at it; I really should have taken time off after Texas. But considering my training for Chattanooga, I am happy with the result.

Went for it today at #im703chatt ! Pushed the pace on the 🏊‍♂️ and 🚲 but paid the price at the end of the bike and on the 🏃🏻‍♂️! But sometimes you gotta take chances! This is racing! #ironman #ironmantraining #ironmantriathlon #tri #triathlon #ironmind #huub #skechers #run #running #runner

AD: So, it’s pretty cool. After Chattanooga, I got some medical exams done. There was a fair bit of inflammation, but no structural damage. However, what they did find was my left leg was longer than my right. While analyzing my past injuries, this explains a lot of my injuries; left leg shin splints, right hip overuse injuries as a way to compensate. It’s pretty cool, and now I have elevated insoles in my right shoe, to compensate for the shorter leg. When training I am feeling much better, and the hip is doing good.

What do you expect for Mont-Tremblant?

AD: It is a course that suits me. The bike has a great mix of terrain. And the run is something I have been working on.

Honestly though, if it was any other race, I don’t think I would compete. I do not have the training I would have wanted coming into this race. But, it is my home race. I love the energy when racing at Mont Tremblant, the volunteers, the racers, friends and family: I can’t wait.

What is after Mont-Tremblant?

AD: My big goal race this year is Ironman Mont-Tremblant in August. After this race, I will be taking some time off before I go into my training for the Ironman.

Then after that, it’s up in the air. I will take some time off and go on vacation with my family to Kona for two weeks. There I hope to do a bit of riding and running on the iconic Kona course: biking the lava fields and running out to the energy lab.

I will look to close the season with a few half Ironman races and maybe one more Ironman.